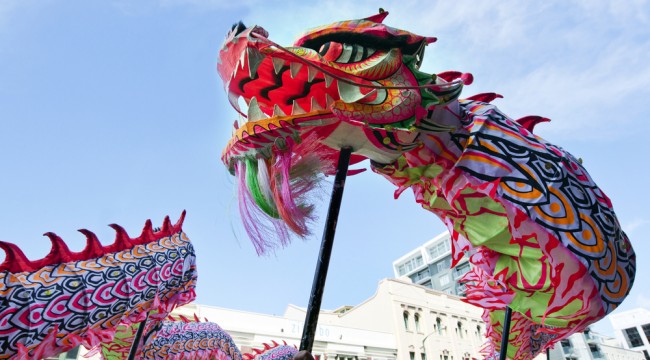 In terms of profitability and trade-generated wealth, China is a hollow dragon.

It is widely assumed that manufacturing (a.k.a. the world’s workshop) is the source of China’s wealth. But how can this be true, given that manufacturing profit margins are razor-thin in China, and have been since the early 2000s?

Given that as little as $10 of the value of every iPhone or iPad actually ends up in the Chinese economy, how can anyone claim manufacturing has generated enormous profits?

Analysts differ over how much of the final price of an iPhone or an iPad should be assigned to what country, but no one disputes that the largest slice should go not to China but to the United States. That intellectual property, along with the marketing, is the largest source of the iPhone’s value.

Taking these facts into account would leave China, the supposed country of origin, with a paltry piece of the pie. Analysts estimate that as little as $10 of the value of every iPhone or iPad actually ends up in the Chinese economy, in the form of income paid directly to Foxconn or other contractors.

Foreign funded enterprises (FFEs–typically joint ventures between a foreign firm and a domestic Chinese company) dominate Chinese manufacturing. In the 2000s, the share of industrial machinery exports produced by FFEs grew from 35 percent to 79 percent. In computer equipment, FFEs’ share rose from 74 percent to 92 percent.

Meanwhile, the state-owned enterprises (SOEs) that have long dominated China’s economy remain inefficient, unprofitable and dependent on government-subsidized loans for their survival.

It may be the Chinese copied the old British Empire system without ever fully understanding it. As AJP Taylor pointed out back in 1965, the British direct trading account of exporting finished products only showed a surplus over food and raw materials imports one year in the course of a century from the 1820s – 1920s.

The deficits were always made up by profits from shipping services, banking and trade finance, insurance and overseas investment dividends.

“A loss leader is a pricing strategy where a product is sold at a price below its market cost to stimulate other sales of more profitable goods or services.”

Unfortunately for China, it is generally not to be found in these really profitable sectors internationally. China used nearly free labor to make itself the dominating competitor in what was always the least profitable sector of the British Empire. China is now left with just loss leaders.

In effect, China has been running a loss leader manufacturing economy without developing global profit centers in shipping, insurance, banking and trade finance–the source of big profits in every modern trading empire.

As I have explained here before, trading paper money for tangible goods and commodities is not only a good deal for those able to trade essentially worthless currency for real goods, it is also necessary if you’re issuing the world’s reserve currency.

Understanding the “Exorbitant Privilege” of the U.S. Dollar (November 19, 2012)

I think we can safely say that creating money out of thin air and “exporting” that is much easier than actually mining, extracting or manufacturing real goods. This astonishing exchange of conjured money for real goods is the heart of the “exorbitant privilege” that accrues to the issuer of the global reserve currency (U.S. dollar).

The only way the U.S. can botch this skimming operation is if it allows its risk-free assets to become inordinately risky. In a $17 trillion economy with $84 trillion in net private wealth, issuing $500 billion annually in exchange for tangible goods and commodities is not about to threaten the entire edifice.

The same cannot be said of China’s renminbi (RMB), a.k.a. the yuan, which is just starting the long descent of devaluation–a devaluation that is already roiling markets and crunching profit margins in China by raising the cost of imported raw materials.

In terms of profitability and trade-generated wealth, China is a hollow dragon. Its gains have come on the coattails of the yuan’s peg to the U.S. dollar and an unprecedented four-fold expansion of debt from $9 trillion in 2008 to $28 trillion today.

Both have reached the point of diminishing return, and the consequences of this hollowness are becoming painfully apparent.