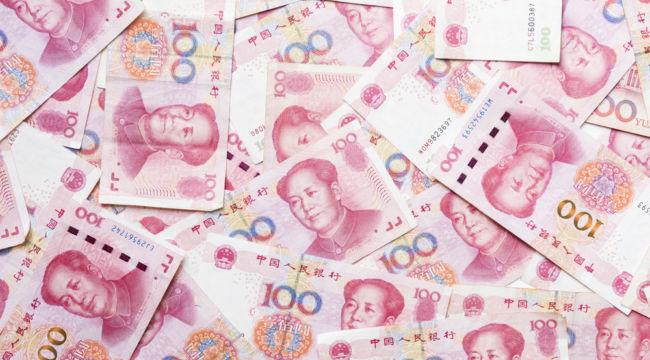 A large number of China analysts are concluding that growth in China is slower than the official government reports. In fact, growth is even worse than the pessimists imagine.

The statistics on Chinese GDP growth for the fourth quarter of 2018 and the full-year have been widely reported. Quarterly growth was 6.4% (annualized), the lowest ever reported. Full-year growth for 2018 was 6.6%, the lowest since 1990.

Those weak figures have to be adjusted downward to take account of consistent cheating by China in terms of accurate reporting of data. Private surveys show even lower annual growth, about 5.7%, compared with the official figures of 6.6%.

But that’s not the end of the downward adjustments. Both the official Chinese growth figures and the private surveys show investment is about 45% of total Chinese growth. About half of Chinese investment is pure waste in the form of white elephant infrastructure that is unneeded and cannot pay for itself and ghost cities that will never be occupied or used before they are obsolete.

These infrastructure projects do provide hundreds of thousands of jobs and billions of dollars spent on cement and excavation, along with steel and glass, but they produce no value. If China’s reports were subject to customary accounting standards, that “investment” would be written down to zero.

This write-down puts actual Chinese growth closer to 4.2%. Considering the exponential growth in debt needed to support these investments, China is best viewed as an inverted pyramid of massive debt supported by modest growth; this is a recipe for a debt panic and financial collapse.

As dire as these numbers may be, there’s no surprise in them. China is behaving like almost every emerging-market economy, albeit with more debt. Only naive Wall Street analysts and cheating Chinese Communist officials would extrapolate the former high-growth figures into the future. Expert development economists know better.

Multilateral agencies such as the IMF and the Organisation for Economic Co-operation and Development (OECD) divide economies into “low income,” “middle income” and “high income.” The dividing lines are measured in annual per capita income denominated in U.S. dollars. Low income is zero to $7,000 per year. Middle income is $7,000–17,000 per year. High income is above $17,000 per year.

As late as the 1960s and 1970s, development economists believed that the most difficult economic task for poor countries was to move from low-income to middle-income. From there, it was believed that the path to high-income would be direct and self-sustaining. It turns out these assumptions were incorrect.

Moving from low-income to middle-income is actually straightforward. It’s just a matter of reducing corruption, providing for a reasonable rule of law and facilitating migration from the countryside to cities.

From there, simple assembly-type jobs will be plentiful with the help of domestic savings and foreign capital. The path to middle-income status follows directly.

The truly difficult task in development economics is moving from middle-income to high-income. For this transition, more is needed than simple low-cost manufacturing. The economy must employ high technology and create more high-value-added products.

This is difficult because of the resources needed to obtain the high technology in the first place and the expense and time needed to train a workforce to utilize the technology. This is why companies such as Apple guard their technology so carefully and why countries like China work so hard to steal the technology.

The only countries since the Second World War to make the transition from middle-income to high-income are South Korea, Taiwan, Japan and Singapore. The rest of Asia, South America and Africa (if they are not low-income) are stuck in what’s called “the middle-income trap.”

In short, it’s easy to grow at 10% per year (China’s growth rate just a few years ago) when millions are flocking from the countryside to the cities and low-value factory jobs are plentiful.

It’s not easy to grow above 4% when the migration stops, the factory job growth stagnates and a trade war begins. China is moving quickly to the 4% growth plateau, a not-unusual result in emerging markets.

China has no clear path out of the middle-income trap despite their well-honed ability to steal Western technology. Technology theft is being made more difficult by Trump’s confrontation with China over trade.

China’s problems will not be going away anytime soon.