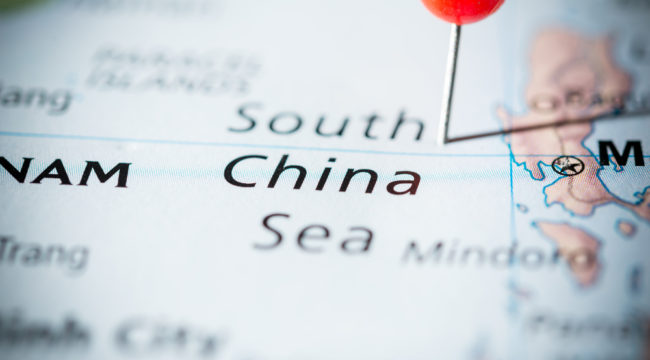 China Is More Fragile than You Realize

As the headlines about North Korean missile tests and tensions in the South China Sea break, it is important to remember that countries are often less stable and powerful than they appear.

China is no exception.

It is a mistake to refer to them as unitary actors. International crises are often the result of domestic actors who may view external conflict for their own political positioning against their domestic political rivals.

Because of these contending factions, governments can lose their legitimacy and vanish overnight. That fear of losing domestic legitimacy is a major driver of any government’s decision making.

China is faced with a constant need to demonstrate political legitimacy and a divided political leadership with different agendas. The Chinese leadership is also faced with the tectonic pressures of a potential financial collapse and growing regional and international reaction to their military expansion into the South China Sea.

China’s economy is not just about providing jobs, goods and services. It is about regime survival for a Chinese Communist Party that faces existential risk if they stumble. Given the systemic problems inherent in trying to run an economy in the absence of the accurate price signals only free markets provide (a problem for both Chinese socialism and the West’s corrupt crony markets), their challenges are worsening every day.

Malinvestments the size of ghost cities are not lost on the world’s central bankers who fear a systemic collapse of China’s economy, nor on the brilliant investors who are betting on China’s collapse like they bet against the corrupt banking products in the U.S. housing bubble.

Before the 2008 financial crisis, the Chinese debt-to-GDP ratio was 147%; now, it is at about 250%. Quietly, the Chinese leadership has begun to lower growth expectations but even those numbers should be taken with skepticism.

The methodology used to calculate their GDP figures is not publicly known but uses economic data that can be manipulated for sake of appearances.

The government’s attempts to better regulate the system is stymied by local corruption where exaggerated assets and little documentation mask a wave of malinvestments. Like the appearance of no-doc “liar” loans in the U.S. in 2004-2006, the entire shadow banking system is signalling risk of systemic collapse.

Another source of malinvestment is the real estate market. Commercial real estate bubbles are breathtaking and residential real estate values have begun to fall. This seriously threatens social unrest as many Chinese families have put their life savings into real estate believing well intended but nonsensical government assurances of support to an ever increasing housing market.

As is typical with most countries, the Chinese government tries to mask the ravages of inflation by adjusting their public measurement downwards. Doing so conceals the impact it has on households. But when values collapse wiping out the entire family savings for their old age, there will be a terrifying political backlash.

Yet another concern is that the 2008 Lehman bankruptcy marked a plateau in world trade. This has been particularly difficult for China as exports accounted for more than 40% of their GDP.

With reduced global trade, China began to lose competitiveness in the market place. Inflation of the money supply in the Chinese economy required higher wages to offset rising prices. In turn, China tried to move into higher value exports by manufacturing more technologically advanced and complicated products. Unfortunately, in the transition, quality suffered and foreign markets began to look for alternatives to Chinese components.

As foreign manufacturers shift operations away from China in favor of other countries such as Vietnam, China now wins only those foreign companies targeting the Chinese domestic market. World trade continues to grow at a slow pace. Therefore, China must tackle the transition toward building their domestic economy.

This is a challenge for any government but with a population that is no longer growing, a corrupt and heavy handed government pursuing economic policies that will ruin their currency and destroy their pensioners’ savings, the Chinese leadership is right to fear the day the Chinese people realize that they will grow old long before they grow rich.

In recent years, China has assumed military control of almost 90% of the South China Sea. It has declared control of the airspace and created artificial sand bar islands in international waters and in the waters of other nations using dredging equipment.

This is a direct challenge to countries with competing claims to those same resources. By 2016, China had created 3,200 acres of these artificial islands, many of which are armed with anti-ship and anti-aircraft missile emplacements, military airfields and supplies. While of minimal value in active combat, these militarized sandbars complicate U.S. and allied actions short of open hostilities.

In contrast to former Chinese leader Hu Jintao’s strategy of a “peaceful rise,” this clear territorial grab has been described as “out of character”. But countries do not have “characters.” They have competing factions whose fortunes and policy initiatives rise… and fall.

While Chinese expansion into the South China Sea has alienated their neighbors and alarmed regional rivals such as India and Japan, one assumes the Chinese anticipated such a response and still judged the expansion worth the downside reaction.

By installing a permanent presence in the South China Sea, China’s regional dominance is unquestionable. It will allow for China to install a permanent sensor system and additional defenses against submarine operations aimed against China’s sea-based nuclear weapons.

They will also likely increase their surface-to-air weapons and land-based antiship missiles protect their current military installations. Heavier defenses will be described as in response to freedom-of-navigation operations by the U.S. and other allies.

The garrisoned islands in the South China Sea are nothing more than a peacetime strategy of deterrence. They are surely not serving a tactical purpose.

Once hostilities breakout, the island garrisons are of minimal value. U.S. air and naval forces will reduce them from standoff ranges that will give them nothing at which to shoot back. While ships can move, islands cannot.

Should a military confrontation arise between China and the U.S. in the South China Sea, China’s at-sea outposts would have to be rolled back quickly in response to missile attacks and airstrikes. That would, in turn, strand People’s Liberation Army Navy personnel on the island.

All in all, these islands simply demonstrate China’s commitment and raise the stakes for U.S. and allied policy makers.

Given the rhetoric from the U.S. and regional allies, the world appears on a collision course in the South China Sea. Regardless of how necessary or reasonable the Chinese actions may seem in their eyes, they have provoked a collective regional response that the new U.S. administration appears willing to lead.

It is hard to see how this will end well for China.

Countries are generally more unstable than we know and China is no different. The Chinese leadership have for decades believed the U.S. was an empire in decline and that time was on their side.

But given the size of their population, their violent history of regime change, the tectonic malinvestments and foreign military pressure, the Chinese Communist Party may have less time than everyone believes.