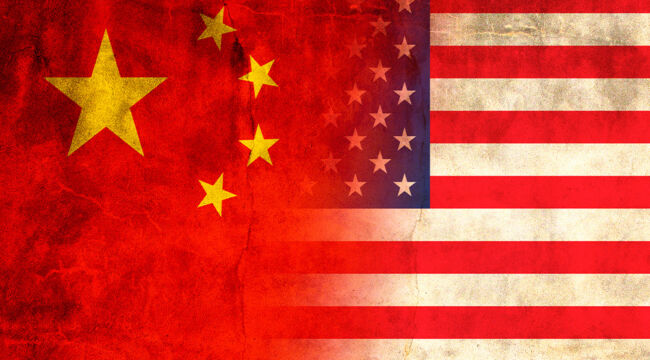 Spying is as old as civilization. As long as there have been leaders with secrets and armies on the march, opponents have wanted to know what they’re thinking and where they’re going. Hence the need for spies.

And it comes as no surprise that the Chinese are as good as anyone when it comes to spying and that their main target is the United States. What may come as a surprise is the scope of their success and the enormous number of operatives, influencers, sleepers and other varieties of spies who have already infiltrated critical U.S. institutions.

But the old fashioned methods of the human spy penetrating organizations, gaining trust and stealing secrets have never gone away. In fact, that type of human intelligence (HUMINT) seems to be having a renaissance.

Members of the Chinese Communist Party who pledge to “fight for communism throughout my life … and… be loyal to the party” are hard at work inside companies like Boeing, Pfizer and Qualcomm, political strongholds like the U.S. State Department, and on Capitol Hill.

Other spies operate clandestinely, including a woman named Fang Fang, a young attractive Chinese spy who worked her way into an intimate relationship with Congressman Eric Swalwell (D-CA), a member of the House Intelligence Committee who routinely receives classified briefings.

This is a classic intelligence technique known as a Honey Trap. Swalwell fell for it. Somehow Fang got a heads up and fled back to China before she could be turned into a double-agent or simply arrested by the FBI.

No word yet on who gave her the heads-up, but Swalwell is suspected. The Chinese intelligence services have also penetrated academia using so-called Confucius Institutes (cultural exchange facilities that are really nests of spies) and lavish research grants.

Too often, Americans are ensnared in Chinese spying efforts either because they are naive or just  greedy for the money the Chinese spread around. U.S. targets simply turn a blind eye to the damage to America.

Until things change, America’s technological and strategic edge will be blunted by Chinese theft of secrets and compromise of elite decision-makers. Let’s hope this changes, but don’t hold your breath.

Will the U.S. intelligence community get a grip on the Chinese threat?

There’s good news and bad news. The good news is that the U.S. The Intelligence Community, particularly the CIA, seem to have woken up to the fact that the world has changed.

The bad news is that it still seems to be riddled with the same hidebound bureaucrats, the same ‘go along to get along’ guys I saw during my years at the Agency.

A big problem is the “culture of secrecy.”

Forty years ago, secrets were valuable, and open-source information was not particularly useful beyond just keeping up with the news. Information used to be a scarce resource. But that world has changed.

Today, information flow is like a fire hose; there’s almost more than you can process. The scarce resource today is not information; it’s analytic ability.

There’s not much going on behind closed doors that you can’t find or infer from open sources.

When I told this to CIA officials 14 years ago, I was mostly brushed off or ignored. So, at least they now recognize that I was right. The bad news is that the CIA still filters information through ideological blinkers.

Carmen Medina, a former CIA Deputy Director of Intelligence says, “the 2020 Presidential Election was the most secure in history,” when in fact it was riddled with fraud, as demonstrated by ample video, eyewitness and forensic evidence.

While the CIA is giving open-source information its due (about twenty years too late), it still bungles the analysis with a triumph of ideology over cold, hard analytic technique.

The ground team is very good. The junior ranks are committed to their jobs and do them well. The problem is the senior ranks, who often look to political considerations.

That does not bode well for America’s ability to stand up to China in the new administration. Further economic distress for the U.S. is a predictable result.