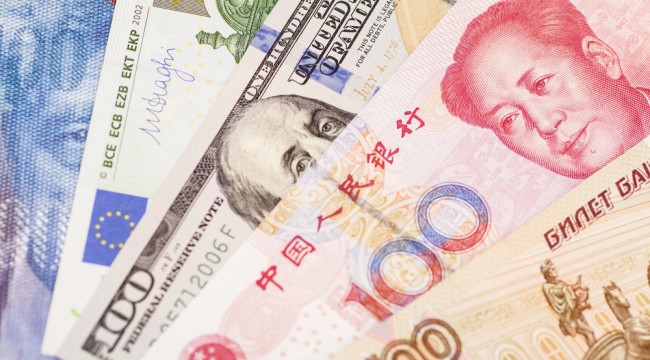 Sometimes it feels like the market is one giant ant farm.

Investors and traders build all of their little tunnels, and then all of a sudden someone shakes the ant farm causing impending chaos for the hapless ant denizens.

In this case, it was the People’s Bank of China (PBOC) that shook the ant farm – and they did it multiple times this week.

It all started early Tuesday morning of last week as China moved the midpoint of the yuan’s peg by 1.9%, the biggest move since 1994. The PBOC called this change a “one-time adjustment” and said its fixing will now become more aligned with supply and demand.

They then proceeded to devalue the yuan two other times throughout the week for a combined 4.4% decrease in value.

The Chinese central bank now claims that the yuan will move more according to market forces, which is necessary to get included into the International Monetary Fund’s basket of currency known as Special Drawing Rights (SDR).

We most recently warned about the inevitability of such central bank moves about a month ago, when the Bank of Canada decreased its benchmark rate for the second time in six months.

However, it wasn’t until these moves by the PBOC that the market really felt uneasy, and the term “currency war” entered back into the public vernacular.

Investors are clearly shaken up, as all sorts of trading went haywire in the aftermath of the yuan devaluation.

Countries that are inextricably linked to China by regional trade, such as Singapore, Australia, and New Zealand, all had their currencies fall as well.

Some emerging markets were also affected strongly, with the Indian rupee dropping -2.3% through the course of the week against the USD.

However, the biggest impact was to commodity prices. A lower yuan means imports are more costly and creates incentive to buy from domestic Chinese producers of base metals and energy.

The devaluation was also interpreted by traders as an admission by the Chinese government that the economy is weak, and this helped copper and oil (WTI) tumble.

Copper is at its lowest price ($2.35/lb) since the tail-end of the Financial Crisis, and WTI oil continued its worst summer in trading history to end up in a similar position at $42.35/bbl.

Gold was up on the week by about 1%, but it is also bouncing off of its lowest price since 2010.