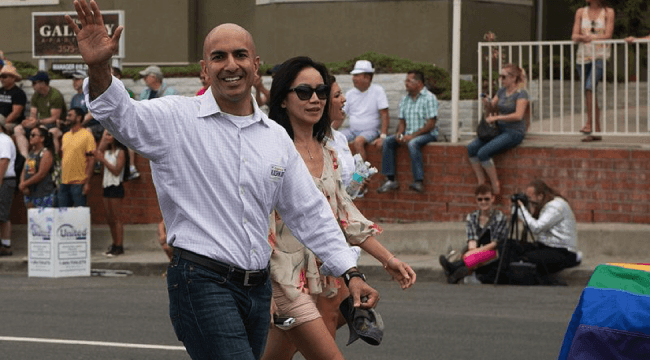 We can’t remember the last time we’ve seen such candor — in public, anyway — from a central banker.

“We won’t see the next crisis coming,” says Neel Kashkari, president at the Federal Reserve Bank of Minneapolis.

During the Panic of 2008’s darkest days, Treasury Secretary Hank Paulson appointed Mr. Kashkari as point man for the bank bailouts. His background was, well, interesting. At the time, he was 35 years old, an aerospace engineer by training. After a gig at NASA, he picked up a Wharton MBA and went to work at Goldman Sachs.

At the time, we were contemptuous: “We’re about to spend $700 billion,” mused our fearless leader Addison Wiggin here in The 5. “Perfect, let’s go find a young, brainy technocrat to decide where. That ought to do the trick. Why bother with history, economics, philosophy or any of those trite humanistic trades?”

But it seems Mr. Kashkari learned a thing or two on the job. “I believe the biggest banks are still too big to fail and continue to pose a significant, ongoing risk to our economy,” he said yesterday at the Brookings Institution in Washington.

It was his first speech as Minneapolis Fed chief. He went so far as to say the big banks should be broken up into “smaller, less connected, less important entities.” 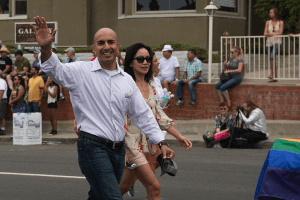 Kashkari settled for the Minneapolis Fed gig after losing to Jerry Brown in the 2014 California governor’s race. [Wikimedia Commons photo by Tristan Loper]

“There are lines in your speech I can imagine a Bernie Sanders or Elizabeth Warren saying,” said the event’s moderator. “It’s not what one expects from a Goldman Sachs Republican.”

Politics aside, there’s nothing like the right message at the right time, no?

“For the first time since 2008, it looks like central banks are losing control of the global financial system,” chimes in our Jim Rickards.

That was a prime reason gold zoomed past $1,250 on Thursday. The Swedish central bank had pushed its benchmark interest rate deeper into negative territory… while Federal Reserve chair Janet Yellen fessed up under questioning from Congress that negative rates were a possibility here too. (And yes, she preceded her answer with the word “so” — the Yellen drinking game is still alive and well.)

“Nobody really understands what’s happening, including me,” said celebrity billionaire Mark Cuban that day — acknowledging to CNBC he was buying gold.

And so the U.S. Mint’s dealer network has been busy buying all the inventory the Mint can produce.

As of Friday, the Mint’s “authorized purchasers” had snapped up 70,000 ounces of Gold Eagles during February. That figure is now 104,000.

“At times, gold behaves like a commodity. The gold price tracks the ups and downs of commodity indexes. At other times, gold is viewed as a safe-haven investment. It competes with stocks and bonds for investor attention. And on occasion, gold assumes its role as the most stable long-term form of money the world has ever known.

“Right now, gold is behaving more like money than a commodity or investment. It is competing with central bank fiat money for asset allocations by global investors. That’s a big deal because it shows that citizens around the world are starting to lose confidence in other forms of money such as dollars, yuan, yen, euros and sterling.