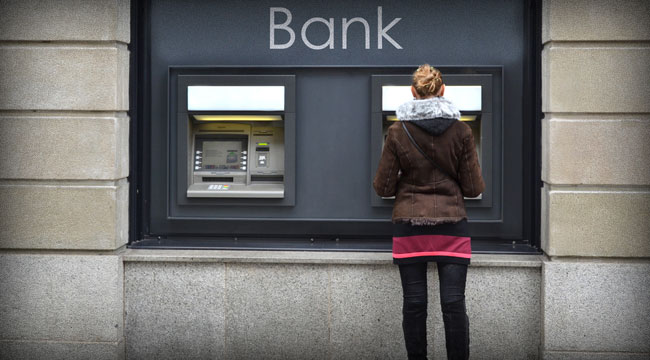 Defenders and critics of “free trade” and globalization tend to present the issue as either/or:

It’s inherently good or bad. In the real world, it’s not that simple. The confusion starts with defining free trade (and by extension, globalization).

In the classical definition of free trade espoused by 18th century British economist David Ricardo, trade is generally thought of as goods being shipped from one nation to another to take advantage of what Ricardo termed comparative advantage:

While Ricardo’s concept of free trade is intuitively appealing because it is win-win for importer and exporter, it doesn’t describe the consequences of the mobility of capital.

Capital — cash, credit, tools and the intangible capital of expertise — moves freely around the globe seeking the highest possible return, pursuing the prime directive of capital: expand or die.

Capital that fails to expand will stagnate or shrink. If the contraction continues unchecked, the capital eventually vanishes.

In today’s world, trade can not be coherently measured as goods moving between nations, because capital from the importing nation owns the productive assets in the exporting nation. If Apple owns a factory (or joint venture) in China and collects virtually all the profits from the iGadgets produced there, this reality cannot be captured by the models of simple trade described by Ricardo.

Trying to account for trade in the 18th century manner of goods shipped between nations is nonsensical when components come from a number of nations and profits flow not to the nation of origin but to the owners of capital.

This was recently described in a Foreign Affairs article, (Mis)leading Indicators:

If trade numbers more accurately accounted for how products are made, it is possible that the United States would not have any trade deficit at all with China. The problem, in short, is that trade figures are currently calculated based on the assumption that each product has a single country of origin and that the declared value of that product goes to that country.

Thus, every time an iPhone or an iPad rolls off the factory floors of Foxconn (Apple’s main contractor in China) and travels to the port of Long Beach, California, it is counted as an import from China, since that is where it undergoes its final “substantial transformation.”

That is the criterion the World Trade Organization (WTO) uses to determine which goods to assign to which countries.

Every iPhone that Apple sells in the United States adds roughly $200 to the U.S.-Chinese trade deficit, according to the calculations of three economists who looked at the issue in 2010.

That means that by 2013, Apple’s U.S. iPhone sales alone were adding $6-$8 billion to the trade deficit with China every year, if not more.