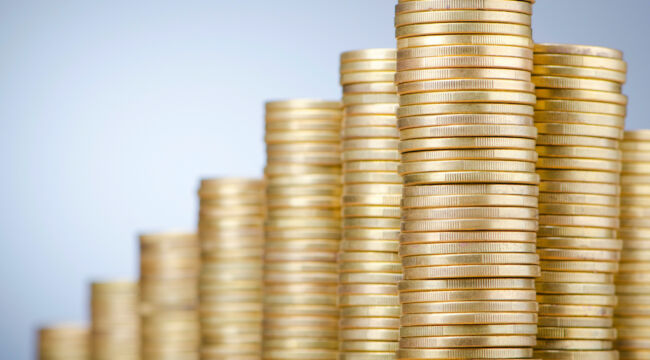 Gold as an asset class is confusing to most investors. Even sophisticated investors are accustomed to hearing gold ridiculed as a “shiny rock” and hearing serious gold analysts mocked as “gold bugs,” “gold nuts” or worse.

As a gold analyst, I grew used to this a long time ago. But, it’s still disconcerting when one realizes the extent to which gold is simply not taken seriously or is treated as a mere commodity no different than soybeans or wheat.

The reasons for this disparaging approach to gold are not difficult to discern. Economic elites and academic economists control the central banks. The central banks control what we now consider “money” (dollars, euros, yen and other major currencies).

Those who control the money supply can indirectly control economies and the destiny of nations simply by deciding when and how much to ease or tighten credit conditions, and when to favor (or disfavor) certain types of lending.

This power is based on money and the money is controlled by central banks, primarily the Federal Reserve System. However, the money-based power depends on a monopoly on money creation.

This is why the elites disparage and marginalize gold. It’s easy to show why gold is a better form of money, why it’s more reliable than central bank money for preserving wealth, and why it’s a threat to the money-monopoly that the elites depend upon to maintain power.

Not only is gold a superior form of money, it’s also not under the control of any central bank or group of individuals. Yes, miners control new output, but annual output is only about 1.8% of all the above-ground gold in the world.

The floating supply available for day-to-day trading and investment is only a small fraction of the total supply. Gold is valuable and is a powerful form of money, but it’s not under the control of any single institution or group of institutions.

Clearly gold is a threat to the central bank money monopoly. Gold cannot be made to disappear (it’s too valuable), and it would be almost impossible to confiscate (despite persistent rumors to that effect).

If gold is a threat to central bank money and cannot be made to disappear, then it must be discredited. So it becomes important for central bankers and academic economists to construct a narrative that’s easily absorbed by everyday investors that says gold is not money.

There’s not enough gold in the world to support trade and commerce. (That’s false: there’s always enough gold, it’s just a question of price. The same amount of gold supports a larger amount of transactions when the price is raised).

Gold supply cannot expand fast enough to keep up with economic growth. (That’s false: It confuses the official supply with the total supply. Central banks can always expand the official supply by printing money and buying gold from private hands. That expands the money supply and supports economic expansion).

You get the point. There’s a clever narrative about why gold is not money. But, the narrative is false. It’s simply the case that everyday citizens believe what the economists say (usually a bad idea) or don’t know enough economic history to refute the economists (and how could you know the history if they stopped teaching it fifty years ago).

The bottom line is that economists know that gold could be a perfectly usable form of money. The reason they don’t want it is because it dilutes their monopoly power over printed money and therefore reduces their political power over people and nations.

To marginalize gold, they created a phony narrative about why gold doesn’t work as money. Most people were too easily impressed by the narrative or simply didn’t know enough to challenge it. Therefore the narrative wins even if it is false.

In fact, central banks went from being net sellers to net buyers of gold in 2010, and that net buying position has persisted ever since. The largest buyers are Russia and China, but significant purchases have also been made by Iran, Turkey, Kazakhstan, Mexico and Vietnam.

In effect, central banks are signaling through their actions that they are losing confidence in their own money and their money monopoly. They’re getting ready for the day when confidence in central bank money will collapse across the board. In that world, gold will be the only form of money anyone wants.

As confidence in the dollar is eroded due to Fed money printing and congressional super-deficits, investors will gradually look for alternative stores of wealth, including gold.

These trends begin slowly and then gather momentum. As the dollar price of gold really begins to soar, investors will take notice. Even more people will invest in gold, driving the price still higher.

Investors like to say that the price of gold is going up. But what is really happening is that the value of the dollar is going down (it takes more dollars to buy the same amount of gold).

This is the real inflation and the real dollar collapse most investors miss at the early stages.

Eventually, confidence in the dollar will be lost completely, central bankers will need to restore confidence, and they’ll turn to some type of gold standard to do so.

We’re a long way from that point right now.

But if central banks are voting with their printing presses in favor of gold, if the super-rich and their advisers are all jumping on the gold bandwagon, what are you waiting for?

Here’s a once in a lifetime opportunity to front run central banks and acquire your own gold at attractive prices before the curtain drops on paper money.