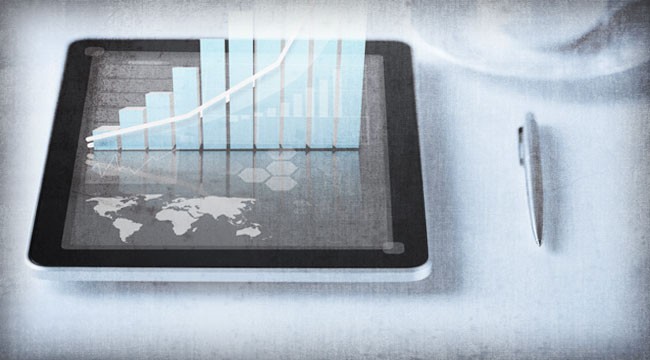 Central Banking Debunked in One Blog

Blogger Ben’s work is already done. In his very first substantive post as a civilian yesterday he gave away all the secrets of the monetary temple. “The Bernank” actually refuted the case for modern central banking in one blog.

In fact, he did it in one paragraph. This one:

Those forgotten times before the Greenspan ascent do not need to be gussied-up as a “golden era” to make the point. The numbers speak for themselves.

Since the turn of the century when the US economy became fully loaded with central bank enabled dishonest credit, the GDP trend growth rate has fallen to 1.7%; and it has averaged only 1.1% since the housing bubble peak in 2007.

The even more relevant numbers for real median family income also speak for themselves. Just as the national debt-to-income ratio was beginning its heady climb in the late 1980s, main street living standards peaked. They remain below that peak 1989 level even today.

That is, real living standards have fallen materially even as the balance sheet of the Federal Reserve soared from $200 billion (1987) to $4.5 trillion today.

The massive accretion of dishonest debt enabled by the Fed’s monumental balance sheet expansion and crushing financial repression in the last three decades has not improved the nation’s financial performance or well-being. Not by a long shot.

There is no affirmative case that control of interest rates spurs a magic elixir called more debt and higher leverage ratios which, in turn, generate improved economic performance and greater societal welfare and wealth.

Accordingly, the Keynesian central banking remit, perforce, rests on the default case of prevention of business cycle instability and warding off the alleged suicidal tendency of capitalism toward depressionary swoons.

Well, thanks to Bernanke himself we don’t have to deal with economic underperformance and business cycle instability. The blinding empirical reality is that since the arrival of Keynesian central banking under Greenspan and his successors we have had the “Great Immoderation”, not the nirvana of stable, endless growth and a recession-free world.

Indeed, as could be readily demonstrated on another occasion, the notion that central banking can prevent business cycle instability has been refuted by the entire US experience since 1950.

All of the earlier recession cycles were caused either by the wind-down of over-heated wartime economies as in 1953-1954 and 1969-1970; or occurred owing to excessive monetary stimulus by the Fed, which had to be corrected by an abrupt resort to the brakes. Clearly that was the case in 1974-1975.

It is even more evidently the reason why the Volcker’s triumph over double digit commodity and consumer inflation during the early 1980s required a deep slump to cleanse the inflationary excesses of the 1970s.

It is also the reason why the Greenspan money printing panic after the 1987 stock market meltdown was followed by the recession of 1990-1991.

We can leave the myths of the 1930s Great Depression for another day, but the short of it is summarized in my book TheGreat Deformation.

The Great Depression was a leftover consequence of the massive debts and currency inflation created during the Great War and the failed efforts to restore a sound money gold standard and liberal international trade and financial order during the 1920s.

But it was not due to a suicidal depression wish in the bosom of capitalism. Nor was it Hoover’s failure to embrace fiscal deficits after 1929. And most especially, it was not due to the Fed’s failure to go on a bond-buying QE style campaign in 1930-1932 as Milton Friedman and his academic subaltern, Ben Bernanke, argued first in the backwaters of academia; and then memorialized through a sweeping real world experiment after 2008.

“The Fed’s actions determine the money supply and thus short-term interest rates; it has no choice but to set the short-term interest rate somewhere. So where should that be? The best strategy for the Fed I can think of is to set rates at a level consistent with the healthy operation of the economy over the medium term, that is, at the (today, low) equilibrium rate.”

Why, it’s the Wicksellian solution — more than 100 years old and counting. Here are Bernanke’s comments on the “equilibrium real interest rate.”

They amount to pure gibberish — academic jargon for unbounded, plenary power to manage the entire pricing machinery of the world’s $300 trillion financial system.

Indeed, lurking in the intellectual mush below is the true rationale for the greatest exercise in mission creep during the entire history of the modern state:

“In a rapidly growing, dynamic economy, we would expect the equilibrium interest rate to be high, all else equal, reflecting the high prospective return on capital investments. In a slowly growing or recessionary economy, the equilibrium real rate is likely to be low, since investment opportunities are limited and relatively unprofitable.”

There is nothing in that paragraph that can be objectively measured or tangibly pegged. It is evident that even the Fed no longer knows what the “full employment” unemployment rate is.

Bernanke himself postulated a few years ago that it was in the range of 6.0-6.5%.

Besides that, the potential labor pool as measured currently by the Bureau of Labor Statistics omits upwards of 50 million adults who are not employed or on Old-Age and Survivors Insurance retirement; and it ignores entirely the real labor pool, which is the world market.

The fact is in an open world market, “full employment” of labor resources is a function of the price of labor, not arbitrary utilization rates within an imaginary US economy that resembles a bathtub.

As to full utilization of “capital resources,” does that include Sears stores and Borders big boxes that have been obsoleted by Amazon and UPS? Or just the one-twelfth of the footage used for pop-up stores in these empty facilities around Halloween?

And does it include furniture factories and cold rolled sheet mills that have moved to China? Or fracking sand mines and crude oil tank cars idled by the Saudi decision to maintain production even at $45 per barrel?

Likewise, how can you measure the real interest rate when there is no obvious basis for utilizing one over another of the multitude of inflation indices now available.

Over the period of Keynesian central banking since Greenspan’s arrival in 1987, there has been a persistent 60 basis points annual difference between the CPI and the PCE deflator less food and energy.

That difference amounts to fully one-third of the raging 2% argument between Janet Yellen and her right-wing kissing Keynesian cousin, Professor John Taylor, as to the appropriate real equilibrium interest rate under present conditions.

The truth is the real world of capitalism is far, far too complex and dynamic to be measured and assessed with the exactitude implied by Bernanke’s gobbledygook.

In fact, what his purported necessity for choosing a rate “somewhere” actually involves is the age old problem of socialist calculation.

It can’t be done — and most especially not in the most fluid, complex and fastest moving markets known to man. That is, the global financial markets for debt, equity, loans, commodities and all their derivatives.

So thanks for the blog, Ben. Now we know the real answer. It’s called the free market.