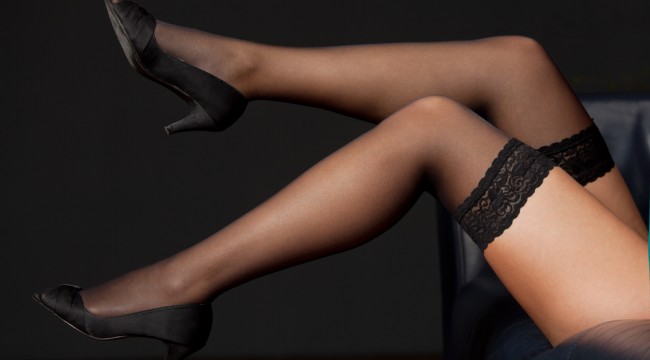 Cash-In on the Hidden "Sex Boom"

I haven’t read her stuff (no, really…it’s not my preferred genre), but, according to our friends, Chrissy is “awesome” at it. And it certainly doesn’t hurt that Chrissy’s an attractive 20-something with an “aggressive imagination.”

Marla came to a realization: “If I want to make a living at writing, maybe I should write more of what people want to read.”

Far from bashful, and with a mimosa-and-a-half already running through her veins, Chrissy insisted on describing a story she was just finishing up…in vivid detail…

…in the middle of the packed restaurant.

There were four women sitting around our table, hell-bent on getting the steamy tale…and then there was me. I was outnumbered and powerless to stop it.

“So…,” she told us after a few minutes of…uh…rising action, “Kelly grabbed his hand and pulled him closer. She felt his breath on her neck…”

I nervously scanned the room to see if anyone else was hearing this.

Sure enough, an older, more refined, couple, getting more than they bargained for during Sunday brunch, were scowling in our direction.

“Uhm,” I interrupted, trying to steer the conversation away from a detailed account of Kelly’s lover’s “rock-hard” abs, “have you self-published any of your stories yet?”

The others didn’t notice. They just stared off into the distance, their eyes glazed over as they dreamt of Rafael…or Sebastian…or whatever his name was.

“But,” she said, “I have read some really interesting stuff from people who have.”

Lucky for the older couple (whose jaws had already dropped to the table by this time), she was more than happy to skip the story and talk about her research…

She told us some surprising stories about women who’ve been fantastically successful at publishing erotica.

Women like Marla, who used to write only horror fiction.

After struggling to pay rent one month, Marla came to a realization: “If I want to make a living at writing, maybe I should write more of what people want to read.”

What do the majority of Kindle readers want to read? According to one study Marla found, it’s between sex, self-help, and teen fiction.

Sex it is, she decided.

A year after Marla started writing erotica, she received a fat check $9,641.42. And that was just in August. Sales have been pretty good since.

And another example: a woman named Selena Kitt.

And here’s another, more recent, example: Another author, who goes by the pseudonym Jenny Skynn, wrote…

“This is only my second month doing this line of writing. I’m on track to make over $2,000 this month. That number is growing rapidly.”

Of course, Jenny Skynn’s near-immediate success couldn’t have been possible a couple decades ago.

The ebook has revolutionized the publishing industry. It’s given the little guy a chance to get his or her writing to all corners of Earth with just the click of a mouse. The publishing industry was once protected by big guards at the gate. Now anyone has a shot at writing a best-seller — right from their living rooms.

Chrissy knows this and wants to break into the market…

She knows her target reader well, but she has no idea how to publish her work…market it…and sell it online.

That’s where I told her I could help. There’s a specific formula to publishing ebooks that nearly all successful authors on Amazon use. And it works whether you’re writing self-help…teen fiction…investment advice…or even smut.

Tomorrow, we’re going to meet up for coffee and talk strategy. Out of earshot, I hope, of the easily offended.

P.S. Are you interested in self-publishing? If you have ever thought of publishing a book of your own, sign up for the Laissez Faire Today e-letter, for FREE, right now. I would be happy to share his publishing strategy with you too. It’s a small part of our mission to help you live a healthier, happier, more self-sufficient life. These kinds of actionable steps are available in every single issue we publish. Don’t miss out on your chance to take your life to the next level. Sign up for Laissez Faire Today for FREE, right here.