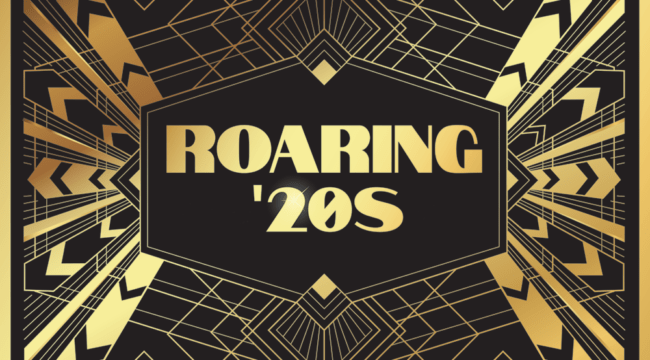 Put aside the present horrors and consider this question: Could the 2020s roar as the 1920s roared?

We live in interesting, though not unprecedented, times. The Roaring 1920s could be a precedent for the Roaring 2020s.

The good news is that the bad news during the previous precedent was followed by the Roaring 20s. So far, the 2020s has started with the pandemic, but there are plenty of years left for the prosperous 1920s to become a precedent for the current decade.

The 1920s ended with a stock-market melt-up followed by a meltdown. The 2020s may already be seeing a melt-up, begun on March 23.

Thank Heaven for the “Permabulls”

We are grateful for eternal sunshine spreaders like Mr. Yardeni… and similar “permabulls.”

They fill our doldrum sails with fresh, invigorating winds. They bring a glow to our cheek and a gleam to our eye. They place hope in our beating but beaten heart.

And a man requires hope. What else pushes him through this sorrowful vale of tears and woe?

What explains this fellow’s cheerful divinations of a bountiful decade? Technology:

We are hagridden by doubt…

Can the “Special Century” Be Equaled?

The 1920s fell square center within the “special century” of technological and economic progress, 1870–1970.

That equals 6% growth not per year, not per decade — but per century.

Yet as we have explained before:

An unlikely series of inventions cropped up in the mid-to-late-19th century.

It raised the curtain on a golden age of technological and economic progress… an era of such high razzle-dazzle that it had no equal in history.

The railroad, steamship and internal-combustion engine finally put period to the “homely plod of hoof and sail” that paced transportation for millennia.

The telegraph, telephone and radio unhorsed the terrible twin tyrannies of time and distance.

Industry exploded. As did populations. And cities.

Again, the result was a “special century” of technological and economic progress, 1870–1970.

These inventions were so thunderous and so transformative… some argue their impact can never be matched.

The Light Bulb Can Only Be Invented Once

Robert Gordon is an economist at Northwestern University.

He authored a book, The Rise and Fall of American Growth, by title. From which:

The economic revolution of 1870–1970 was unique in human history, unrepeatable because so many of its achievements could happen only once… the revolutionary century after the Civil War was made possible by a unique clustering, in the late-19th century, of what we will call the “Great Inventions”… What makes the period 1870–1970 so special is that these inventions cannot be repeated.

“With a few notable exceptions,” Gordon adds, “the pace of innovation since 1970 has not been as broad or as deep as that spurred by the inventions of the special century.”

It appears there is justice in this view…

The light bulb can only be invented once. It can be improved, refined, brought within sight of the perfections.

But it cannot be reinvented. Thus Edison remains on his throne.

What truly astounds is the pace of it all…

From Kitty Hawk to the Moon in 66 Years

Man crammed more technological progress into that one special century than the previous dozen combined.

He was chained to Earth some 40,000 years before snapping gravity’s “surly bonds” at Kitty Hawk.

The 12-second “flight” worked roughly 12 feet of altitude… and 120 feet of distance.

Sixty-six years later man was blasting to the moon.

Impossible — but there it is.

Has there been progress since 1970?

Boeing can engineer a more efficient jet, for example — and we hope sincerely they do.

It is true, automakers can craft a better, faster car with every whistle, every bell.

What we see in these examples is largely — again — a progress at the margins.

Is it coincidence that broader American prosperity began petering around 1970… as the “great inventions” passed that infamous point of diminished returns?

It is by no means the only answer. But perhaps a partial answer.

“We Wanted Flying Cars. Instead, We Got 140 Characters.”

In no way do we deny the reality of progress.

But inventors have not hatched the equivalent of the internal-combustion engine or the telephone  — to make no mention of electricity.

Whether we look at transportation, energy, commodity production, food production — that with the exception of computers, we’ve had tremendous slowdown.

“We wanted flying cars. Instead, we got 140 characters.”

We must agree. As we have also argued before:

It is a counterfeit progress when someone in Kathmandu can follow the latest capers of Kim Kardashian on Twitter… but whose auto is pushed along by the same gasoline that pushed the Model T along.

The innovations in the early 1900s put increasing numbers of people to work. Those increases in jobs led to higher wages and more robust economic growth. Today, companies are spending money on innovation and technology to increase productivity, reduce employment, and suppress wage pressures.

And there is this you must consider:

The 1930s did not groan and agonize beneath the impossible mountains of debt that sit impossibly upon the 2020s.

Debt crushes growth. Can we therefore expect the 2020s to roar as Mr. Yardeni expects?

He and others of his sort argue the world is perched on the bleeding edge of revolutionary breakthroughs in the fields of robotics, artificial intelligence (AI), computing and other wonders.

They claim the decades ahead will rival — if not excel — the “special century.”

German engineer and economist Klaus Schwab is an example in point.

This fellow argues the coming revolution “will be bigger than anything the world has seen before… It will be a tsunami compared with previous squalls.”

A gust of rhetoric?

Time will tell of course. But we hope beyond all hope that he is correct.

What other hope is there?