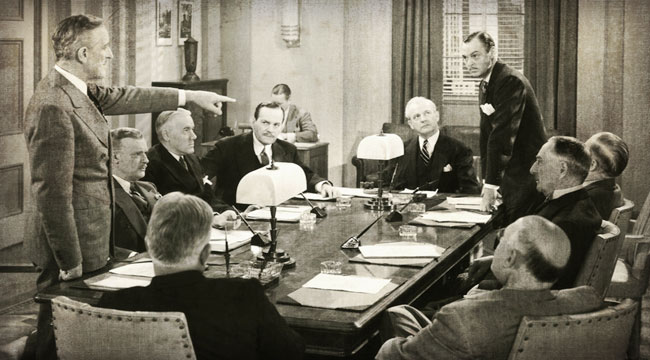 “Do I need to cancel my subscription?” said the forthright letter from a reader.

Fair warning: This is no ordinary Daily Reckoning missive. It will address only one topic — it’s that important.

“I’m a newborn baby into the financial world,” wrote the 47-year-old single mom. She’s climbing out of bankruptcy after a divorce.

“I have been saving lately, and even with my modest means, I’m ready to start investing.” So she subscribed to one of our entry-level publications, Penny Stock Fortunes. “I was very excited about opening my first brokerage account following the information given in my subscription… until this morning.”

This was Sunday, December 15th. She opened 5 Things You Need to Know, a weekly roundup of our industry’s best deals. The first one had the headline, “Rickards: Market Meltdown Imminent.”

“I read the whole thing,” she said, “and my first instinct is to cancel my subscription — because it doesn’t look like it’s a good idea to start investing in anything right now — and possibly move to China.

“If U.S. dollars are going to be just as good as toilet paper soon, isn’t that what I should do?”

She said she’s of Italian descent… so she knows a thing or two about the Roman Empire.

“Is Mr. Rickards’ report,” she asked, “the announcement of the beginning of the end for the U.S.? If so, I’m out.”

Then came the most cutting part: “Or… I shouldn’t give much importance to what

you guys put in your newsletter?

“I am disturbed that different editors take such contradicting strategies,” writes another reader, a more experienced investor who subscribes to three of our publications.

“With Jim Rickards predicting the fall of the dollar/banks and the U.S. economy as we know it as early as March 2015, does it make any sense at all to buy the stocks recommended by Byron King (Military-Tech Alert) and Chris Mayer (Capital & Crisis) before the crash, while they are high?”

Fair warning: This is no ordinary Daily Reckoning missive

The follow-up questions were even more daunting…

“Should the dollar fail, how would the worth of stocks be calculated? Would they still hold their intrinsic value or be worthless because they were purchased and held with dollars?

“If the stock market shuts down while a different currency is invented, won’t ALL companies’ stock prices crash, because even government-contracted companies won’t get paid?

“And how could we even buy the stocks predicted to rise in a crisis if the dollar fails and the market isn’t open? Buy them with what, gold — which Rickards suggests the government will confiscate?”

These are great questions from passionate, informed, engaged readers — people we’re proud to call our customers.

I took up these questions over lunch last week with Addison. If you’re a newer reader, you should know Addison launched Agora Financial in 2004. He created this e-letter in 1999 and founded the 5 Minute Forecast in 2007.

For the last three years, many of the ideas we published fell under a grand theme we called “a Tale of Two Americas.”

Addison described it like this in our virtual pages on Jan. 24, 2012 — “the contrast between the overwhelming rot penetrating governments and the financial system on the one hand… and the staggering entrepreneurial potential that can overcome the rot on the other.”

That is, none of the problems that led to the Panic of 2008 had been fixed. But the innovation going on in America’s biotech labs, in Silicon Valley, in the shale energy patch, was undeniable. You couldn’t afford to pass up the opportunities. Our editors guided readers to gains of 266% on a firm with a treatment for ovarian cancer… 225% playing options on a shale oil producer… and a staggering 911% to date on Tesla Motors.

But as the calendar turns to 2015, the “Tale of Two Americas” theme is no longer adequate to explain the reality in front of us.

The innovators in America’s shale patch are rethinking their business plans, with oil down more than 40% since June. The U.S. stock market keeps roaring up… but we’ve also had two violent downswings in less than three months. The fallout from events in Russia is sending tremors through currencies, bonds and other asset classes.

And as our Jim Rickards told us in this space back on Nov. 20, the global elites are signaling each other about an impending crisis. They’re hiding behind euphemisms like “the potential for a buildup of excessive risk in financial markets”… but that’s how they talk to each other so as not to alarm us rubes.

So here’s the first thing you must know today: Despite those warnings, Jim Rickards is not retreating to the hills with a five-year supply of ammo and Mountain House freeze-dried food.

“I travel, I give speeches, I still live my life,” he tells us.

And so should you — even if your net worth is a mere fraction of his.

So if you’re a 47-year-old single mom, that means you don’t move to China. And it means as a novice investor, you continue to follow the recommendations Jonas Elmerraji makes in Penny Stock Fortunes, as long as Jonas’ ideas continue to ring true for you. His research is thorough and well-considered. He wouldn’t be on our team if it weren’t.

Which brings us to an inescapable fact about the financial publishing business: The most brilliant editors are a cantankerous bunch, opinionated as all get-out… and prone to disagreement.

Good editors are few and far between, but we attract them like moths to a flame — for good reason.

A typical denizen of Wall Street is always answering to someone — clients, advertisers, the board of directors. When he’s not looking over his own back, he’s kissing someone else’s backside. If he thinks the stock or other security his firm is flogging is junk, he has to hold his tongue.

All those problems go away if he comes to work for us: He’s beholden to no one. He can speak his mind. He can live where he likes — the beach, the mountains, the small town where he grew up. Subscription revenue (from people just like you) is our industry’s bread and butter, so as long as he speaks his truth and his truth resonates with his subscriber base, he’s golden.

If we feared the end of the world was nigh, we’d be selling body armor instead of newsletters…

Here’s the next thing you must know today: Even Jim Rickards says you have to be prepared for more than one possible outcome.

Hey, we never said this stuff was easy.

“Be prepared for both,” Jim advises.

That’s exactly what Jim says Warren Buffett is doing. He owns tangible wealth in the form of the Burlington Northern Railroad — the track, the surrounding land, the mineral rights to the land. It’s a hard asset that moves other hard assets around — grain, steel, coal, crude. That’s powerful protection from inflation. (Gold serves the same function, if you can’t afford a railroad.)

“But Buffett also has $55 billion in cash,” Jim says. That’s deflation protection — and “dry powder” with which he can buy more businesses after a crash, when they’re cheapest.

“You can’t put all your bets on one side of the table.”

So if you’re a more experienced investor, subscribing to two or more one of our advisories, you might want to think about how the ideas you’re reading fit into that matrix.

Chris Mayer is always looking for value like Warren Buffett, buying businesses when they’re cheap (even in a stock market that’s starting to look pricey, like today’s). Byron King’s military-tech recommendations stem from an ever-growing defense budget and the inflationary federal spending it requires.

All we’re saying is this: Don’t bail from our editors’ stock recommendations because you get the idea every stock might go to zero and the world go Mad Max.

If that happens, then it will be time for a five-year supply of ammo and No. 10 Mountain House cans.

If you’re really worried about that, there are other direct-marketing companies whose product lines are better suited to your needs.

If we feared the end of the world was nigh, we’d be selling body armor instead of newsletters…

A final thought: During Agora Financial’s first year of existence, our firm took the audacious step of calling BS on the housing bubble.

Understand we’re talking 10 years ago this month. No one else was saying anything like that. It wasn’t until February 2007 that the mainstream finally woke up when HSBC took a loss on some mortgage-backed securities.

To make the declaration we did in December 2004 was to put the future and reputation of our fledgling business on the line. By the time the crisis was in full swing during 2008, some of our readers were drawing on our analysis to bag 462% gains in a matter of weeks — while their friends and neighbors saw their brokerage accounts shriveling daily.

We’ve surveyed the investment landscape in search of an equally obvious call to make now, 10 years later… but we’ve come up short.

We won’t stop trying; it’s something we think about, one way or another, every day.

At the same time, we’ll keep doing what we’ve been doing… aiming to make your life better… assembling a team of the best analysts we can find… and presenting their ideas in the most accessible and compelling way we can.

Thanks for your time today and your continued readership.