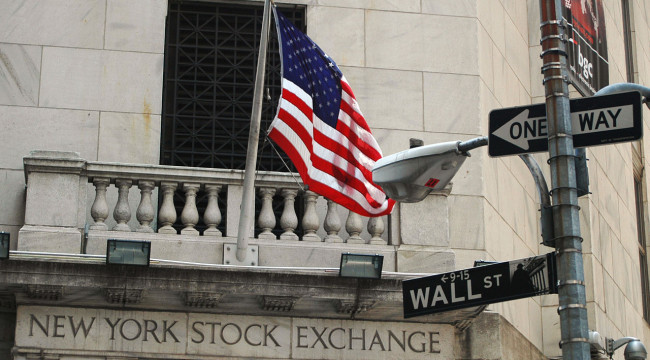 Buybacks Will Push the Market Higher

A lot of people seem to have already forgotten about last month’s big market sell-off. But if you’re still worried about October’s market sell-off, you should know that the largest bank in the U.S., JPMorgan Chase, isn’t.

In fact, strategists at the mega-bank believe October’s market correction was driven mostly by technical factors and should reverse as earnings season progresses. Earnings season began in early October and is still ongoing.

One of the technical factors JPMorgan cites is remaining stock buyback firepower, which was missing during much of October.

In the period before earnings are released each quarter, companies are not allowed to purchase their own stock. It’s commonly referred to as a buyback blackout period. Last month, buybacks totaled just $12 billion by Oct. 19. It should come as no surprise that October’s sell-off came during the blackout period when many corporations couldn’t buy back their own stocks.

The sell-off also occurred during a period of multiple slowing growth forecasts, trade war escalation and the aftermath of the Fed raising rates again in September. For the market, it was a bad combination.

Sticking to buybacks, they are one of the primary reasons the stock market was setting records this year, before last month’s swoon.

My former employer Goldman Sachs has estimated that S&P buybacks this year will exceed last year’s by 44%. And buybacks remain on pace to exceed $1 trillion this year, which is a record.

And as I revealed to my readers this past weekend, the ban on share buybacks that companies must abide by around earnings season is now over. That means U.S. firms can return to their share buyback plans.

And all that money that U.S. corporations have set aside for buybacks this year has not been all used up. UBS estimates $170 billion will become available for buybacks over the month ahead. That could be a major catalyst to push stock prices higher.

This should give a lift to the markets in November, building upon the post-election rally. It should also continue into the Thanksgiving holiday and through to the end of the year, before we get sales figures that could thwart market enthusiasm.

But buybacks also represent a problem. They boost a stock in the short term. But that higher stock price in the short may come at the expense of the long run. It’s a short-term strategy.

It means that companies are not using the money to invest in longer-term projects, factories and workers, even though that was a promised from the Trump’s major $1.5-trillion tax cut.

And amidst escalating trade wars and all the other concerns facing today’s markets, executing buybacks makes the most sense for the companies that have the cash to engage in them. If companies are concerned about growth slow downs in the future, there is good reason to use their cash for buybacks now as a way to reap solid fourth quarter earnings.

What this means is that the companies with money for buybacks go double down.

As a Reuters article has noted, “the escalating trade war between the United States and China may prompt U.S. companies to shift money they had earmarked for capital expenditures into stock buybacks instead, pushing record levels of corporate share repurchases even higher.”

And this year’s record buybacks could prop up the market through volatile periods ahead and drive the current bull market even further.

But for how much longer? The tax cuts have more or less had their impact, and the returns are diminishing. There won’t be any additional tax cuts either, certainly not for corporations now that the Democrats have taken the House. We’ve likely gone beyond “peak buyback,” in other words.

Of course, years of quantitative easing (QE) created many of the conditions that made buybacks such powerful market mechanisms.  Companies could borrow money and buy their own stocks on the cheap, increasing the size of corporate debt and the level of the stock market to record highs.

But QE can’t create strength. It simply camouflages weakness by increasing debt and stock buybacks. All that conjured money did nothing to alter the fundamental values of companies. Buybacks are not connected to organic growth and are detached from the foundation of any economy.

But as we all know, QE is over. The Fed has been engaging in quantitative tightening for over a year now.

We’ve already had two major sell-offs this year. Emerging markets have also been hit hard. That’s because they borrowed in cheap dollars over the past decade. And when the dollar appreciates in value, developing countries that took on dollar-denominated debts are being cornered into a difficult position to repay them.

China’s markets are also in trouble, which could have repercussions for the rest of South-East Asia.

To visualize this withdrawal of stimulus, imagine pulling the rug out from under a table full of dishes. The higher you stack the dishes, the greater the crash when they fall.

If things get bad too quickly, there could be a flurry of more QE coming in from the Fed and its central bank partners in Europe and Japan. But that just adds more dishes to the pile, setting up an even bigger fall down the road.

Perhaps most alarming, we have seen virtually no real steps to reform the financial system.

Despite some cosmetic regulations to curtail certain risky behaviors, since the repeal of the Glass-Steagall Act in 1999, there is still no division between depositors’ funds and those used by banks for speculation.

By bringing back legislation like the Glass-Steagall Act that divides those two elements of banking, separating them into different institutions, we could keep banks from having greater influence on government. It would also help protect everyday citizens’ money.

The big banks continue to make massive trading bets, and corporations are still focused on buying back stock for short-term shareholder gains rather than reinvestment in their businesses.

Since the financial crisis, not a single bank CEO has been seriously punished, despite the frauds and felonies committed by the biggest U.S. banks. If a person steals a car, he gets charged with a felony and likely goes to prison. If a big bank, like Wells Fargo recently, scams millions of dollars of phony fees from its customers, its CEO gets a raise.

Meanwhile, we could limit the amount of money central banks can fabricate to artificially elevate these banks and the markets — markets in which the majority of people have no stake. In fact, just 10% of the population owns something like 85% of the stock market.

At the very least, we could have an independent audit of these central banks to allow voters and leaders to better understand where their money goes and what is used for.

By doing so we could potentially shift central banks’ roles as well as private banks’ incentives to building long-term infrastructure and to financing small and local businesses. In this way, we could assist the less wealthy and enable upward mobility for all.

We should be trying to divert the massive amounts of money conjured by the world’s central banks over the years into the foundational — or real — economy, which could provide regular citizens a fighting chance.