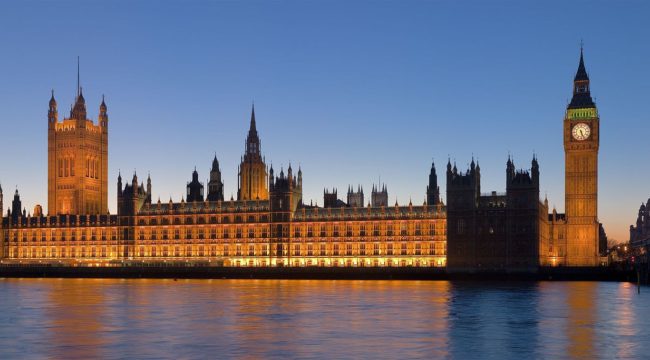 [This post on Buy Britain, Sell Europe was originally published on The Institutional Risk Analyst from R. Christopher Whalen.]

“Europe is now a continent of widespread economic misery, of financial collapse, of disappearing faith in ‘mainstream’ political parties and rising support for ‘extremist” parties, of a loss of sovereignty and thus of legitimacy and democratic control, and of the destruction of law, both domestic and international, by the judicially larcenous European Court of Justice (sic).”

With the elections in France safely recorded as a win for the pro-EU forces, the bull migration back into European equities has begun.  Our usually sensible friends at Barron’s declare the raging bull buy signal on this week’s cover:  “Buy Europe.”  And by Europe, they mean excluding the United Kingdom.

“Given attractive valuations, diminished political risk, low interest rates, and a pickup in global growth, international markets, and Europe in particular, could finally start to outperform,” declares none other than Vito J. Racanelli.

The driver of the EU bull trade?  Emmanuel Macron’s ambitious plans to rebuild the eurozone.  His plan has been backed by Germany’s Finance Minister Wolfgang Schäuble, who wants to push deeper European Union (EU) integration.  Go deeper or go home pretty much sums up the situation facing the Europeans.

Most analysts have been focusing on the downside for the UK in a BREXIT scenario, but we wonder whether the EU is really viable – with or especially without the UK.  Even as the cheering for the victory of Macron is dying down in Paris, officials of the International Monetary Fund are preparing for a new debt bailout for Greece.  And then comes Italy.

The IRA also notes that the “experts” have consistently underestimated the prospects of the UK post BREXIT, all the while waxing effusive about Europe.  The dire predictions regarding the future of the UK economy, for example, have been largely wrong. The experts seem to miss the basic fact that the UK is a key player in global finance and will continue to be after it leaves the EU.

United Europe, on the other hand remains a badly flawed work in progress that, for our money, has a better than 50/50 chance of outright failure.  Everything written two decades ago by former EU economist Bernand Connolly in his classic book “Rotten Heart of Europe” has been proven correct and then some.

Last week Brian Barnier of ValueBridge Advisors LLC confirmed our suspicions that the EU project is in far more fragile condition than its departing member.  More, Barnier says that most models of the long-term impact of BREXIT on the UK are fatally flawed and often rely only on aggregate averages for inputs, ignoring extensive details from statistical agencies in Europe.

Barnier is an economist who asks questions.  Rather than just accepting the output from a given model or data source, he likes to ask what is in the model.  Like fully understanding what is in the chopped salad at the Greek diner.  And he delights in asking model-building economists uncomfortable questions like “are you using the correlation factors from the SAS package or are you calculating them yourself?”

For example, Barnier wonders why so many analysts projects a ponderous EU process for negotiating trade agreements with the UK – especially when the UK already has a dozen trade agreements ready to go and others in process. Good question.

When he is not consulting for institutional investors, Brian is the proprietor of Fed Dashboard & Fundamentals (FDF), a portal dedicated to spreading economic enlightenment by highlighting errors and discrepancies in official data and how it is used to guide official policy around the globe.

In a recent FDF comment, he noted that “BREXIT will unnecessarily hurt shoppers in the UK and EU unless governments recognize that prices of different products don’t necessarily move together and that inflation doesn’t necessarily cause growth.”

“In the Euro area, consumers have enjoyed low average price increases over the past few years; often buying more as prices fell. This defied the European Central Bank’s (ECB) expectations that rising prices over time are needed if purchases are to grow. Thus, the ECB reacted to the perceived danger with aggressive monetary medicine,” Barnier continues.

Of course, the whole point of “quantitative easing” in Europe has not been to promote growth but instead as a palliative form of hospice care for insolvent sovereign debtors such as Greece and Italy.  The decline of inflation from 5% peak in 2009 to half that rate today certainly is a problem when it comes to monetizing sovereign debt.

As Moritz Kraemer, S&P’s head of sovereign ratings, told Tom Keene of Bloomberg News this week, the credit standing of EU nations is “going sideways” rather than improving.  He also notes that unemployment in the EU is almost 10%, far higher than before the financial crisis. But Kraemer, like most observers, persists in thinking that the UK is the big loser in BREXIT.

Thus we sat up in our chairs when Barnier next advanced the view that the EU and not the UK is most threatened by BREXIT.  The whole bull thesis about Europe is that the French elections open the door to new prosperity in Europe while the UK must carefully negotiate an exit with Brussels.  Barnier, on the other hand, declares that the negotiations are over and that the UK government led by Theresa May basically told the EU to sod off when it comes to large alimony payments.

A “disastrous” meeting at the end of April between British Prime Minister Theresa May and European Commission President Jean-Claude Juncker apparently marks the end of any idea of a large British payment to essentially buy a smooth exit.  As Juncker said of May: “I have noted that she is a tough lady.”  Right.

Wolfgang Münchau, writing in the Financial Times, thinks the EU miscalculated the mood of the British people when it offered David Cameron “a rum deal” before the Brexit campaign began in earnest.  He adds that Brussels should learn from that error and be sure not to repeat it.

And the mood of PM Theresa May is particularly noteworthy.  We recall the excellent essay last Fall in The London Review of Books, “Home Office Rules,” by William Davies.  He explained that:

“[May’s] long tenure (six years) and apparent comfort at the Home Office suggests that the mindset may have deepened in her case or meshed better with her pre-existing worldview. This includes a powerful resentment towards the Treasury, George Osborne in particular (whom she allegedly sacked with the words ‘Go away and learn some emotional intelligence’), and the ‘Balliol men’ who have traditionally worked there. In making sense of May’s extraordinary speech at this year’s Conservative Party Conference, the first thing to do is to put it back in the context of her political experience. For her, the first duty of the state is to protect, as Hobbes argued in 1651, and this comes before questions of ‘left’ and ‘right’.”

“Home secretaries see the world in Hobbesian terms, as a dangerous and frightening place, in which vulnerable people are robbed, murdered and blown up, and these things happen because the state has failed them. What’s worse, lawyers and Guardian readers – who are rarely the victims of these crimes – then criticise the state for trying harder to protect the public through surveillance and policing.”

Indeed, May could be as much of an outsider as Donald Trump, albeit one that grew inside the state from a career as a professional politician instead of from outside as a business mogul. And she leads Britain combining a decidedly domestic political perspective with a deep knowledge of the workings of that country’s administrative state.  The best advice for President Juncker seems to be don’t mess with this lady.

With the EU itself predicting flat GDP growth below 2% through 2019, it is hard to get behind some of the enthusiasm of our colleagues for the European trade.  The fact that the Germans and French are falling in love again does little to cheer the nations of Eastern Europe, which are among the most dynamic and fastest growing parts of the EU.

In fact, the rush into Europe looks an awful lot like the bull market stampede last October that took US financials up 20 and even 30% and more by the end of March.  There are increasingly hyperbolic comments coming from Sell Side analysts about European valuations relative to opportunities in the US and Asia.  But when we consider the underlying economy, it seem hard to reconcile the exuberance with the appalling data.

Meanwhile we note that Greek Prime Minister Alexis Tsipras seems to be running out of political support and Greece is running out of cash, again (despite the current account surplus).  Say what you might about the promise of Europe, the UK made the right decision to keep a foot outside of this experiment in statecraft.  And say what you will about the new “unity” in Europe after the Macron victory, the UK has ‘first-leaver” advantage.

We are far more bullish than the consensus on the prospects for the UK economy separate from the eurozone and far more cautious on the European project. To us, the UK is going to evolve into the Singapore of Europe as what remains of the EU must decide if they will pay the price of unity.

So far, the EU’s response to that question has been QE care of Mario Draghi and the European Central Bank.  But the only way that the EU can survive is to take a more aggressive and authoritarian approach towards weaker members.  Thus we see Wolfgang Schäuble tightening his grip on Greece even as political tensions in that country continue to grow.

The Daily Express notes that Greek protesters took to the streets in recent days to react to more demands that the country cut pensions by up to 18 per cent.  Rather than new unity in Europe, we see a continued process of the Huns bullying the weaker nations, first up being Greece and then likely followed by Italy.  This is hardly a formula for economic recovery and growth.