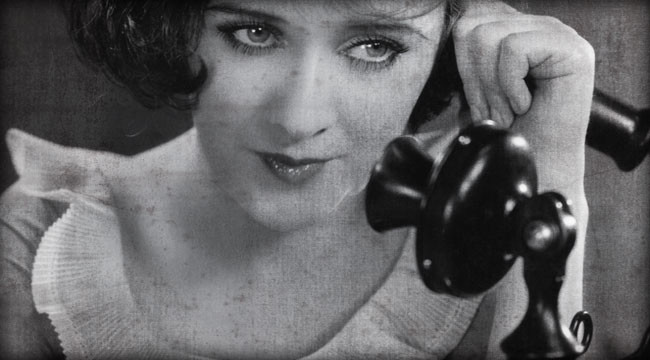 You didn’t want to be the guy chosen to tell Stalin that the wheat crop failed or the production quotas on trucks and cars were not met. Why?

In the same way, you don’t want to be the guy chosen to tell Obama that his health care websites are a disaster. But that’s what they are, and he’s managed to blame everyone but himself.

At his hilarious and embarrassing press conference on Monday, the president first assured us that “no one is madder than me” about website failures. Then, of course, he lashed out at the critics and implicitly blamed them for technical failures.

In some ways, this is the most important website this government has ever produced… Its failure is epic.

Someone needs to explain to this guy that rooting one way or another does not cause a website to fail. Crop failures in Russia were not because of the enemies of communism, and the failure of Obama’s health care websites are not due to his political enemies, either. The problem is that government is a bad developer, even when it’s contracting out.

Then Obama said, “We did not wage this long and contentious battle just around a website. That’s not what this was about.”

There he goes again, defining his own reality. By plunging into direct provision of a commercial service and forcing people to cough up for it, Obamacare and its website must be prepared to be accessed just like any other private market service.

People don’t like it when websites are flaky and do not perform. By dismissing this feature — treating the website as if it is just a luxury feature that has nothing to do with the program itself — he reveals that he’s stuck in the past.

A website is not just a convenience. It is the heart and soul of a service that purports to serve everyone. In some ways, this is the most important website this government has ever produced. People don’t use the sites of the Pentagon or Housing and Urban Development. But this one people not only use, but are forced to use. Its failure is epic.

The president then made matters worse. He pointed out that people can download a form and mail it in. Also that people can go to centers where there are people who can help. Then he even rattled off an 800 number that people could call.

As The New York Times said with a funny blandness: “Several calls to the number immediately after he read it produced busy signals.”

Busy signals? I think the last time I heard one of those I was in seventh grade. No one under the age of 25 even knows what a “busy signal” is.

The terrifying thing is that all the troubles with HealthCare.gov foreshadow what’s coming with the new system of health care. Who can doubt it? It is going to be thrown back, inefficient, backward-looking, full of bureaucracy, insanely expensive, characterized by busy signals, and ultimately ending with a demand to come back another day.

Let’s talk about expenses. The website Digital Trends estimates costs between $500 million and perhaps as much as $2 billion before the end of 2014 just to operate the website. This is, quite frankly, unthinkably absurd:

“Facebook, which received its first investment in June 2004, operated for a full six years before surpassing the $500 million mark in June 2010. Twitter, created in 2006, managed to get by with only $360.17 million in total funding until a $400 million boost in 2011. Instagram ginned up just $57.5 million in funding before Facebook bought it for (a staggering) $1 billion last year. And LinkedIn and Spotify, meanwhile, have only raised, respectively, $200 million and $288 million.”

In short, this stuff redefines the word “boondoggle.” And it’s not like the typical Pentagon scandal because, again, this is a regular commercial webspace. Every business in America builds websites. The big difference is they do it with their own money. People know how much sites cost and how they are supposed to operate. That’s why this government website failure is so significant.

It is worth asking why a government with half a billion dollars and vast amounts of time and personnel to make a great site can’t actually manage to do it. It’s not as if the government didn’t have the incentive to do it right. The most powerful people on Earth wanted it to succeed — and in this respect, there is no question that Obama is telling the truth. He really did wish upon a star.

The problem is that government is not the best means to do anything well. The problem is the absence of two crucial things: the knowledge to assemble the resources properly and the means to make the economic assessment of the value of competitive resources. This is what happens when you eliminate the profit-and-loss system. You can throw massive resources at a problem with the end result being disappointing.

Again, it is not just about the website. It is about the whole system. The fools who imposed this system had all the expertise, all the arrogance, all the money, and all the power, and they still couldn’t do it. Meanwhile, hundreds of thousands of workable and useful websites go up every day.

Has there ever been in our times a better symbol of the failure of government? The truth is this: Government doesn’t work. Here’s the proof. It’s just the beginning. If you want health care in the future, you are going to have to look outside the system. And plenty of people right now are working on that solution, which, unlike that which the experts create, will actually serve human needs.

Ed. Note: The stupidity of those in power knows no bounds. And with one government boondoggle after another, it’s no surprise Obamacare is turning out to be more of the same, even before it goes into full effect. But you can learn to protect yourself from this stupidity, and better prevent it from negatively affecting your life, your loved ones and your wealth. Sign up for the free Laissez Faire Today newsletter, to get daily updates on Obamacare and all the other government boondoggles, and how to protect against them.