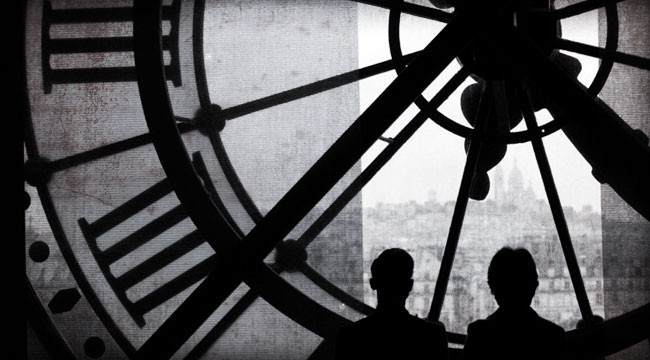 Bullish at the Bottom: The Supercycle Continues

It was a challenging first half of the year for most commodities, with only two resources we track on our Periodic Table of Commodities Returns rising in value. Natural gas and oil rose 6.5% and 5%, respectively, while silver lost a third of its value and gold lost a quarter of its price from the beginning of the year. 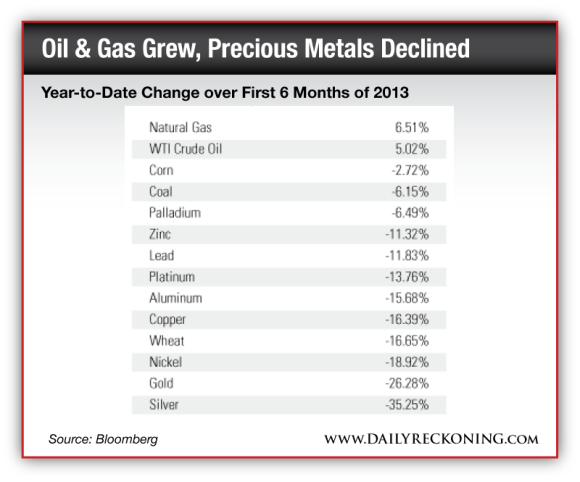 At first glance, the correction seems to support naysayers who believe the supercycle in commodities has ended, such as Credit Suisse analysts who had declared that the “era is over” in its digital magazine The Financialist.

We disagree. Instead, we see severe price declines as possible buying opportunities during this ongoing commodity supercycle.

Consider the extreme pessimism on gold. As one measure of how bears have ganged up against the yellow metal, take a look at the spike in the level of short positions on the precious metal since the beginning of the year. As of the beginning of July, the number of outstanding gold short contracts was close to 140,000! 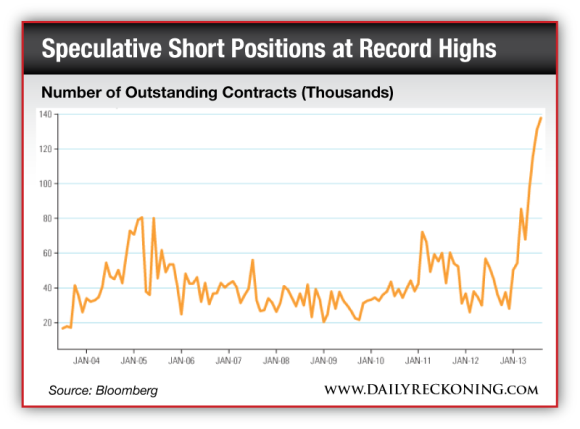 In June, while I was on CNBC’s Squawk Box, Howard Ward, the chief investment officer of GAMCO Investors, made a bullish call based on the severity of the speculative short position:

There is certainly a pervasive sense of doom and gloom not only for gold, but for the entire resources space. BCA Research’s Commodity & Energy Strategy report points to a recent Bank of America-Merrill Lynch fund manager survey, which shows that exposure to commodities is as low as it was at the end of 2008. The firm’s firsthand experience reveals a similar investor reaction to resources: “Recent client visits to Europe, Australia and Asia confirm widespread pessimism toward the outlook for ‘anything outside the U.S.,’” says BCA.

This is all music to a contrarian’s ears because it’s another sign of a bottom, but BCA advises taking a “patient approach to front-running the eventual cyclical rally in commodities.” It’s all about your time horizon, says the firm.

Supercycles are not short term; rather, they are long, continuous waves of boom and bust that can last several decades. While the overall trend is up, there are often short-term bursts of volatility. And looking over the next decade or so, the trends driving the current commodity supercycle remain in place.

I recently read an insightful report on the subject from ETF Securities. In it, analysts highlight two primary long-term drivers.

One entails the urbanization and industrialization trends that are “resource intensive,” specifically those found in emerging markets with large populations. Take their energy use, for example, which is “only a fraction of the developed world equivalent,” says ETF Securities. Developed markets, including Australia, France, Germany, Japan and the U.S., all have a higher GDP per capita as well as greater energy use than the emerging markets of Brazil, India, Mexico and China. These countries have significantly large populations, and “a relatively modest rise in per capita energy use will transform into a large absolute increase in global energy use.” 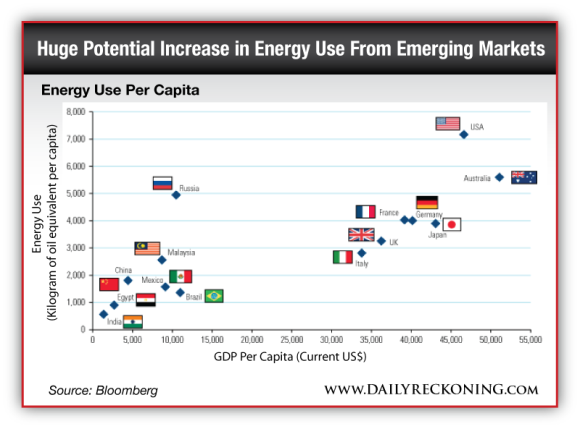 According to ExxonMobil’s 2013 Outlook for Energy report, the energy demand in developing nations “will rise 65% by 2040 compared with 2010, reflecting growing prosperity and expanding economies.”

The second driver of the supercycle is the rising cost to produce many commodities, says ETF Securities. I’ve discussed on numerous occasions the difficulties facing gold miners, which have seen lower grades and a lack of discoveries. This has made mining the yellow metal more expensive. And as I indicated in a recent post, with a lower gold price, miners are rethinking projects that are too costly.

With many other commodities, resources companies are increasingly facing labor strikes, increased taxes and a backlog of projects that ultimately drive up the cost to mine and produce.

We agree with ETF Securities that the supercycle in commodities is alive and well. We are also in agreement with Credit Suisse when the firm explains that “the prices of individual commodities will no longer rise and fall together as they have for the last five years.” Instead, investors “are going to have to focus on the specific supply-and-demand dynamics for individual commodities.”

So instead of trying to guess which commodity will outshine all others, we suggest diversifying across all commodities to try to smooth out the inherent volatility. See the approach that the Global Resources Fund (PSPFX) takes here.

Ed. Note: No matter how you allocate commodities in your portfolio, you should always consider your options. That’s why we feature a wide variety of analysis on a wide range of topics in our Daily Reckoning email edition. If you’re not already receiving the DR straight to your inbox every afternoon, we suggest you sign up for free, right here, before another day goes by.