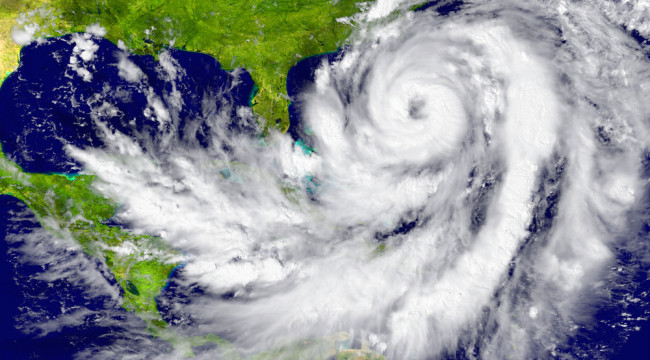 Breezes From a Deflationary Storm

If the Federal Reserve needs an excuse to hold off raising interest rates till next year, this is it…

Last night, the center of Hurricane Joaquin’s projected track went right up the mouth of the Chesapeake Bay, making a beeline for Agora Financial HQ in Midtown Baltimore.

This morning, it’s moved east… But that’s small comfort, for us or anyone else.

“There is going to be catastrophic flooding from North Carolina to Massachusetts, and this is going to disrupt the economy regardless of whether or not Hurricane Joaquin makes landfall,” says meteorologist Mike Smith, senior VP at AccuWeather Enterprise Solutions. [Disclosure: Mr. Smith was a colleague during your editor’s broadcast career.]

That sounds like the setup for another bout of deflation — the sort that can scotch the Fed’s insistence on “talking tough” about raising rates before year-end.

But you don’t have to listen to a weatherman to know which way the monetary winds are blowing. We have precedent here… from a mere three years ago.

In September 2012, the Fed launched “QE3” — buying $40 billion in mortgage-backed securities every month. Then Hurricane Sandy struck the Eastern Seaboard in October — the second-costliest storm in U.S. history. (Katrina is still No. 1.) Come December, the Fed super-sized QE3 and also started buying $45 billion in Treasuries every month.

The GDP numbers confirmed the Fed’s slowdown fears, registering an annualized 0.1% increase that quarter. And don’t forget how weak GDP in the first quarter of this year and last year were chalked up to an “unusually severe” winter.

“My expectation is that the Fed will soon reverse course and return to some form of easing — probably more forward guidance and a cheaper dollar,” says Jim Rickards — putting a finer point on remarks he made here last Friday.

Supporting evidence: As the fourth quarter of this year begins, the breezes from the outer bands of a deflationary storm are starting to blow through America’s factories.

The ISM manufacturing survey is out this morning. Not only did it come in below expectations, the reading of 50.2 is barely above the dividing line between a growing factory sector and a shrinking one.

Within the survey, we find new orders at 50.1 — the weakest since August 2012. And the prices manufacturers pay for raw goods clocks in at an ultra-low 38.0.

In a sane world, that latter number would be a good thing — you know, manufacturers can pass along their lower costs to you and me. But it’s the Fed’s world we live in, and deflation is the last thing the Fed wants.