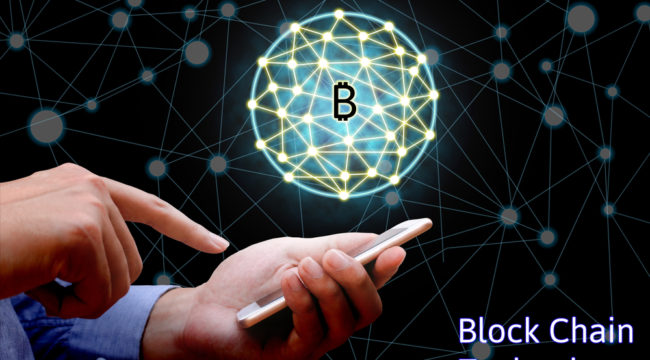 Blockchain: A Technology Whose Time Has Come

They thought I was nuts…

It was 2003. I was moving from my retail money-management business to managing an exclusive hedge fund.

My parting gift to my retail clients was Apple (AAPL). But not everybody was on board. When I told them about Apple, they thought I was crazy…

Many of my clients were skeptical. I understood why.

At that time, Apple was trading at the same price it had been in 1982. The stock price had done nothing in 21 years.

But I knew Apple had a new technology in the pipeline…

It was the iPod.

Up until then, you could only use the iPod on an Apple Mac. In 2002, Apple announced that it was finally rolling out a PC version.

This was a huge shift…

All of a sudden, the hottest music player in the world would be available to the biggest pool of technology buyers in the world. This was a no-brainer investment.

Why didn’t everyone jump on it?

The reason is simple: Apple was deeply misunderstood. People saw the iPod as a niche product.

I saw the iPod as the next generation’s Walkman. (The Walkman was a personal cassette player made by Sony. It dominated the 1980s.)

The clients who believed in me had the chance to make a small mint.

Over the next decade, a $10,000 investment would have ballooned to nearly a half-million dollars. The iPod was once a disruptive technology. It almost single-handedly killed off the compact disc (CD).

It was one of those rare opportunities to make a fortune on a truly groundbreaking idea.

Now, I don’t recount this story to brag… I want to show you why it’s so important to get into a revolutionary idea as early as possible.

The results can be life-changing…

For a while now, I’ve been on the soapbox preaching the virtues of cryptocurrencies. I’ve been so bullish on them that I’ve even received letters from my subscribers calling me “obsessive.”

And that’s fine. I understand why it may seem that way to you.

I had to drag my retail clients kicking and screaming into Apple back in 2003. If I wasn’t so “obsessive” then, they would have missed out on the iPod 49:1 money train.

So there’s a reason for my bullishness. I don’t want you to miss today’s opportunity before it slips away. And time is running out…

The game-changing technology I’m referring to is called the blockchain.

The blockchain is the backbone of the cryptocurrency industry. It tracks the transactions of digital money like a traditional ledger tracks bank transactions.

Here’s why the blockchain will be so revolutionary…

Today, it’s the transaction system for the burgeoning digital currency industry. But soon, you’ll be able to conduct all kinds of other transactions on the blockchain — from trading stocks to buying real estate.

And you’ll be able to do it in a fraction of the time and cost that it takes to do them today. Here’s an example of what I’m talking about…

Last September, I told my readers about the first international trade deal ever conducted over the blockchain. The trade was facilitated by Barclays Bank. It involved the purchase of $100,000 in butter and cheese.

What’s so amazing about this rather mundane trade?

Normally, trades like this take an average of 10 days to complete. They require hundreds—sometimes thousands—of documents to be signed.

But Barclays completed the trade using the blockchain in a mind-blowing four hours.

The finance trade industry conducts $2 trillion in transactions each year. It’s more than 400 years old. And the blockchain completely changed the game in four hours. Think of all the savings (and reduced paperwork) this new technology will create for the industry.

But not everybody recognizes it yet. Just like they didn’t recognize how disruptive the iPod would be.

The mainstream media hasn’t picked up on the blockchain yet. And few in the public even know what it is. (Ask your family and friends if they’ve ever heard of it; the answer is likely “no.”)

So now is the perfect time to get in: when the technology is about to take off… but right before the herd comes storming in. If you wait too much longer… you’ll be too late.

Not convinced this technology is set to explode?

Well, there’s more… Events are unfolding quickly. In addition to the Barclays trade in September:

And that’s just a small sampling of what’s going on right now, “hidden in plain view.” The writing is on the wall, as they say. The blockchain is rapidly becoming a reality.

Soon, the mainstream media and public at large will be hip to it. But by then, the upside will be gone… So the timing is urgent.

That’s why I’ll continue to pound away until more investors like you realize this opportunity… Just like I did with my clients back in 2003 until they saw the light about Apple.

If you’d like to play this trend, I recommend you buy a small amount of bitcoin. Many of the blockchain technologies arising today are based on Bitcoin’s technology.

But Bitcoin isn’t the only blockchain I’m currently bullish on. There’s another one that’s poised to become the “next Bitcoin.”

It runs on a new blockchain — a “blockchain for everything” — created by a former Bitcoin programmer.

And major tech titans IBM, Samsung, and Microsoft have bought in (Microsoft “greenlighted” millions of developers to work on it).

And I’ll even show you how to collect some “next bitcoin” for free.

Teeka Tiwari
for The Daily Reckoning

Teeka Tiwari is the co-editor of The Palm Beach Letter. At age 18, he had become the youngest employee at Lehman Brothers. Two years later, he shattered convention by becoming the youngest vice president in the history of Shearson Lehman.
Now a retired hedge fund manager, Teeka’s personal mission is to help teach individual investors how to grow their money safely.
Teeka has been a regular contributor to the FOX Business Network and has appeared on FOX News Channel, CNBC, ABC’s Nightline, The Daily Show with Jon Stewart, and international television networks.