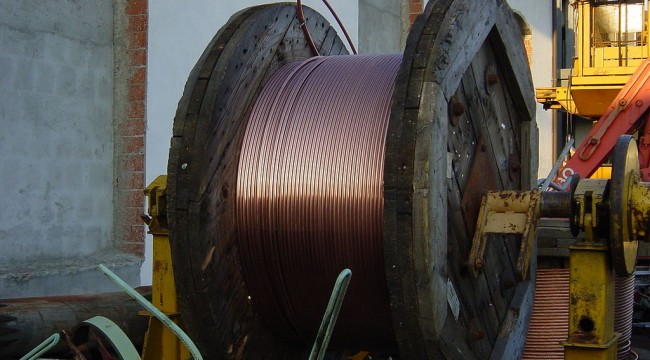 Blame the Fed for the Commodities Slump

VANCOUVER, Canada – When we left you at the end of last week the world was falling apart.

As you know, the economy functions on electronic credit… not cold, hard cash. Without the banks pumping more credit into the system – by way of loans – it sags.

More significant is the action in the gold market. At this morning’s price of $1,103 an ounce, gold is now trading $100 below what we thought was the “floor” under the price.

It could be that gold is signaling a global recession/depression. People tend to buy gold when they fear inflation. All they see today is a global deflationary slump.

The People’s Daily newspaper – the official organ of the Communist Party – tells us that Chinese electricity consumption is accelerating at the slowest rate in 30 years.

We all know China’s GDP figures are untrustworthy, but electrons don’t lie. They flow with the economy. And they’re now only increasing at a sluggish 1.3% a year – suggesting a big slowdown in the Chinese economy.

According to economists’ estimates compiled by Bloomberg – as opposed to the official spin from Beijing – China’s economy is growing at the slowest pace in 25 years.

Meanwhile, on the commodities highway, there’s a huge pileup.

The crash in the oil market – which has taken the price per barrel of U.S. crude down 53% over the last 12 months – has left a massive slick.

And the coal miners have slid on the cheap oil and gas.

In the March issue of our monthly publication, The Bill Bonner Letter, we explained why energy was so cheap. The Fed dropped the price of capital so low that it cost almost nothing to borrow.

When the cheap money came to an end, so would the cheap oil, we guessed.

But it hasn’t happened – yet…

So far, the Fed’s cheap credit has exaggerated and prolonged the bear market in oil. Producers who should have shut down months ago are still pumping – kept in business by ultra-cheap financing.

Coal, cheap when we wrote about it back in March, is now even cheaper. Today, the price of coal is down 70% from four years ago.

This is pushing coal producers to the edge of solvency…

For example, Alpha Natural Resources, a big producer of metallurgical coal – or “met” coal, which is used for steelmaking –was delisted from the New York Stock Exchange because its share price was “abnormally low.” Bankruptcy is now in the cards.

And this from OilPrice.com on the fate of another big met coal producer, Walter Energy:

Walter Energy, an Alabama coal miner, announced on July 15 that it is filing for bankruptcy. Senior lenders will see their debt turned into equity, and if the company cannot turn the ship around, it will more or less sell off all of its assets.

“In the face of ongoing depressed conditions in the market for met coal, we must do what is necessary to adapt to the new reality in our industry,” Walter Energy’s CEO Walt Scheller said in a press release.

Dr. Copper, too, says it’s going to be a rough second half of the year for the global economy.

Copper has earned the “Dr.” title; the old-timers say it is “the only metal with a PhD in economics.”

Copper goes into everything – houses, offices, electronics, autos, you name it. Although it’s not a perfect correlation by any means, when the price of copper falls, it indicates that the world economy is going down too.

Goldman said prices will probably drop another 16% by the end of next year and expects Chinese demand to grow at the slowest pace in almost two decades.

Goldman on Wednesday lowered its copper price outlook by as much as 44% through 2018.

Why the big slowdown? Why is the world falling apart?

Because you can’t fake an economic recovery…

Instead of “stimulating” a recovery, the feds have “simulated” one.

They dropped the price of capital to near zero. Commodity producers took the bait. They borrowed money and increased production.

But global demand couldn’t keep up.

And for that, you need a real recovery, not a phony one.