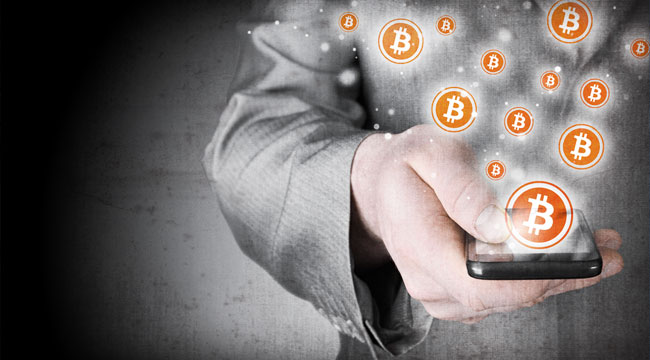 “Many people dream of quitting their job, collecting their bags, and jetting off to a tropical paradise forever,” the CoinDesk blog we looked over this morning reads.

“Many people dream, but few people act. Gregory Simon is one of the few who decided to act.”

A couple years ago, Simon left a well-paying, 12-year career in the banking industry to travel full time.

After trekking through all of 2013 with his fiance, “we fell in love with Nicaragua for its natural beauty and kind people,” he said in an interview with CoinTelegraph.

It’s true (about Nicaragua). Many of us here at our Baltimore HQ have been, including myself, and have said the same. (You’ll learn why we go there on a regular basis in future episodes.)

Simon loves “Nica” so much he’s decided to move there…

This year, he bought a 0.3-acre plot of land for himself and his fiancé in a town called San Juan Del Sur. His land is within a real estate development called Paradise Bay.

But Nicaragua is only a small part of the story.

The bigger story is how Simon bought the Nicaraguan beachfront…

It wasn’t with dollars or córdobas…

He bought it using Bitcoin.

“By using BTC,” Simon told CoinDesk, “we were able to complete the transaction quickly, with no need to involve banks or other third-party intermediaries.”

Convincing the seller to accept Bitcoin was easy. Fast, no fees, and cut out the middleman? No problem.

Simon isn’t just a casual Bitcoin user. He believes a revolution is afoot. And he wants to help push it over the edge…

“The current banking system is beyond immoral,” he told CoinDesk, explaining why he left his career in the field. “It takes advantage of the most helpless and poor people on Earth.

“I believe Bitcoin has the potential to revolutionize the money industry to a degree few people to date fully understand.”

And Nicaragua, he says, could be one good first step. Certain parts of Africa are currently leapfrogging over the need to install hard-wired cables in their mobile revolution. Nicaragua, he explained, could do the same with banking.

“Nicaragua is the second poorest country in Central America,” Simon explains. “Eighty-five percent of the population has no bank accounts or credit cards. Ten percent of the GDP is remittances from overseas.”

With Bitcoin, families will be able to send more money back home at a fraction of the cost. If you’ve used Western Union, you know international transfers aren’t cheap. With bitcoin, though, they are.

Then, Simon explains, millions of unbanked citizens will naturally flock to the digital doubloon, rather than going the more traditional routes.

What about the rest of the world? And what does it all mean for you?

As for the rest of the world: “Mainstream perception of Bitcoin, much like the crypto-currency itself, has been volatile,” Wired writes this week.

In November and December 2013, Bitcoin averaged 5 million Google searches per month. That was at its peak.

Since, it’s been sliced in half, as you can see in the search volume chart below…

“During its time out of the spotlight, however,” says Wired, “Bitcoin has made significant progress towards mainstream acceptance, and may be poised for a second breakthrough.

“In fact, Bitcoin is closer to achieving [more] widespread acceptance than ever before.”

A few months ago, most people thought Bitcoin was used only by online pornographers and drug dealers. The difference in perception today is impressive.

For example, the Bank of England, it appears, is astonished and afraid all at once…

Meanwhile, across the pond…

The first major retailer to accept Bitcoin — Overstock.com — took it on last January.

“As long as you can get on the Internet,” Overstock founder and CEO Patrick Byrne told Wired, “you can order and pay in Bitcoin. You can order in North Korea if you want — as long as you’re having things delivered to, say, Singapore.”

Also, United Way Worldwide, the largest private charity in the world, now (as of this week) accepts the digital currency.

When monster payment service PayPal announced a partnership with Coinbase.

PayPal will soon accept Bitcoin through its subsidiary Braintree — which already processes transactions by large companies including Uber, Airbnb and Dropbox.

Meaning, any company will now have the infrastructure available to accept Bitcoin.

But will the people accept it? You be the judge.

Bitcoin ATM sightings are happening all around the world…

One Bitcoin user recently realized that Dish Network accepts it…

Its iconic “B” is even showing up at college football games…

Look around you.Bitcoin is slowly slipping into the mainstream…

Meaning, soon, you might start seeing a lot more of these…

What could this mean for the future of money?

More on that in future episodes.

Ed Note: On the fence with bitcoin? Why not try it out for free? In today’s Laissez Faire Today, readers learned how to receive $10 worth of bitcoin, absolutely free. It was part of LFT’s Tip of the Day, which only subscribers with full access can enjoy. To gain complete access — and receive your daily Tip of the Day — click here now.