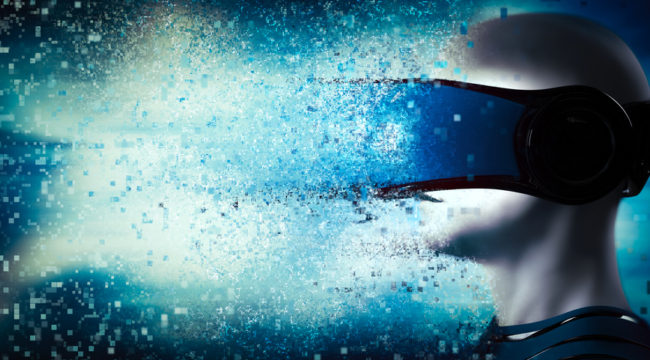 Bigger Than the Internet

There’s one massive investment trend in particular that I’ve been following. Although few people are talking about it yet, this trend will likely create trillions in wealth in the coming years, and mint thousands of new millionaire investors who get in early.

But let’s back up a bit first…

I got into investing for better or for worse by losing a lot of money. I sold a company in the ’90s. And because I was good at one thing I thought I was a genius at everything, which is a common mistake.

And of course, I was a genius at nothing. I started investing the money I’d made and essentially lost all of it. So I figured, “Hmm, I’d better take a step back and figure out what I’m doing wrong.”

Where are all these people who have been investing professionally for 30 or 40 years or longer and who are much smarter than me and have 100 researchers working for them putting their money?

There are lots of ways to find this out. You can find this out through your network of friends if you’re connected that way. You can scour SEC filings of big investors like Warren Buffett, plus his letters, his notes, things he mentions on either TV or in articles.

So I make a very big effort to follow all of these investors.

Let’s say Warren Buffett buys IBM at $100. It drops to $80, and then I buy it. It’s like Warren Buffett was my free intern. I’m buying all of his best ideas at a discount to where he bought them. You can’t get a better free intern than that.

And imagine if you had the 20 best investors out there today as your free interns. And you’re buying all of their best ideas at a discount to where they bought them.

So I decided I should model my investing approach that way. I built a website based on this idea, which eventually I sold to TheStreet.com. I’ve written thousands of articles about stocks following this idea. And many of those stocks have gone up thousands of percent. I also started a newsletter about the best ideas of the best investors.

I look for investors that tend to be longer term. They tend to not be traders. Additionally I happen to know a lot of these hedge funds. So I’m following all their filings. I don’t have any special information that’s not publically available. I’ve been keeping track of this for over 15 years. I even wrote a book, Trade like Warren Buffett, back in 2005, which details some of this.

Bringing it up to date, I’ve identified about 20 or 30 investors I’m most comfortable with. I primarily look at their new positions as opposed to their older positions. And even though I’m not claiming to be smarter than Carl Icahn when he buys his stock or Warren Buffett or whoever, I’ll just look and see if it fits one of my ideas of the important trends that are happening in the economy.

So what kind of trends am I watching right now?

Well, I’ve been talking about virtual reality for a while now. I actually discussed it some in Saturday’s Daily Reckoning. Even though virtual reality hasn’t been in the news as much lately, I think it’s going to have a massive impact.

Now obviously, the idea of virtual reality has been around forever, in movies and in science fiction books. But now you’re seeing companies like Facebook, Google, Apple, Microsoft, and Sony spend billions of dollars buying companies related to either the hardware, the software, the patents, or future research and development.

They’re hiring top-notch employees. And they’ve rolled out quality products for the first time ever. So this is an important trend.

Virtual reality is even bigger than the Internet. I know that sounds incredible, but I believe the potential is that vast.

But it’s not a big enough component yet of any one public company that you can say, “Ah, this is the pure play on virtual reality.”

So I’m keeping a really close eye on all the virtual reality-related companies. For instance, Apple has bought up a lot of virtual reality patents and it’s hired a lot of talented virtual reality people. It’s not a major source of revenues for them at this point. But it will be in the future.

As I said, there are no pure-play virtual reality stocks yet. But there are trends to look for.

Step number one is finding the public companies that are doing anything in this space. A great example might be NVIDIA (NVDA) making some of the graphic chip sets for virtual reality headsets. NVIDIA was big in the gaming space and now it’s going to be big in the virtual reality space.

Virtual reality is not a huge source of revenue for it yet. But it might be 99% of its revenue four, five, or 10 years from now. So I keep close track of which institutional investors or great hedge funds are buying the stock. I keep close track of NVIDIA plus maybe 20 other companies that I feel could make a mark in this space.

I also look at the private companies because I want to see which trends are developing fastest. I visited a company that has a deal with one of the largest real estate agencies in the world. Their deal is to make virtual reality experiences for every house that’s for sale. I wonder if real estate will be one of the first industries massively disrupted by virtual reality (after gaming, of course).

I actually think deflation is a massive macroeconomic trend. Obviously, we live in a fiat-currency world where the Fed, large corporations, and the government try to manipulate the economy. And the result is often inflation of the currency. If we haven’t seen rampant inflation in commodities for example, we have seen it in asset prices.

We’re also seeing the efficiency in solar panels increase, for example, which means prices per unit of efficiency are going down. Many solar companies no longer need to be government subsidized. That means solar panel company stocks might eventually go up. So I also keep track of solar. And again, I take cues the investors who are investing in this space.

The key is to diversify across many of these trends in innovation.

I’ve discussed the idea of  “backdoor investing” in the past. Well, not long ago I found a “backdoor” play on both solar and virtual reality. It was a little-known stock that’s 30% owned by various hedge funds that I follow.

It’s this quiet giant that’s making the chip sets for a lot of solar panel companies and also for virtual reality companies.

My guess is that you could double your money or better if you buy now and hold for the long term (I’m hosting a live event this Thursday, where I’ll discuss the latest tech trends I believe could hand you a legitimate shot at 1,000 gains by the end of the year. See below for details).

These are just some of the ideas looking at. With all the talk you constantly hear about bubbles, the Fed and a looming crash, it’s easy to forget that incredible opportunities exist in what I call the “innovation economy.”

That’s what I focus on, and suggest you do too if you want a bright future for you and your family.