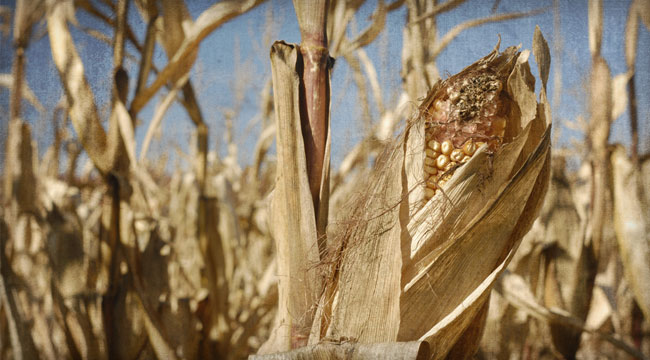 Last November, when the Environment Protection Agency (EPA) proposed moderating years of escalating mandates by reducing the amount of ethanol that must be mixed into gasoline, a top ethanol lobbyist seemed perplexed. “We’re all just sort of scratching our heads here today and wondering why this administration is telling us to burn less of a clean-burning American fuel,” Bob Dineen, head of the Renewable Fuels Association, told The New York Times.

Here are a few possible reasons why: America’s ethanol requirement destroys the environment, damages car engines, increases gas prices, and contributes to the starvation of the global poor. It’s an unmitigated disaster on nearly every level.

Start with the environment. After all, when the renewable fuel standard (RFS), which since 2005 has set forth a minimum annual volume of renewable fuels nationwide, was first set, one of the primary arguments for mandating ethanol use was that it was a greener, more environmentally friendly source of fuel that released fewer greenhouse gasses into the atmosphere.

This turns out to be complete hogwash. Researchers have known for years that, when the entire production process is taken into account, most supposedly green biofuels actually emit more greenhouse gasses than traditional fuels.

Some proponents of the ethanol mandate have argued that the requirement was nonetheless necessary in order to spur demand for and development of more advanced, environmentally friendly biofuel like cellulosic ethanol, which is converted into fuel from corn-farm leftovers.

But there are two serious problems with cellosic ethanol. The first is that cellulosic ethanol turns out to be rather difficult to produce; despite EPA projections that the market would produce at least 5 million gallons in 2010 and 6.6 million in 2011, the United States produced exactly zero gallons both years — and just 20,069 gallons in 2012.

The second is that cellulosic ethanol is also bad for the environment. At least in the short-term, the corn-residue biofuels release about 7% more greenhouse gases than traditional fuels, according to a federally funded, peer-reviewed study that appeared in the journal Nature Climate Change last month.

The environmental evidence against ethanol seems to mount almost daily: Another study published recently in Nature Geoscience found that in São Paulo, Brazil, the more ethanol that drivers used, the more local ozone levels increased. The study is particularly important because it relies on real-world measurements rather than on models, many of which predicted that increased ethanol use would cause ozone levels to decline.

To make things worse, ethanol requirements are bad for cars and drivers. Automakers say that gasoline blended with ethanol can damage vehicles by corroding fuel lines and injectors. An ethanol glut caused by a misalignment of regulatory quotas and demand has helped drive up prices at the pump. And the product is actually worse: ethanol blends are less energy dense than regular gasoline, which means that cars relying on it significantly worse mileage per gallon.

American drivers have it bad, but the global poor have it far worse. Ethanol requirements at home have helped drive up the price of food worldwide by diverting corn production to energy, which dramatically reducing the available calorie supply. A 25-gallon tank full of pure ethanol requires about 450 pounds of corn — roughly the amount of calories required to feed someone for a year.

Some 40% of U.S. corn crops go to ethanol production, which in effect means we’re burning food for automobile fuel rather than eating it. Studies by economists at the World Bank have found that a one% increase in world food prices correlates with a half-percent decrease in calorie consumption amongst the world’s poor. When world food prices spiked between 2007-2008, between 20-40% of the effect was attributable to increased global reliance on biofuels. The effect on world hunger is simply devastating.

Ethanol lobbyists are still pretending the renewable fuels mandate is a success, and Senators from corn-friendly states in the Midwest are still urging the agency not to proceed with the proposed reduction to the mandate. But at this point, ethanol requirements have few serious defenders except the people who profit from its production and the politicians who rely on those people for votes and campaign contributions.

Judging by the cut it proposed last November, even the EPA seems to be wavering. A final regulation has yet to be submitted, but the proposal would reduce the amount of renewable fuels the agency requires this year from 18.15 billion gallons to 15.2 billion gallons. That’s if the EPA sticks to its original plan. The agency is under heavy pressure to moderate its proposed cuts, or avoid them entirely.

Ed. Note: The age of ethanol might be over, but that doesn’t mean you can’t make money off the energy boom here in America. If you were a subscriber to Laissez Faire Today, you would have learned about an exclusive opportunity to profit off the real energy boom that’s reshaping the U.S. economy right now. Click here to sign up for Laissez Faire Today, for FREE, to make sure you don’t miss out on future updates.

Will Hawaii Lead the World to Cheaper Power?

Hawaii, which belches diesel exhaust from its power plants, has declared that it will derive all its electricity from renewable sources by 2045.