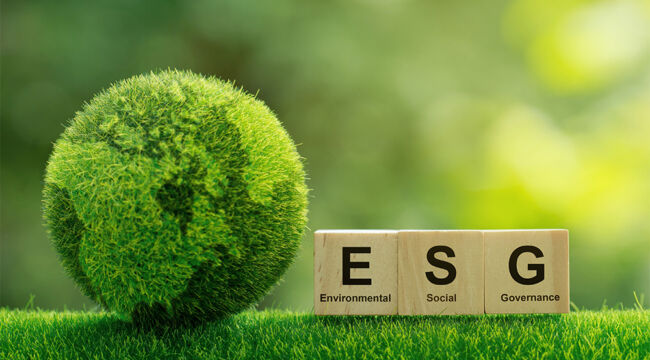 Last week, HSBC, one of the world’s largest banks, announced that it would no longer fund oil and natural gas exploration and development projects.

It also announced that it would increase the scrutiny of existing customers in terms of their efforts to reduce carbon emissions.

It all has to do with so-called ESG investing.

As you probably know by now, ESG stands for environmental, social and governance, which are the three factors business managers and investment advisers are implored to take into account when making business and asset allocation decisions.

Profits Are No Longer King

Making the environment better, improving society and ensuring good governance outside the boardroom were considered to be the jobs of government, civil society or not-for-profit entities. Companies were all about the bottom line. Not anymore.

Because of their wealth, scope and influence, companies have been hijacked by the power elite and ideologues to carry water for a host of social programs and causes from public housing and education to climate change.

That’s behind HSBC’s decision to stop funding all oil exploration and development.

ESG Is Great for Big Oil

The world will depend on oil and natural gas as far as the eye can see. And someone has to produce them. The major oil companies can withstand the impact of ESG investing much more than smaller energy companies, which will suffer under these policies.

That leads Big Oil to explore for, and to produce, the large amounts of oil and gas the world needs.

There’s no way wind and solar power can conceivably replace oil and gas anytime soon. No combination of wind turbines and solar modules can provide the baseload of electricity to maintain a modern power grid.

And don’t count on improved batteries to store the energy from wind and solar sources. Batteries are not a solution because the quantities of nickel, lithium, copper and other strategic inputs cannot be mined in sufficient quantities to manufacture more than a small percentage of the storage capacity needed to convert intermittent power sources into reliable flows.

Meanwhile, the energy needed to conduct the mining of these resources is greater than the energy stored in the resulting batteries. Finally there is the problem of disposing of the batteries, which wear out in about eight–10 years and are loaded with poisonous chemicals.

So forget about so-called green energy, at least for the foreseeable future.

What does it all mean? Again, the world will depend on Big Oil for its energy needs, especially as ESG investing deprives smaller companies of the funding to explore for and develop oil.

OPEC and Russia (now known as OPEC+) recently decided to reduce output to support prices for the foreseeable future. Continued oil embargoes on exports of oil by Iran and Syria led by the United States are another drag on output.

Of course, analysts have long been familiar with the litany of Biden administration damage to the oil and gas supply beginning with the termination of the Keystone XL pipeline, greatly constraining new oil and gas exploration permits on federal lands, handicapping the fracking industry with new regulations and more.

All that reduces output and supports higher prices.

In short, Big Oil is positioned to reap the benefits of myopic policies, geopolitical trends and simple supply and demand because they have the resources to overcome the funding shortages that smaller companies don’t have.

And for what? It all traces back to climate alarmism.

Alarmism has no basis in observable science. It’s all the result of climate models, which have been consistently wrong about warming because they reflect the biases of their programmers.

They’re kind of like the climate’s version of the Fed’s economic models. They’re always wrong, and not by a little.

The climate change models are garbage (and, yes, I have studied them and understand the math and complex dynamics and I know why they’re garbage. They can’t even backtest reliably let alone forecast. Like I said, garbage).

So, the threats of “existential crisis” and “we’ll all be underwater in ten years” are based on garbage.

If you listen to the climate alarmists, they’ll tell you we only have a few years to save the planet. If we don’t eliminate CO2 emissions quickly, the planet will warm, sea levels will rise, storms will intensify, cities will be inundated, and lives will be lost to starvation, disease and dehydration.

Every one of those claims is empirically false, but that doesn’t stop the global power elite from trying to shut down the oil and gas industries and replace power generation with solar, wind and hydropower or so-called renewable sources.

Here are the facts: The best evidence is that the planet is not warming, but it may be cooling under the influence of a periodic minimum in solar flare activity and increased volcanic activity (the two may actually be related), which creates an atmospheric ash layer that cuts down on sun intensity.

Sea levels may be rising slightly, but the tempo is about 7 inches in the next 100 years. That’s hardly cause for alarm considering that sea levels rose 400 feet since the end of the last ice age, and humans adapted just fine.

CO2 is a trace gas that makes up just 0.04% of the atmosphere (400 parts per million) and doesn’t have a major impact as far as science can tell, except that it is essential for plant nourishment.

Based upon recent studies, a doubling of carbon dioxide would likely result in a temperature increase of only about 1.5 degrees Celsius. That’s hardly a crisis.

The War Against Plants — and Men

There is some danger that if CO2 levels are reduced too much, plant life may suffer. The reason hurricanes are producing more property damage is not because the storms are more intense — peak intensity in the past hundred years was in the 1940s — it’s because fools with federally subsidized flood insurance are building mansions on sand bars where they don’t belong and the mansions get blown away in predictable storms.

I could go on. The tragedy of it all is that we’re reducing our energy supplies and driving up costs over nothing but a big lie.

Someday, someone needs to answer for that.