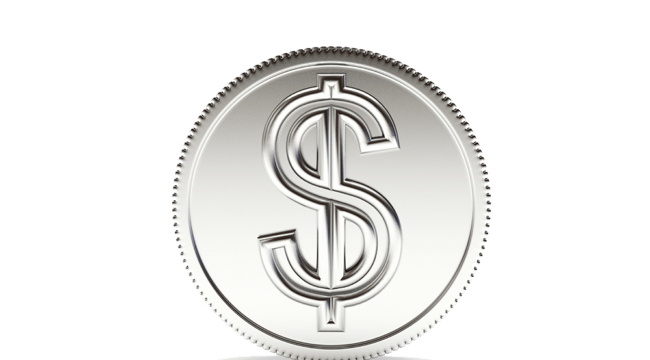 “Some ideas are so stupid that only intellectuals believe them” — as noted Mr. George Orwell.

Perhaps we flatter Dr. Paul Krugman by labeling him an intellectual. Yet the shoe fits his foot with astounding precision. And so he must wear it.

That is, the fellow harbors ideas so stupid… he can be nothing else but an intellectual. Example:

The Congress of the United States must soon locate its jack… and begin working the crank… until it elevates the existing debt roof to clear space for additional spending… else the lights go dark… and the federal government “shuts down.”

The United States government would then fall into arrears… broke, destitute, penniless.

And if the gentlemen and ladies of Congress cannot locate the jack? If the two sides cannot elevate the roof?

Some wags have assigned it the appropriate label, “Big Coin.”

The Department of Treasury can stable this exceptional coin at the Federal Reserve. Uncle Samuel can then proceed to author checks against it.

The business would open a loophole within the United States Platinum and Gold Bullion Coin Act of 1995.

This loophole authorizes the Treasury to mint platinum coins. It does not limit their denominations to a specified dollar quantity.

The existing debt roof need not be raised then… so long as the Treasury can draw claims upon this $1 trillion coin.

From the Horse’s Mouth

Do we misstate, exaggerate or distort the intellectual Dr. Krugman? We do not:

On the face of it, Janet Yellen could mint a platinum coin with a face value of $1 trillion — no, it needn’t include $1 trillion worth of platinum — deposit it at the Federal Reserve and draw on that account to keep paying the government’s bills without borrowing.

“The statute clearly does authorize the issuance of trillion-dollar coins.”

Mr. Philip Diehl — former director of the United States Mint — claims the government can have its coin “within hours of the Treasury secretary’s decision to do so.”

Stamp the coin at West Point and it is but a helicopter’s flight to New York City and the Federal Reserve’s vaults at 33 Liberty St.

The United States Mint will be relieved to learn it needn’t collar $1 trillion of platinum to take up the job.

Platinum presently goes at $986 the ounce.

Only the galactic intellect of Dr. Paul Krugman can house this coin — and other like intellects…

Each lawmaker, each intellect, has showered the idea with high blessings.

Why Limit It to $1 Trillion?

Yet questions springs immediately to mind: Why raise the debt roof at all given this simple solution? Why not merely strike a fresh platinum coin when the first is depleted? And another when that coin is depleted? And why limit it to $1 trillion?

The United States government can retire its entire debt at a stroke.

Strike a $100 trillion coin and the United States would be in clover for decades and decades to come.

Strike a $500 trillion coin and you have heaven extending to every corner of Earth until the end of days.

Recall, the United States Platinum and Gold Bullion Coin Act of 1995 does not restrict the dollar denomination.

Thus we offer you a proposal…

Our minions inform us that steel accounts for some 55% of the average auto’s weight.

They further inform us the average auto runs to 2,871 pounds.

One pound of steel presently trades at perhaps $1 the pound (differing grades go at different prices).

We wish to sell you our vehicle for scrap. But we are dissatisfied with the limited $1,579 haul.

Yet we have been granted the extraordinary power to determine steel prices.

Thus we declare one pound of steel the equal of $1 million.

It can be yours at this price. Are you ready to sign upon our dotted line?

We are reasonable of course… and willing to negotiate in the spirit of generosity so typical of us.

Not Even Janet Yellen Agrees With Krugman

Not even such an intellect as Janet Yellen dazzles as brightly as Dr. Krugman. She labels the Big Coin business “a gimmick”:

I’m opposed to it and I don’t think we should consider it seriously. It’s really a gimmick… [It] is equivalent to asking the Federal Reserve to print money to cover deficits that Congress is unwilling to cover by issuing debt…

Dr. Krugman must certainly set the lady down as a sort of ox… an imbecile… an undersoul deaf to the music of the spheres that is audible only to intellectuals such as he.

He is correct about Janet Yellen of course — but he himself is deaf to the celestial music.

He mistakes banjos for harps.

Yet does some metallic answer to a debt roof crisis exist, absent a truce?

Yes, says Jim Rickards — at least a partial answer. But the metal is not platinum. It is gold…

What people don’t realize is that there’s a way gold can be used to work around a debt ceiling crisis. I call it the weird gold trick, and it’s never seen discussed anywhere outside of some very technical academic circles.

It may sound weird, but it actually works. Here’s how…

But we have a Fifth Amendment in this country that says the government can’t seize private property without just compensation. And despite its name, the Federal Reserve is not technically a government institution.

“Fed, Give Me the Money”

The Treasury calculated the difference, sent the Fed a new certificate for the difference and said, “Fed, give me the money.” It did. So the government got the money it needed from the Treasury gold until Congress increased the debt ceiling.

Unlike Big Coin gimmickry, this “weird gold trick” does not require fantastic manipulations of the metal price.

The Treasury haul would therefore fall below the value Jim lists below. Yet it would still be handsome…

That ability exists today. In fact, it is exists in a much larger form, and here’s why…

Right now, the Fed’s gold certificate values gold at $42.22 an ounce. That’s not anywhere near the market price of gold, which is about $1,900 an ounce.

I’ve done the math, and that number comes fairly close to $500 billion.

In other words, the Treasury could issue the Fed a gold certificate for the 8,000 tons in Fort Knox at $1,900 an ounce and tell the Fed, “Give us the difference over $42 an ounce.”

The Treasury would have close to $500 billion out of thin air with no debt. It would not add to the debt because the Treasury already has the gold. It’s just taking an asset and marking it to market.

It’s not a fantasy. It was done twice. It was done in 1934 and it was done again in 1953 by the Eisenhower administration. It could be done again. It doesn’t require legislation.

Will the fiscal and monetary authority resort to this “weird gold trick” if circumstances warrant?

We have no expectation that they would. Yet we believe it has far more sense in it than a $1 trillion coin of platinum.

That is precisely why we believe they would mint the coin. For Washington is to the gunwales with intellectuals.

And recall: “Some ideas are so stupid that only intellectuals believe them.”