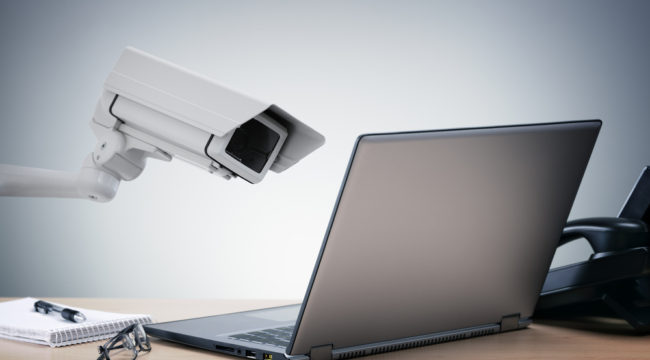 Big Brother Is Coming for Bitcoin

Interest in bitcoin is red-hot right now. It’s impossible to open a website, listen to a podcast or watch a video in the financial space without hearing about the meteoric rise in the price of bitcoin.

I know about the bitcoin frenzy firsthand.

I’m a frequent guest on financial television and do many online interviews. Sooner or later in almost every interview, the anchor will turn to me and say, “Jim, I have to ask, what’s your opinion on bitcoin?” And away we go.

The fact is I actually don’t like talking about bitcoin; it’s one of my least favorite topics. But I can’t avoid it!

Of course, bitcoin is just one of many cryptocurrencies. There are hundreds in total with names like ether, dash, dogecoin and blackcoin.

For convenience, I will refer to all cryptocurrencies here as “bitcoin.” But you should understand that the analysis offered applies to the other cryptos as well.

Maybe you know a “bitcoin millionaire” who bought 500 bitcoins a few years back for $50,000 and is now sitting on a bitcoin fortune worth over $2 million. It’s true, those people actually do exist.

While I’m not a fan of cryptocurrencies, I am a believer in the power of the technology platforms on which the cryptocurrencies are based. These are usually called the “blockchain,” but a more descriptive term now in wide use is “distributed ledger technology,” or DLT. There’s no denying that fortunes have been made and still will be made in various DLT applications.

When it comes to cryptocurrencies like bitcoin, I take a laissez-faire approach. Do your own thing. If you want some bitcoin in your portfolio as part of a diversified bundle of assets, that’s up to you. If you want to speculate in some of the other lesser-known cryptocurrencies, that’s fine, too. You might make a lot of money.

My only admonition is caveat emptor. Please take the time to understand how it works and what the risks are.

I am not a technophobe and I’m not a bitcoin basher. I understand bitcoin very well at a technical level. I’ve read the original technical papers on bitcoin from 2009 and many commentaries since.

I even worked with a team of experts and military commanders at U.S. Special Operations Command (USSOCOM) to find ways to interdict and disrupt ISIS use of cryptocurrencies to fund their terrorist activities and caliphate.

My opinion is straightforward. Again, I’m not telling anyone not to own cryptocurrencies, but I don’t own any bitcoin and I don’t recommend cryptos to investors. My reasons have to do with bubble dynamics, potential for fraud and the prospect of government intrusion.

The latter is especially important.

There is every indication that governments, regulators, tax authorities and the global elite are moving in on cryptocurrencies. The future of bitcoin may be one in which Big Brother controls what’s called “the blockchain” and decides when and how you can buy or sell anything and everything.