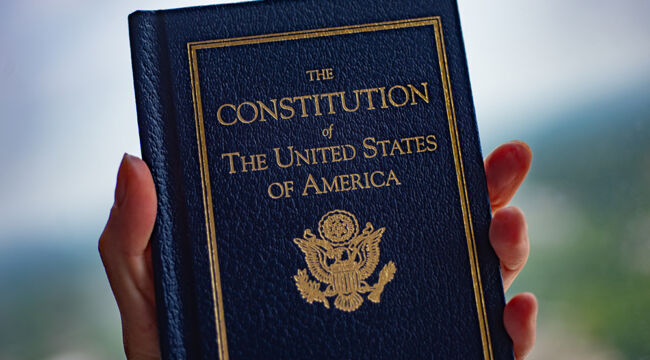 We’re now in the middle of a new surge of COVID cases blamed on the Delta variant of the SARS-CoV-2 virus. The Delta surge should abate significantly by mid-September.

But I’m afraid the consequences of bad economic policies engendered by the pandemic will last much longer.

In the immediate aftermath of the first pandemic wave (March – May 2020), the White House, Congress and the Fed implemented a financial wave of new policies.

No doubt some of these policies were needed in mid-2020 to prevent the economic collapse from turning into a full-scale financial panic. Still, there is serious doubt about the efficacy of monetary and fiscal “stimulus” apart from some very temporary relief. In fact, there’s good evidence that money printing and deficit spending do not provide stimulus at all, because the economy has far too much debt to begin with.

It’s like a plane that’s loaded down with too much weight. It can’t get off the ground.

Slowly, some of these policies are ending. Extended and increased unemployment benefits have ended in most states and should end in all states by late September. The Payroll Protection Plan loans have ended. No additional check handouts are being considered.

Since When Did the Constitution Matter?

The same phase-out was supposed to happen on evictions of tenants by landlords on July 31, just over a week ago. This anti-eviction policy was originally based on a declaration by the Centers of Disease Control (CDC) in response to the pandemic.

A few months ago, the U.S. Supreme Court ruled that such economic declarations by an independent medical agency were unconstitutional. It would take an Act of Congress to create a new moratorium. But, the White House did not request this legislation and Congress mostly ignored it so the eviction moratorium ended on schedule.

The end of the moratorium caused an uproar among progressive elements of the Democratic Party, especially among members of “The Squad,” including Alexandria Ocasio Cortez and Cori Bush.

It was too late to pass legislation, but President Biden responded by pressuring the CDC to announce a new moratorium. On cue, CDC announced the new moratorium that runs until October 31, a three-month extension.

There’s only one problem. The Supreme Court had already said a moratorium by CDC was illegal. Biden acknowledged this ruling but said he would fight it out in court; (it’s likely the 90-day extension will come and go before a case can be filed and fully-litigated).

What this episode shows is that not only does a pandemic produce bad economic policy, it produces reckless disregard for the law. If Biden can trample on a Supreme Court ruling when it comes to landlord property rights, what other rights can he trample on?

We’ll find out soon. In the meantime, this blatant disregard for the law is just one more source of uncertainty for the economy and one more headwind for economic growth.

To understand the importance of this announcement, it’s necessary to drill down a bit on exactly how the student loan market works.

The total amount of student loans outstanding is about $1.7 trillion. That’s more than the baseline budget deficit for 2021 for the entire U.S. government. Why does an amount that large not get reported as part of the deficit?

The reason is that the Treasury is not the actual lender (this is done through third-party lenders and loan servicers). But the Treasury guarantees repayment of the loans to the lenders.

Since the obligation is a guarantee rather than a loan, it is “off-the-books” for budget deficit purposes. That’s fine as long as the loans are repaid. But, when the loans default, the lenders turn to the Treasury to compensate them by performing on the guarantee.

The Treasury writes a check to the lender and that’s when the bad loan hits the government books.

Student loan defaults were already skyrocketing before the pandemic, but defaults would have gone through the roof under COVID conditions. That’s when the moratorium was put in place. If no payment is due, then no default can arise, and there is no impact on the budget deficit.

The problem is how do you get out of this mess?

Why Pay Your Loans When They’ll Be Forgiven?

Students who are enjoying the payment moratorium are almost certainly not creating reserve funds for future repayment. Many assume that the moratorium will be replaced by loan forgiveness. That’s exactly what progressives such as Bernie Sanders, Elizabeth Warren and Alexandria Ocasio Cortez are calling for.

The progressives take the view that the longer the moratorium persists, the larger the repayment burden will be and the more likely a loan forgiveness plan will be adopted.

When that happens, the entire $1.7 trillion will hit the deficit books at one time on top of the multiple trillions of dollars of deficit spending that has already occurred. And, who pays for that deficit spending?

In the end, you pay for it as a taxpayer.

None of this is well understood by the general public. That suits the progressives just fine. The less people know, the easier it is to hijack $1.7 trillion of taxpayer wealth.

That bill is coming soon and it’s just one more headwing to economic recovery, as if we don’t face enough already.