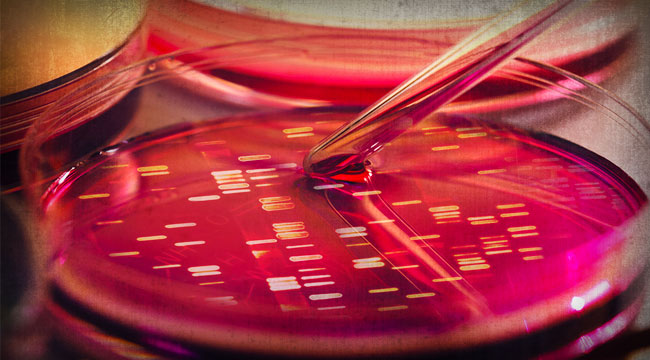 The Best Performing Sector For the Rest of 2014

“The biotech breakout has arrived — and it can make you a bundle over the next few months,” said Greg Guenthner of our trading desk.

“No one’s thinking about backing up the truck right now. That’s why this is the perfect time to strike.”

His essay was aptly title, “Why Biotech Stocks are Screaming ‘Buy Me’ Right Now.”

“Biotech shares have shot up a staggering 12% since Oct. 15… That’s an insane move in such a short time.”

During the first eight weeks of 2014, it jumped another 30%. The rest finally came in March and April. But as the year wore on, Greg spotted a comeback that began in June. From that point, the sector jumped 17%. Then it swooned along with the rest of the stock market.

Now the back-and-forth, up-and-down is over.

“Biotech shares have shot up a staggering 12% since Oct. 15,” says Greg. “That’s an insane move in such a short time.

“And they’ve got all kinds of room to run. In fact, with many important names hitting new highs right now, biotech could be the best performing sector on the market for the rest of 2014.”

Sure, you could buy an ETF like the iShares Biotech (IBB) for a few weeks’ trade. But if it’s the really big money you’re looking for, a little patience has the potential to pay off in what our tech maven Stephen Petranek calls “ultra-wealth”…

“The older you get, the more likely you are to have prostate cancer,” Stephen said in an essay last December. “It cannot be overstated that this is a disease of aging.”

Yes, bad genes are a factor. But the biggest factor by all is sheer age. Stephen’s father was diagnosed in his early ’70s. “It turns out that any man that age in the United States has a 1 in 8 chance of going to his doctor and getting that bad report.”

No, it’s not a death sentence. But all the same, it’s the second-leading killer of men among all cancers — behind lung cancer.

Prostate cancer treatments are a $12 billion-a-year market. Back in February, Stephen identified a player in the sector whose drug was becoming a powerful competitor behind Zytiga, one of the 100 top-selling drugs in the country. Shares have jumped a solid 24% since then.

But there’s still ample upside: Last month, the FDA approved expanded use of the drug.

It is now available to patients whose cancer has spread — but who’ve never received chemotherapy. “This news is only the beginning of what we’ll see from this company,” says Stephen, “if my read is correct.

“Eventually, this drug could be used in men at the first sign of rising PSA counts.”

“Researchers are beginning to agree that breast cancer and prostate cancer are extraordinarily similar diseases,” Stephen explains, “that may respond to the same drugs.”

Phase 2 trials of the drug are now underway in breast cancer patients. Wall Street is already starting to notice — with one analyst saying it has the potential to become a “first in class” breast cancer treatment.

“You can make the case,” says Stephen, “that this company could see its revenues from the drug double and then double again and double again. This stock has a huge potential.”

With biotech taking off right now, you have the ideal entry point if you weren’t one of Stephen’s readers when he first recommended it.

P.S. Second chances like this don’t come along often. That’s why I was so pleased to share Stephen’s latest research with my 5 Min. Forecast readers. But it doesn’t stop there… Inside each issue of The 5 Min. Forecast, we discuss a wide variety of topics that are often accompanied by urgent profit opportunities. If you want the full story, complete with these unique chances at windfall profits, you owe it to yourself to sign up for The 5 Min. Forecast, right here.