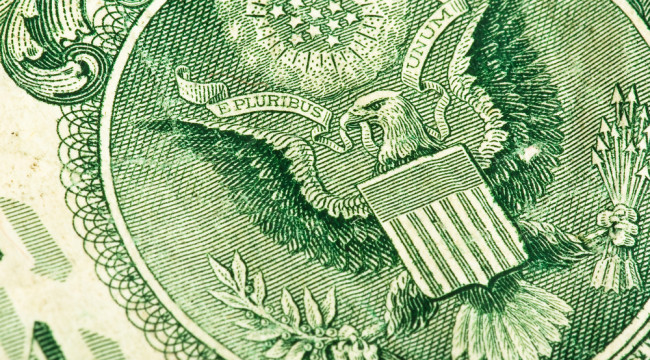 By now we have all heard it many times before…the Fed’s mantra about ending QE is starting to sound just like a broken record. Our central bank is aware it has to stop manipulating credit and interest rates some day, and on a basic level it really wants to end that game, but the right time never seems to come. Sort of like someone who wants to quit smoking is often heard exclaiming that this will be his last pack of cigarettes. But a hundred cartons later he’s still puffing away. He knows it’s wrong, so he vows to stop. However, soon everyone realizes he’s just full of smoky-hot air.

Likewise, the Fed is quickly losing all credibility with investors. Very soon its threats to stop QE will be laughed at in the same way as we do the empty promises to quit from a chain smoker. After all, QE is all about lowering long-term interest rates for the purpose of encouraging more borrowing and forcing investors to purchase more risk assets. Therefore, it is the height of hypocrisy and stupidity on the part of the Fed to maintain that ending QE will not force the long end of the yield curve higher and cause a massive selloff in equities and real estate.

The Fed keeps insisting this won’t happen and is trying to convince the market that it has things wrong. However, they know rates will rise; and that is why it is so reticent to start tapering bond purchases. So, all Mr. Bernanke can do is make repeated threats about tapering and hope the bond market’s reaction will be different this time around. But it won’t…and the longer the Fed waits to end QE the more drastic the move higher in interest rates will be.

Tapering talk started on May 22nd during Mr. Bernanke’s congressional testimony. In it, he claimed the Fed could start to reduce QE by year’s end. That first salvo sent the 10-Year Note on a journey higher from below 2%, to 3% by September 5th. However, like a good addict, the Fed saw the ensuing slowdown in the economy caused by those rising rates as an excuse to keep printing money. Its no-taper surprise delivered at the September 17-18th meeting saw the 10-Year Note drop from 2.9%, to below 2.5% in a month.

The excuse given for not tapering was “tightening financial conditions”, which were of course caused by the Fed itself! Then, at this latest meeting held on October 29-30th the Fed stated that some imaginary improvement in economic conditions has been recently achieved. Despite the fact that the economic data has been mixed, the bond market took the Fed’s exuberance as a signal the taper was back on and to once again sell Treasuries. The Ten-Year Note climbed from 2.47% to 2.62%, just two days after Bernanke’s statement was read and it has now reached 2.75%.

So let’s get all this straight, the Fed threatens to taper its asset purchases and that causes the entirely rational response to sell bonds, which sends rates higher; and that soon causes the Fed to panic and to once again promise to keep the printing presses rolling, which causes interest rates to fall; and that then allows the Fed to find the courage to talk about tapering again…wee! Aren’t you glad these people are in charge?

Of course, the Fed knows that buying $85 billion worth of government debt each and every month without end and without regard to price has sent bond prices and risk assets far higher than they would ever possibly be if they were instead driven by free-market forces. This is what the Fed set out to do in the first place. Therefore, the Fed knows ending its QE program equates to a massive tightening of credit conditions no matter what it would otherwise have you believe. Mr. Bernanke claims tapering isn’t tightening, which is about as credible as President Obama’s claim that, “If you like your insurance plan you can keep it…period.”

Wall Street would also like investors to believe the stock market is being powered by strong earnings that are the result of a vastly improved economy. But if this is true then why does the market tank each time the Fed threatens to end buying over $1 trillion worth of government debt per year?

The real truth is the Fed will not end QE until consumer debt is once again dwarfed by the phony wealth created through asset bubbles. It is at that point the consumer will start to desire more debt accumulation and the private banking system will then be able to expand the money supply. This will bring inflation up to where the Fed is comfortable and can persist without the continued expansion of its balance sheet. Once banks are lending money again to consumers that can’t pay it back, the money supply will grow without having to grow the monetary base. And all will be well once again just as it was before the economy collapsed in 2008.

Therefore, investors that are worried about inflation have great reason to be fearful. The Fed will not stop expanding credit until the purchasing power of money is under great duress and debt levels in both the public and private sectors are at incredible extremes. The Fed wants you to believe once it is successful in creating massive bond, stock, real estate and debt bubbles it can then allow interest rates to rise from zero percent — where they have already been for the last 5 years — with economic impunity. Nevertheless, investors would be wise to reach an entirely different conclusion and prepare their portfolios now for the coming economic chaos. That means having the ability to anticipate intractable inflation and or a deflationary depression, the inevitable bond market crisis; and being ready to deploy an investment strategy for each outcome.

P.S. Readers of The Daily Reckoning email edition get some great tips on the events that shape our economic reality, and even learn how to increase their wealth. Don’t miss out on tomorrow’s gains. Click here now to subscribe.