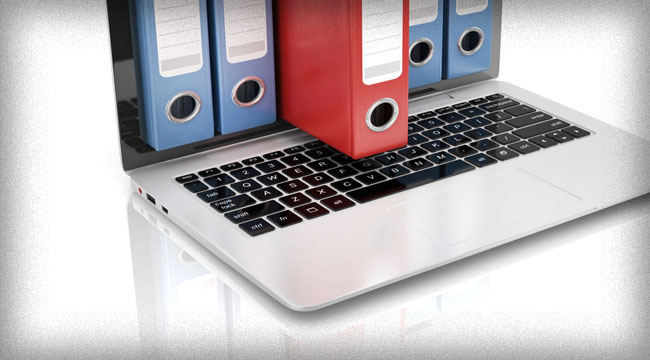 Be Your Own Manufacturer

I’ve noticed a trend with the writings of Chris Anderson, former editor of Wired magazine and the author of a new book on 3-D printing called Makers: The New Industrial Revolution.

It goes like this. He comes out with a book, and the highbrow experts say it’s crazy, that this time he has gone too far. Two-three years later, the world has changed, and his predictions have come true. His critics don’t admit it (have you noticed that few people ever admit errors?). By that time, he has a new book out, and the experts again say it’s crazy. And so on it goes. He is always one step ahead, like a prophet, but without the honor he deserves.

In his first major book, The Long Tail (2006), he said the common culture of enterprise would die, and this is great. Instead, in the future, consumer culture will be driven by the desire to curate micro-cultures for ourselves. Technology has allowed markets to become super focused on a niche, rather than the broad swath of humanity. In fact, he said, there are more profits associated with niche-focused business than the hope of selling to every man or woman on the street.

At the time, this idea seemed crazy. The conventional wisdom of business has been that the bigger the market sector, the better. He was saying the opposite. Now we look around and see that nearly every market is a niche: No two consumers are alike. Not only that, but the biggest and best companies today (Google, Amazon, the app economy) specialize in fanatical service toward millions of tiny niches, in every way that can express itself.

Then he came out with his book Free: How Today’s Smartest Businesses Profit by Giving Something for Nothing (2010). He said that the trend is taking all consumer products down to $0 for the basic service and making money on the add-ons. In fact, business in the future will be begging people to take stuff for free.

His critics went nuts and said, “Oh, this is crazy stuff. Can’t happen.” Today, if you want to denounce his thesis, you can do it in real-time video through Google+ Hangouts, Facebook video chat, Skype, Twitter, or uncountable numbers of free services that uncountable numbers of businesses are begging you to try. Contrary to every prediction, even Facebook is making money by giving away its main product for free.

The purpose of Makers is to explain how manufacturing is traveling on the same trajectory as communication, publishing, and media. It will devolve from big institutions to small institutions, and finally to individuals. The focus is, of course, 3-D printing. He forecasts a world without shipping, without controls, without the huge transactions costs of getting things. Instead, our shopping will consist of downloading models and printing what we need.

Crazy, right? Yes, just like his previous two books — which is to say not crazy at all.

Why has he been so consistently correct in his outlook for the market’s future? Because he is hooked into the community that is making it happen. From his position as editor of Wired, he was constantly in contact with the edgiest and most entrepreneurial companies in the world, the people who are forging a new tomorrow. He observes a pattern, explains, and sees clearly that it will win the day because it works.

By the time the rest of the world catches up to see the point, he has moved on.

Well, this month was the month that the rest of the world saw the point, and it made the headlines in a huge way. Law student Cody Wilson of Defense Distributed printed out a workable handgun called “The Liberator.”

But with every great advance in history, there are those that resist it. The government, in this case, is the chief resistance force. Anticipating this, Cody complied with every regulation, every code, and every mandate. It took nine months to stabilize and perfect the models, but he finally did it. He had a workable model for a gun that anyone on the planet could print out and use. He made one himself and released the files to the world without copyright.

The feds jumped into this scene with an order that made anyone with an ounce of technical sophistication laugh. They demanded that the files for the gun be taken down from his website. He complied.

But this accomplished nothing. Nothing on the Internet goes away, especially not if the files were released to the world. The files for “The Liberator” were quickly re-hosted at storage website Mega and many other places. Once it became clear that the masters of the universe wanted these files down, people all over the world got into the act and began spreading them everywhere, and the downloads soared into the hundreds of thousands.

In a matter of days, people were already working to remix the files and customize them for different purposes and approaches. How is this possible? These files are not physical goods. They consist of information, and information has three features that government hates: It is malleable, reproducible, and — thanks to the Internet — immortal.

In this way, as Anderson explains in his book, the world has changed dramatically in a digital age in which even physical goods take the form of information. And in the long run, there is nothing that those who purport to rule the world can do about it. They can silence one or two people, but that doesn’t cause the things they don’t like to go away.

This is also why it is pointless that the defcad.org’s signup sheet was removed by its domain host, LaunchRock. A further example is the video that announced the creation of files that produced an operational 3-D handgun went viral after it was posted. It had tens of thousands of views, maybe many more. It was a video that ran only a few minutes. Now when you go to the video, a message appears that says it has been removed from YouTube.

Apparently, the video infringed on the copyright of Warner/Chappell. What’s that? That’s a music distributor. So the wrath supposedly had nothing to do with the gun or the subject. It was removed because the background music was alleged to be under copyright.

But wait just one moment. There are dozens of different YouTube videos that use that song. Here’s one. It’s also used in the movie Tree of Life. If it’s copyright protected, isn’t it just a bit strange that Warner happened to pick Cody’s video to order a takedown?

Cody, a law student, was scrupulous in complying with the law. But just as they got Al Capone on tax evasion charges, not bootlegging, Cody Wilson’s dramatic and historic video has been removed on copyright grounds! Never mind that most of his other videos could be removed on the same grounds, and so could perhaps a million other videos that use music from YouTube. This one video was singled out for a reason.

Meanwhile, of course, the video still survives in myriad forms (here, here, here, here, here). It’s just the canonical version that has been taken down. This is a symbol of the new reality that government has not yet processed. The Internet is different from the physical world. It is not only bigger; it lasts forever, no matter what the regulators do. They can drive things underground, but cannot finally stop the progress.

There is a pattern here. The government hates progress. It prefers a world fixed and immobile, so it can regulate and tax it, bully enterprise, and deny consumers. But entrepreneurs don’t like straitjackets. They keep coming up with new ideas and throwing them out there — at great personal risk to themselves.

Chris Anderson’s world will come true. In time. Every intervention that tries to stop it is at best a vast waste.

"The U.S. Is Under Attack" - Major Profits From Cybersecurity

Cyberattacks are increasingly posing huge threats to our economy. Today Ray Blanco explains why this makes a perfect buying opportunity for cybersecurity stocks.