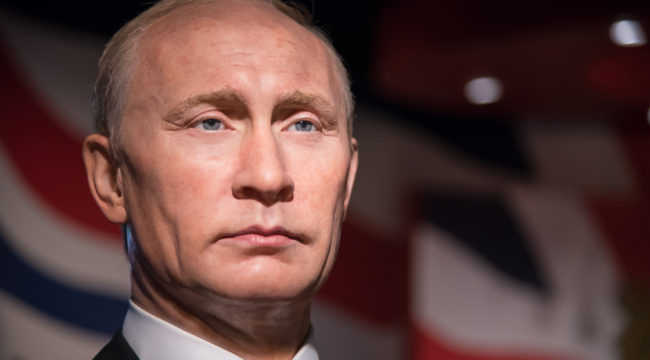 The Banana Republic of America

“What, is America now a banana republic?”

It was a rhetorical question. Putin thinks the answer is an obvious “no.”

He was merely responding to “hysteria” about Russia being able to influence the outcome of the U.S. presidential election.

But is the thought of America as a banana republic so far-fetched?

It Could Never Happen Here

A banana republic is essentially a politically unstable, lawless, corrupt country with a ruling class of elites who exploit the government and economy for their own ends.

In a banana republic…

There are stratified social classes, with large wealth discrepancies between the working class “Soylent Green’’ masses and the ruling elites…

The policies of the ruling class have one goal: Let the rich get richer while keeping the masses poor…

There are two sets of laws, one for the elites and their supporters, and another for the proletariat dumpster divers…

And the ruling class uses the immense power of government to target political enemies to monitor and control the population.

That’s all scary sounding stuff. So it’s a good thing none of it could ever happen here.

In the U.S. – a nation of laws, not of men – those things are impossible…

In America, we would never see elite government workers’ policies widen the wealth gap, with median family income declining, and the number of people living below the poverty line increasing.

We would never have an all-powerful, unelected Federal Reserve Bank whose monetary policies impoverish millions of retirees relying on interest income in order to rescue Wall Street’s balance sheets and inflate asset bubbles to enrich elites.

We would never have a corrupt Administration and Congress ram a government-run health care law down the throats of its people while exempting themselves and their supporters from it.

We would never have a ruling class presidential candidate verbally convicted by a FBI chief for mishandling classified information and not be charged by the Department of Justice chief who had a secret meeting with the candidate’s husband (the former President) just days before.

We would never have well-connected Wall Street bankers crater the economy and their companies while making millions… only to get bailed out by the working class stiffs so they can do the whole thing over again.

We would never have an all-powerful IRS blatantly target political enemies and destroy evidence while the Justice Department pretends to be unable to find even a hint of any wrongdoing.

And we would never have the ruling class engaged in widespread warrantless wiretapping and lawless monitoring of its citizens.

No, none of that would ever happen here because that kind of stuff only happens in a banana republic.

I trust my sarcasm is clear by now.

The bottom line is not that long ago we’d be able to laugh if someone called the U.S. a banana republic.

That’s not the case anymore.

Our rigged system no longer works for most Americans.

The U.S. now has among the highest income inequality and lowest upward mobility of any country in the developed world.

Crony capitalism and the Deep State run amok as the captors.

Our justice system? A joke. There’s no equality under the law.

And our liberty and prosperity have been taken from us by faceless, unelected bureaucrats.

And now with the presidential election just a couple of weeks away, the polls say we’re about to get four more years of the same—the golden opportunity to bend over and squeal like a pig… yet again.

The next time Putin asks that question, he’ll need to give a different answer.