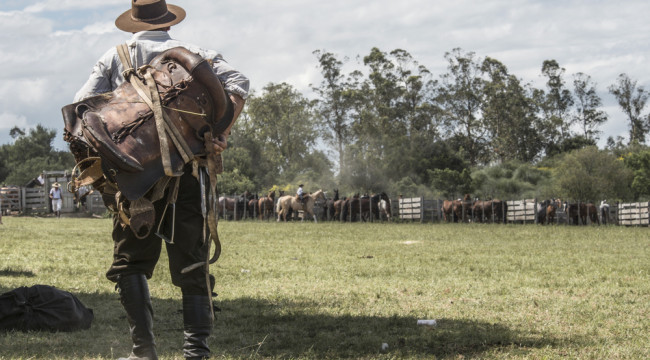 Bad News From the Ranch

BALTIMORE, Maryland – An alarming email came on Tuesday from our ranch in Argentina:

“Bad things going on… We thought we had the originarios problem settled. Not at all. They just invaded the ranch.”

A Revolution Going On

To bring new readers fully into the picture, Northwest Argentina, where we have our ranch, has a revolution going on.

Some of the indigenous people – that is, people with Native American blood – believe they have a claim on the land, simply because their ancestors once lived on it.

You can see easily what a slippery claim this is. Most of the people in the area have ancestors who may or may not once have lived on our ranch. Nobody knows.

Which of them should have title to which land? And wouldn’t the same principle apply to all the land of Argentina… and America, too? Are there no Native Americans with an ancestral claim to Manhattan?

Yes, the history books say the island was purchased for $24 dollars’ worth of geegaws.

“We were cheated,” the redskins could say.

And what about the rest of us? We had ancestors, too. Where did they live? What rights do we have?

As a matter of law, it has been settled for 400 years: The Spanish stole the Chalcachi Valley fair and square. Since then, land has changed hands in the customary way – by voluntary purchase and sale. That is a system that is not likely to change.

But… the report from the ranch continued:

Santos [an activist for the rights of the indigenous peoples of the area… or a dangerous revolutionary… depending on how you look at it] showed the people in the valley a document that he claimed gave the originarios the title to the farm.

He told them that if they were indigenous to the valley, they should be the owners. Naturally, about a dozen people – all of them from the four families who live up in the mountains and always give us trouble – declared that they were originarios.

Then, when we tried to take our cattle up to our pasture, they blocked the road… they said the farm belonged to them.

But don’t worry. We called the police. They came. They’re here now. Lots of them. It’s tense. But there’s no violence. At least, so far.

On Thursday, our lawyer contacted the authorities in the capital. He got the Minister for Human Rights and the person in charge of “Indigenous Affairs” to agree to go up to the ranch.

They are supposed to meet with the revolutionaries and explain that Santos doesn’t have any authority with the government and that his claims are completely bogus.

Meanwhile, the lawyer filed civil charges against the ringleaders in local court, claiming that they were unlawful trespassers who were interfering with our property rights.

But wait… not everyone is sympathetic to the plight of landlords. One reader writes:

Now hold on. If it is a crime to be in the top 5% of income, we plead guilty. Throw the book at us.

Fortunately, the foxes that were supporting the revolutionaries (with taxpayer money) were just booted out of office in Argentina. And now, we seem to have the law on our side.

Still, the war goes on… Which way will it go? How will it turn out? We don’t know.

We’re on the side of the landlords!