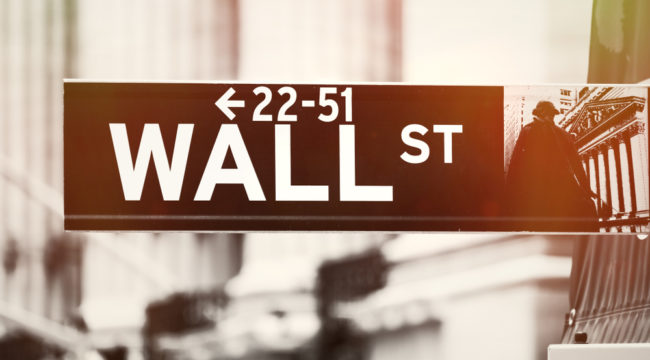 “Bad News Is Good News” Is Back

Combined they tell the tale of the past decade — one of Main Street, one of Wall Street.

First to Main Street… and a sample of yesterday’s headlines:

Please reconcile the preceding with the following headlines, dated Feb. 20 or 21:

“The Dow Jones Industrial Average, at the Current Pace, Is on Track to Hit 30,000 in April”…

“Stock Market Shrugs off Fed Minutes in Another Good Day for the Bulls.”

Those Fed minutes were released Wednesday.

They reveal one cardinal fact:

The Federal Reserve recognizes its December hawkishness multiplied the rout then in progress.

Participants noted market belief that the balance sheet reduction helped cause the late-2018 market volatility, and noted that investors interpreted communications from the December meeting as “not fully appreciating the tightening of financial conditions and the associated downside risks to the U.S. economic outlook that had emerged since the fall.”

The Federal Reserve admits the stock market has it hostage… and holds a pistol to its head.

Should he hazard an escape, Jerome Powell realizes it will yank the trigger.

It is certainly clear to us.

The run of headlines above cements the deeper point:

That is, bad news for Main Street is good news for Wall Street.

The light turns green for the stock market — while the real economy is stuck on red.

It was a pattern established well under the reign of “Helicopter Ben” Bernanke.

The economy would sputter and smoke. Mr. Bernanke would then sit on the gasoline pedal.

The resulting liquidity would flood through Wall Street… and lift the stock market to gorgeous new heights.

The two diametric sets of headlines above provide all required documentation.

M2 money supply for the world’s 12 major economies — including the United States, China, Japan and Europe — tracks reasonably with the post-Christmas stock surge.

M2 peaked last April at $73.1 trillion. It subsequently declined before bottoming at $69.8 trillion by mid-November.

The severe 19.5% market correction — incidentally — began roughly one month prior.

But by the close of January, the money supply rebounded nearly $3 trillion… to $72.6 trillion.

Is this the work of coincidence?

It is possible… we suppose.

Meantime, the fools continue rushing in…

Let’s go back to December for a minute. This was the worst December since 1931, mind you, followed by the best January since 1987. This is nothing more than [a] market that has gone completely manic.

To suggest that there is anything fundamental about this dead-cat bounce in equities is laughable.

“Panic buying” is underway, affirms Masanari Takada, cross-asset strategist at Nomura — the fear of missing out.

But the bullish advance may have overextended its supply lines…

Bloomberg further informs us that most asset classes are presently overbought — for the first occasion since 2000.

The U.S. stock market has rallied from the December lows in what is an almost straight line higher. Those types of moves do not often end well.

We hazard this one will not end well either.

Regardless, the Federal Reserve cannot keep the show going indefinitely.

And one day, soon or late, Main Street will finally come to Wall Street…