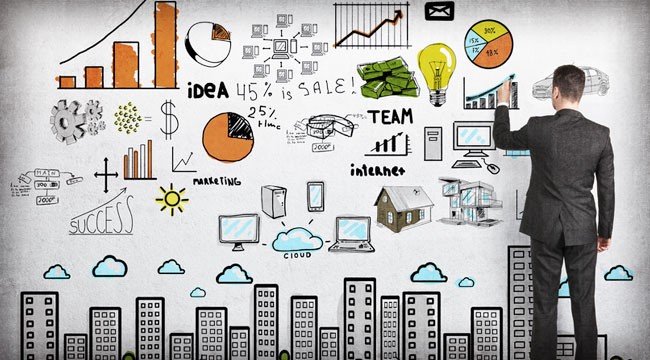 Your Back Door Into an Exclusive Income Opportunity

More than a decade ago, I took a job with a secretive investment company in Atlanta.

The company flew under most investors’ radar. We didn’t advertise. We accepted only a few select clients, and we had one of the best track records in the business.

For more than 20 years, the company’s flagship fund pounded out win after win for its investors. The only year this fund lost money was in 2002 — during the first major market crash of this century. And while most investors lost their shirts, our fund was down roughly 2%. (We made it back, and much more, the following year.)

You could say that this experience opened my eyes to the “underground finance network” — a widespread group of special investment programs that most investors have no idea even exist!

These underground investment companies have a reputation of giving their investors reliable income month after month, year after year…

We’re talking about a lot of income…

For instance, last year, investors who participated in the opportunity I’m about to show you collected a yield of 15% on this exclusive income opportunity.

Now, I can’t guarantee that this opportunity will pay you 15% again this year. And we don’t need it to.

If we get only half of that income in 2015, we will make more than three times the income that you can get from the stock market.

So today, I want to show you how to claim your profit from this exclusive income opportunity.

It comes from an investment firm that was founded in 1994. If you walked into the firm’s headquarters and asked to invest in one of their funds, they would probably laugh you out of the building (that is, unless you had a check for $100 million in your pocket).

Today I’m going to show you how to take advantage of the income generated an “elite” investment firm.

Furthermore, the company isn’t even allowed to accept your money. It’s the perfect setup really…

The managers at this investment company can turn their noses up and tell you that they don’t allow “your kind” to invest in their program. And then if you protest, they can pass the blame on to Uncle Sam.

The fact is that you are literally banned from making a direct investment in the funds that these guys manage. It all goes back to the stock market crash of 1929.

Like most market crashes, this one was brought on partly by investors panicking. But investors weren’t the only ones panicking. The lawmakers in Congress also panicked. In a knee-jerk reaction to the market crash, the U.S. government instituted the Securities Act of 1933.

Don’t worry, I’m not going to bore you with a bunch of legal details…

The legislations set up a system where the most elite investment companies could turn away “normal” investors like you and me and offer their best income programs only to the wealthiest “institutional” investors.

The government thought they were protecting mom and pop investors from being fleeced by the evil investment companies. But in actuality, they locked out investors like you and me — setting up a class system where only the wealthy could benefit from the very best income funds.

Today, the whole system is a racket. The elite investment managers like the one I’m going to show you today don’t want to open their doors to the public. Their business model is much better catering to only the wealthiest of investors.

I should know… I used to be one of those managers.

At the investment company that I worked for, we wouldn’t even talk to prospective clients unless they had at least $1 million in liquid net worth (meaning they could literally write a check for a million dollars).

And the individual accounts that I managed for these clients typically had values of $3-10 million.

You see, private investment companies like the one I used to work for want to have just a handful of very wealthy clients:

Of course, there are also the egos to be stoked… The egos of both the investment firms (who can close their doors to the common man) and the egos of the investors (who can invest in funds that are not available to their “lesser” neighbors).

Why would the government ban individual investors from investing in these funds?

The truth is the governing bodies such as the SEC (Securities and Exchange Commission) don’t believe that you know what is best for your money.

They want to “protect” you from making a bad decision. And since they can’t regulate these private investment firms, they don’t want you involved… (Sounds like another big ego trip to me.)

Anyway, today we’re lifting the velvet rope that separates you from these elite investment companies. We’re crashing the party, giving you access to the income that the SEC doesn’t think you’re capable of handling.

Today I’m going to show you how to step around the barriers to take advantage of the income generated by one specific “elite” investment firm.

There’s nothing illegal or underhanded about this income opportunity.

You won’t need to open a special account or fill out any forms. No, you can take advantage of this exclusive income opportunity with just a few clicks of your mouse. Let me explain.

If you’re like most investors, you probably haven’t heard of today’s exclusive income opportunity. Does the name Och-Ziff (NYSE: OZM) ring a bell?

If not, don’t worry. Just like the private investment company that I worked for, this group keeps a relatively low profile.

But if you Google “Och-Ziff,” you’ll see that this is one of the largest private investment firms in the world! At last count, the company managed $47.1 billion — nearly all of it from “institutional” investors with deep, deep pockets.

While most individuals haven’t heard of Och-Ziff (they don’t advertise on the Super Bowl or any other big sporting events), the company is VERY well-known to the guys in charge of Harvard’s endowment fund and the like.

You see, Och-Ziff manages institutional-quality hedge funds that only the most wealthy investors can buy into.

When you hear the words “hedge fund,” it makes you cringe. Most people hear that term and they think of risky investments and shady business practices. And there are some hedge funds that fit the profile.

But what “hedge fund” really means is that the fund:

So a hedge fund can be risky — if they invest in risky companies or have crazy strategies.

Or they can be very safe — if they have a solid investment strategy and don’t take too much risk.

Och-Ziff is most definitely the second kind of hedge fund!

You see, Och-Ziff has built its reputation around steady, reliable profits. This is exactly why the biggest, most wealthy endowments and pensions trust Och-Ziff with their money.

The funds that Och-Ziff manages will never shoot the lights out. You won’t see their investors bagging a 50% profit in a year’s time or making Wall Street Journal headlines with an unbelievable annual return.

But you also won’t ever see them take a big loss on the funds that they manage. They hire the very best risk managers in the world — guys who went to Yale or Harvard to exclusively study how to manage risk — so that they never surprise their institutional investors with a big loss.

And this is exactly what the huge investors like the Bill and Melinda Gates Foundation want!

Recently, the Bill and Melinda Gates Foundation was reported to be worth $36.8 billion.

Foundations like this don’t need triple-digit returns. There is already enough wealth amassed to do a tremendous amount of good. But it would be a huge tragedy if some investment manager lost that money in a bear market.

If the Bill and Melinda Gates Foundation generated just 5% interest each year, that would still result in $1.84 billion in income.

Endowments like this pick Och-Ziff to manage their money specifically for this reason. Och-Ziff is the very best in the  business at researching investment opportunities and investing its investors’ money in a way that reliably churns out income while aggressively protecting against risk.

And because the company is so good at this “safe and steady” income, the biggest institutional investors trust Och-Ziff to manage huge sums of money.

Because of this, I believe Och-Ziff should do very well this year. That’s because institutional investors will move money out of their volatile stock investments and into the stable funds managed by Och-Ziff. OZM will earn tremendous profits because the amount of money they manage will swell, and the fees that they charge will expand as well.

P.S. In our daily emails we’ve been giving our team’s 2015. Readers like you have been able to weigh in, too. They’ve asked questions we’ve answered and made their own predictions. The bottom line is that you’re missing out on 50% of the analysis we publish when you only stick to our website. Click here and subscribe to receive our daily letter as well. You won’t regret it. (Did we mention it’s free?)