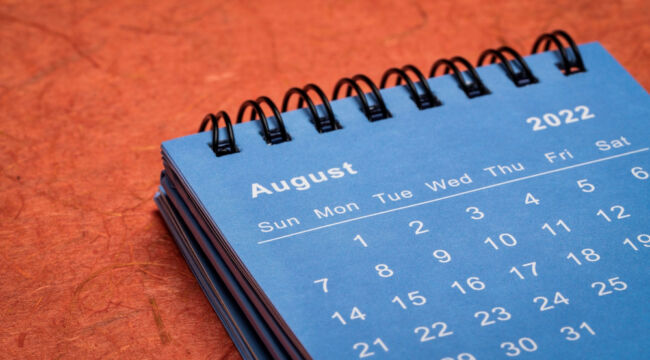 There is but a sample of today’s fevered headlines.

We might inform you that 47 of 50 polled economists “missed” — and to the downside.

Yet we are in magnanimous spirits today. And so we will not.

They nonetheless forecast a 0.1% price fall from July… and got the 0.1% price rise instead.

Meantime, core CPI is the Federal Reserve’s inflation metric of choice. It rinses out food and energy prices.

But Gas Prices Are Down!

The foregoing presents an apparent conundrum:

Energy prices push inflation up. Yet gasoline prices are in swift retreat — are they not? It is true, the data reveal they are.

The gasoline index, most notably and conspicuously, plunged 10.6% in August.

What then explains August’s inflationary gurgles? What resolves the conundrum? Zero Hedge:

These are the rising food prices the Federal Reserve looks away from… incidentally.

You of course cannot look away from them. Your eyes leap from their sockets each time you sight the bill, gobsmacked and astonished.

In all, 70% of the CPI bundle registered an August increase exceeding 4%.

When Will The Inflation Reduction Act Kick In?

Thus “transitory” inflation has taken on a sort of permanence.

The prices for necessities continue to fuel this fire, including shelter, food and medical care. The substantial decline in gasoline prices is noteworthy but doesn’t address the overall problem with inflation.

The core inflation numbers were hot across the board. The breadth of the strong price increases, from new vehicles to medical care services to rent growth, everything was up strongly. That was the most disconcerting aspect of the report.

For the better part of a year, the inflation narrative among many economists and policymakers was that it was essentially a food and fuel problem. Once supply chains eased and gas prices abated, the thinking went, that would help lower food costs and in turn ease price pressures across the economy.

August’s consumer price index numbers, however, tested that narrative severely, with broadening increases indicating now that inflation could be more persistent and entrenched than previously thought.

Are you keeping up? Alas you are not. Real wages declined for the 17th consecutive month in August.

That is, your wilting paycheck has fetched you less and less for the 17th consecutive month.

Thus inflation is a supremely skillful pickpocket. It is justly and aptly named the invisible thief.

And it presently has you by the ear.

On such days as these we often consult Mr. John Williams’ ShadowStats site.

Yet today our courage would not answer. We feared a true accounting would fluster us, wobble us and diminish our already diminished spirits.

And so we stayed away.

Yet perhaps you are of an optimistic turn of mind. You are a glass half-full man and a silver lining-seeker.

Here then is your half-full water glass and your silver edging:

Yet there was no joy on Wall Street today…

The stock market took a vicious whaling, harpooned heavily by the report.

Today’s report gave Wall Street a good reminder that it can stow all hopes of Federal Reserve clemency near term.

Today’s inflation data cements a third consecutive 0.75% increase in the fed funds rate next week… core CPI is once again on the rise, confirming the very sticky nature of the U.S. inflation problem. Until the Fed can tame that beast, there is simply no room for a discussion on pivots or pauses.

Yet could the Federal Reserve resort to action bolder yet? Might it elevate rates a full percentage point next week — by a thumping 1%?

The market presently gives 32% odds of it. Yesterday it gave 0% odds.

Thus we discover that the federal funds rate may exceed 4% by year’s end. When we factor for the quantitative tightening presently underway, the Federal Reserve may  squeeze markets plenty hard.

Its quantitative easing may hack away $1 trillion from the balance sheet this year.  Estimates are that a $1 trillion carving equals one percentage point of rate hikes.

The stock market — and the economy — may then confront a 5% effective rate before long.

Neither can withstand a 5% rate… by our reckoning at least. Only one question remains:

What is the breaking point?

We do not know of course. No one truly does.

Yet unless the gods are exceedingly and unfashionably kind, we will have our answer soon enough…