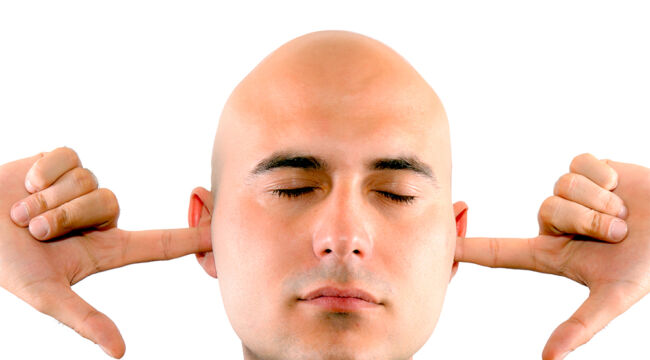 Are You Still Listening to the Fed?

Markets got hammered today, with the Dow losing 643 points, the S&P losing 90 and the Nasdaq losing 323. What happened?

Investors are anticipating what could be a volatile week of trading ahead of Federal Reserve Chairman Jerome Powell’s latest comments on inflation at the central bank’s annual Jackson Hole economic symposium.

As the article says, Jay Powell will speak this Friday at the Fed’s annual confab in Jackson Hole, Wyoming. Markets will be listening closely for clues about the magnitude of the Fed’s next rate increase in September.

Incidentally, the latest PCE inflation data comes out Friday morning, which Powell and the Fed will be monitoring closely.

If the numbers indicate inflation is slowing, the Fed may take their foot off the brake a bit, which is what the market wants. Of course, the opposite is also true, which the market doesn’t want.

The fact is investors and analysts hang on every word the Fed says. It’s like the old EF Hutton commercial — when the Fed talks, everybody listens.

They treat the Fed as the most powerful player in global markets and like an omnipotent force that can stop inflation, stimulate growth, cure unemployment, target interest rates and basically make or break (or is that brake?) the U.S. economy.

There’s only one problem with that perspective. The Fed can’t do any of those things and really has no idea what they’re talking about.

They do put on a good show and maintain an aura of mystery. They use sophisticated terminology that to most people indicates great knowledge. Financial journalists play along either because they don’t know any better or just because, well, they have to write about something.

Everyday investors devour the financial news and play along with the pixie dust narrative of Fed omnipotence like a man overboard desperate for a life preserver.

But the truth is the Fed is more confused and impotent than most investors. They really don’t know what they’re doing. And as I’ve explained countless times, they use obsolete forecasting models that don’t approximate reality.

On Aug. 17, the Fed released the minutes of its meeting on July 27. They revealed that some Fed officials want to raise interest rates by “at least” 0.50% in September. That means 0.75% is still on the table.

Other officials said that once policy reached a “sufficiently restrictive level” they would like to “maintain that level for some time.”

Jay Powell said the July 0.75% rate increase was “unusually large” but would not take another 0.75% rate hike off the table. He also said that rates could rise another point through December.

Let me interpret that word salad for you: The Fed actually has no idea what they’re doing and markets might as well toss a coin in the air when it comes to forecasting. I’m serious.

Anyway, it doesn’t really matter in the end. What matters is not the Fed but real economic growth, productivity, inflation, supply chain dysfunction, inventories and a growing global liquidity crisis.

Wars, famine, commodity shortages, pandemic, recession, inflation and weak leadership have all happened before and sometimes go together in part. Still, it’s extraordinary to find all of them occurring at once in today’s complex and densely connected world.

The war in Ukraine is by far the largest armed conflict in Europe since the end of World War II. The currency supply chain disruptions today resemble the conditions found in Eastern Europe during the Cold War or in the United States during the Great Depression. COVID was the worst pandemic since the Spanish Flu of 1918 and is still going on.

Recessions come and go but global recession is rare. Inflation in advanced economies is the worst since the late 1970s. Weak leaders are not uncommon but Joe Biden is senile, angry and incompetent all at once and the worst president in U.S. history.

The odds of any one of these conditions arising are low. The odds of all of them happening at once are infinitesimal. Yet here we are.

The Fed doesn’t know how to fix any of those problems. But they are good at making things worse. If you’re going to bet on anything, bet on that.

The Fed has two choices, both bad. They can continue to raise rates to squash inflation, which will worsen the recession and sink the stock market. Or they can throw in the towel, cut rates to zero, print money like mad and do currency swaps with Europe and Japan.

That might prop up markets for a bit, but inflation will surge out of control. Inflation is just another kind of poison for stocks because it dilutes nominal values, hurts investment and prompts a rush toward hard assets.

As I’ve argued many times before, the problem with any kind of market manipulation (what central bankers call “policy”) is that there’s no way to end it without unintended and usually negative consequences.

Once you start down the path of manipulation, it requires more and more manipulation to keep the game going.

Finally it no longer becomes possible to turn back without crashing the system. It’s like the famous song by the Eagles, “Hotel California” — you can check out anytime you like, but you can never leave.

All that does is set the stage for a bigger crisis down the road. It just kicks the can, hoping that the latest intervention will be the last intervention. But it never is.

The key for investors right now is to stay well-informed and remain nimble. Trying to read the future and placing firm bets based on the Fed can be a huge mistake.