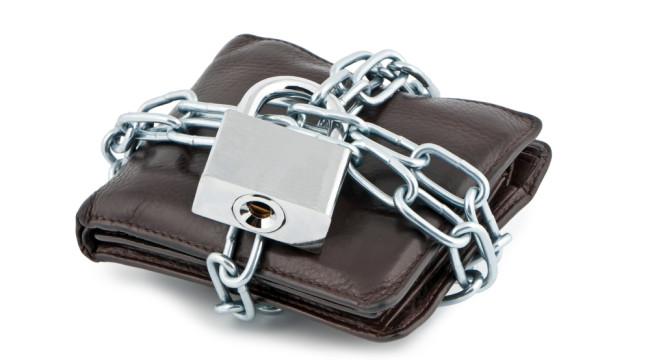 Are you Prepared for "Financial Prohibition"?

ROME – What are we doing in Rome?

We’ll tell you Monday. That will give us time to figure it out…

In the meantime, remember: Cash is king. It’s one of the best-performing major asset classes this year. (More on that below in today’s Market Insight…)

Even billionaire investor Carl Icahn is now urging investors to get into cash. Cash will someday disappoint us. But probably not today… or tomorrow.

The War on Cash

As we’ve been warning Bill Bonner Letter readers, the feds have a bitter animosity toward cash. It has almost become a religious creed. Like the Temperance League’s attitude toward alcohol, the feds are afraid that cash is a pernicious temptation, leading to sin and suffering.

People have a “propensity to save,” they say. This, they believe, causes all sorts of social ills – from poverty to unemployment.

Fortunately, the feds are there to protect us. They fight this weakness in the human character with a variety of measures.

“You can save your money,” say the feds “But you won’t earn anything on it. And after inflation, you’ll have less than you started out with.”

It’s like alcohol-free beer: You can drink all you want without ever getting a buzz on.

There’s quantitative easing, too. It offers wavering dipsomaniacs the opportunity for a more intense high.

Prohibition drove drinkers out of honest bars and away from safe libations. You had to go get your liquor at an illicit speakeasy. Mobsters often ran these. And much of the alcohol consumed was dangerous bathtub hooch.

Now, the feds drive investors into speculative stocks – often run by nefarious cronies – and dangerous “high-yield” (aka junk) debt. Investors will end up with an awful hangover, but at least they won’t go blind.

When those schemes fail to quench the thirst for cash, as they inevitably do, the feds will turn to more drastic measures. After all, if you can make alcohol illegal, surely the sky’s the limit on social and financial engineering.

When beads of sweat begin to form on regulators’ brows during the next 2008-style crisis, one of their first calls will be to Harvard economics professor Ken Rogoff.

“So, Ken, how does that ban on cash work again?” they will ask.

Rogoff did some good work, along with Harvard colleague Carmen Reinhart, in their bookThis Time Is Different: Eight Centuries of Financial Folly. They showed that, throughout history, high levels of debt have gone hand in hand with low economic growth.

We’d add that debt as a percentage of GDP has a habit of growing faster and faster – until the whole thing blows up.

But like almost all modern economists, Mr. Rogoff has little amor fati. That is Nietzsche’s phrase for letting nature take her course. Rather than relax and enjoy the show, Rogoff proposes to rewrite the script.

He has a solution! But not the obvious one – letting Mr. Market sort it out. Instead, he wants to make cash illegal.

It’s true that Mr. Market is likely to handle investors roughly. He practices a version of “tough love.” He corrects mistakes by teaching investors a lesson. Still, he gets the job done – quickly and as painlessly as possible.

The goal of practically every regulator, politician, crony, and economist is to stop him.

No vote in Congress is necessary… no lobbying… no horse-trading… no smoke-filled rooms – none of the messiness of modern pseudo-democracy.

Instead, the bald-headed, gray-bearded PhDs will simply make it part of banking regulation. Like a drone attack on a suspected terrorist, no questions will be asked!

Meanwhile, we continue wondering what it takes to live on $500 a month.

Remember, our goal is to live better. We’re not sure if a used motor home in a Walmart lotwill take us where we want to go.

So, let’s look at some alternatives:

Our son Will has been looking at shipping containers. You can buy them for as little as $1,500. They are spacious. They are strong. They can be outfitted in almost any way you like. And they can be set up easily, almost anywhere you like.

There are an estimated 17 million of these throughout the world at the moment, with around 6 million currently in use; this means there are literally millions of these containers that aren’t in use that could be recycled and put toward a better use.

Recycling shipping containers into homes is one of the more eco-friendly approaches as it avoids the energy-intensive process of melting the steel back down while it’s being recycled.

First, they aren’t susceptible to dry rot and other fungus infections. Second, wood is predisposed to mold, which steel isn’t.

Finally, water leakage is much more common in log cabins when compared to the steel roofs on container homes.

Container houses are cheap, flexible, and fast, say proponents. Those who’ve tried them report making complete houses out of them for as little as $20,000.

But wait. You have to put them somewhere.

Hmm… how about this?

Maybe you could build a house out of containers on someone else’s land. You live there but when you die or leave, the container house reverts to the landowner.

Remember, that is our goal: to live better on less. For that, we may need to think out-of-the-container-box.

And here, our readers are way ahead of us. Many have written in with useful advice and ideas. See below…