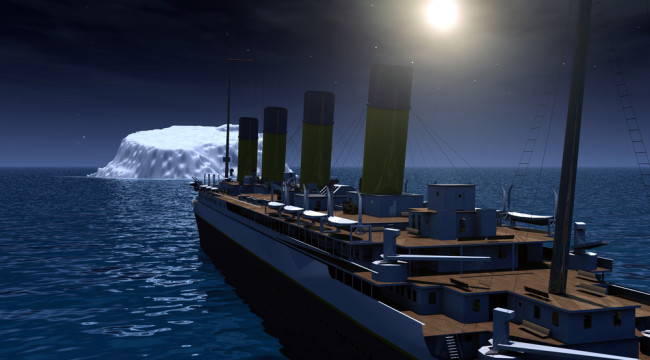 Are You Prepared for a US Bank Bail-In?

If you have cash in a US bank, you can expect to have the federal government take it all the next time US banks find themselves in trouble.

The days of the federal government stealing money from taxpayers, or borrowing it from the Federal Reserve, to save troubled banks — as in they did in the 2008 crisis — may be over. Congress is considering imitating the theft in Cyprus and letting troubled banks “bail-in” depositor money in order to make themselves solvent.

Jim Sinclair, chairman and chief executive officer of Tanzania Royalty Exploration Corp., and whose family started Goldman Sachs, Salomon Brothers, Lehman Brothers, and others, has been warning of this for a while.

“Bail-ins are coming to North America without any doubt, and will be remembered as the ‘Great Leveling,’ of the ‘great Flushing’. Not only can it happen here, but it will happen here…It stands on legal grounds by legal precedent both in the US, Canada and the UK.”

Financial expert Michael Snyder adds, “When major banks fail, they are going to bail them out by grabbing the money that is in your bank accounts. This is going to absolutely shatter faith in the banking system and it is actually going to make it far more likely that we will see major bank failures all over the Western world.”

This news isn’t exactly new, but the story is still developing, the monetary system is much closer to collapse and the bail-in is imminent. In fact, US banks presented the Federal Reserve with a bail-in plan to pay for large banks’ restructuring in the event of a future crisis, The Wall Street Journal reports. The plan was presented to the US Federal Reserve in an attempt to preempt tougher rules from the regulators.

The private meeting was reportedly attended by officials from Wells Fargo & Company, Bank of America Corp, Citigroup Inc. and several other banks. The bail-in mechanism would be designed to place a greater burden on creditors, as opposed to the taxpayers (theft victims), in the event of a bank’s collapse. In addition to the fleecing of depositors in Cyprus, the burden keeping a bank afloat was put on bondholders already this year when the UK’s Co-operative bank unveiled a rescue package that forced the bank’s bondholders to take a £1.5 billion hit to plug the £1.5 billion hole in the bank’s balance sheet.

The proposal presented to Federal Reserve officials would involve the largest financial-services holding companies would be willing to hold a certain amount of debt and equity which would be used to prop up any failed bank subsidiary seized by regulators, but the regulators will likely stick to their own plans which involves more aggressive measures including capping bank-size, breaking-up institutions or forcing banks to take on more long-term debt.

In the end, however, it’s not just creditors who will be on the hook but depositors as well. Jim Sinclair pointed out that banks legally own depositors’ funds as soon as the depositors hand those funds over to the banks. The money becomes the banks and the “depositors” actually become unsecured creditors holding promises to pay. Previously the banks were obligated to pay back this loan on demand with cash. Under the new Federal Deposit Insurance Company – Bank of England (FDIC-BOE) plan revealed this year, however, these promises to pay become equity in the bank, which won’t be able to be used as payments for bills, which is why most people have money in the bank in the first place.

The point is that your money is not yours while it is “deposited” with a bank. And bail-ins are coming to shatter any illusion that they are for US depositors. Notice that banks are already setting up deposits for seizure. Despite the excuses of the likes of JPMorgan, the banks are indeed clamping down on outgoing international wire transfers and now putting in limits for withdrawal that they are closing the doors. If you don’t get your money out now, possibly by end of this year or sooner, you may not be able ever to get it out. Once doors are closed the federal government might do a bank holiday and bail in to make the banks “solvent” again. At best you may get some “bank equity” that is both illiquid and which will ultimately be worth a tiny fraction of the deposit it replaces.

And, not to mention FATCA coming into effect in July 2014 it will be nearly impossible for an American to get a bank account outside the US (it already is, but will be even worse). Now is the time to get your assets in an offshore account and TDV can help. Click here to learn more about how with TDV offshore.

P.S. Readers of The Daily Reckoning email version get all sorts of great tips on protecting your wealth and personal liberty from rising taxes and invasive government.. Subscribe today by clicking here.

Jeff Berwick, a self-described financial freedom fighter, is the founder of Canada’s largest financial website, Stockhouse.com.  He now writes the libertarian, Austrian-economics based newsletter, The Dollar Vigilante and is a regular speaker at many of the world’s most important investment, resource and freedom-focused conferences where he is known as the most dangerous man in finance.