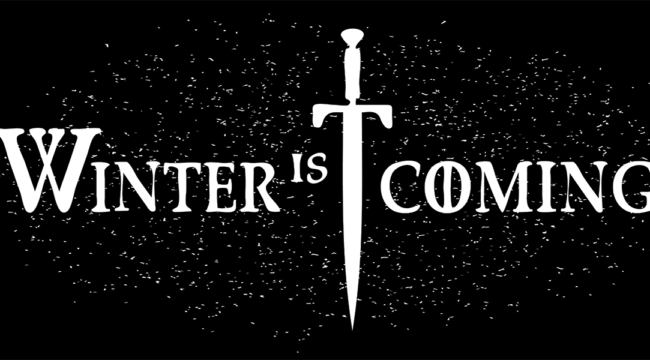 They entertain us, that is. But they do not fascinate us.

It is the longer view, the overall view that commands our attention… the eagle’s view.

Today the horizon drifts into focus. Yes, we have the future in sight.

How will the stock market fare these next 20 years?

Today we undertake a tour of the horizon.

We first take a canvass of the passing scenery…

Earlier, stocks traded choppily after Texas said it was pausing its reopening process due to a renewed surge in COVID-19 infections in the state. Investors also monitored incoming economic data, with a new report showing stubbornly high levels of new unemployment claims.

New unemployment claims came in at 1.48 million for the week ending June 20, marking the 14th-straight week that claims held above 1 million. Consensus economists had expected new claims to total 1.32 million.

But late today the Federal Deposit Insurance Commission offered stocks a hand up. It announced it is easing its grip on the banks.

CNBC explains the lighter restrictions would:

Allow banks to more easily make large investments into funds such as venture capital funds. Also, banks will not have to set aside cash for derivatives traders between different affiliates of the same firm, potentially freeing up more capital.

We hazard our Nomi Prins has a thing or three to say about this.

And so the Dow Jones surged late to a final 298-point gain. The S&P leapt 33 points and the Nasdaq vaulted to a 107-point advance.

The Seasons of the Stock Market

As we have argued before, climate is what you can expect. But weather is what you actually get.

Sometimes summer extends far into Indian summer before letting go… before nature slips off her green dress… and into her autumn pastels.

Only in 1954 did stocks thaw to their pre-freeze levels.

The investor who lost all in 1929 waited 25 ice age years to make his losses good.

Between August 1982–December 1999, compounded real returns on the Dow Jones ran to 15% per annum.

The Return of the Seasons

Investors had another guess when an arctic gale came barreling in, 2001–02.

But summer’s warmth soon returned investors to the beaches… until the harsh winter of 2008–09.

Then 11 balmy years of summer, under the warming influence of the Federal Reserve.

But the weather turned in 2020 as never before…

Summer yielded to winter in record time… and the deep freeze of 2020 held the world in siege.

The unprepared, tee-shirted stock market lost over 30% within weeks.

But record heat from the Federal Reserve soon broke the ice. The stock market has thawed some 30% since March.

And its February heights are in sight.

Is it summer once again for the stock market?

By spring 1930, the stock market had made good many of its October ’29 losses.

And fevers raged through 1931. As Jim Rickards notes:

And so again we ask: Is it summer once again — or the initial thaw of long, harsh winter?

These valuations are indicated by price-earnings ratios — P/E ratios.

The lower the valuation… the higher returns investors can expect over the next several years.

The opposite likewise holds true.

A P/E ratio of 17 is about par… historically.

That is, P/E ratios below 17 indicate stocks are cheap. Above 17, stocks are expensive.

What is today’s P/E ratio for the S&P as a whole?

It indicates investors are willing to ladle out $22 for each $1 of earnings.

It also means they will likely meet disappointment…

“Starting From This Level, Stocks Are Likely to Disappoint Over the Next 20 Years”

Times of expensive stocks are followed by times of cheap stocks.

And he may presently be preparing an extended stay.

Given present P/E ratios… how long might the coming winter last?

“Starting from this level, stocks are likely to disappoint over the next 20 years.”

Assume you have $10,000 to adventure in the stock market.

“Imagine finding yourself 61% below target at retirement,” warns Mr. Carr.

Imagine it — if you can take the jolt.

The line at the bottom is this: Your long-term prospects are poor when you invest at a time of elevated P/E ratios.

Better off Stuffing Your Cash in Your Mattress for 22 Years

Would you be better off placing $10,000 into the stock market each year — or wedging it into your mattress?

Roberts has given the numbers a good, hard soaking. At 20x valuations, he finds…

Your stock market money would finally outperform your bed-bound cash… in 22 years.

“Historically, it has taken roughly 22 years to resolve a period of overvaluation,” adds Mr Roberts.

We remind you that today’s S&P trades at 22x valuations — higher than 20.

Are you prepared for a 22-year winter?

Summer, winter… we do not know which will prevail ultimately.

We are presently outfitted for summer.

And perhaps the Federal Reserve can extend the season, hold the sun up in the sky a bit longer.

It has extended summer before.

But the Horae — the Greek goddesses of the seasons — are fickle and capricious beings.

They resent man’s encroachments upon their natural prerogatives.

And so we have our winter apparel ready…