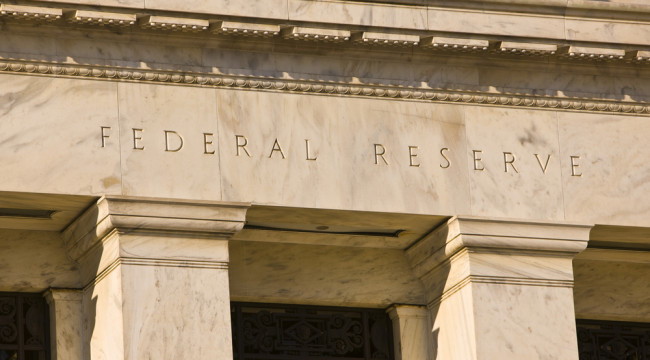 It may be almost impossible to underestimate the gullibility of professional Fed watchers. At least Lucy van Pelt needed to place an actual football on the ground to fool poor Charlie Brown. But in today’s high stakes game of Federal Reserve mind reading, the Fed doesn’t even have to make a halfway convincing bluff to make the markets look foolish.

Just two weeks ago, the release of the Fed’s March policy statement and the subsequent press conference by Chairwoman Janet Yellen should have made it abundantly clear that the Central Bank policy had retreated substantially from the territory it had previously staked out for itself. In December it had anticipated four rate hikes in 2016,  but suddenly those had been pared down to two. Based on the conclusion that the era of easy money had been extended for at least a few more innings, the dollar sold off and stocks and commodities rallied.

But in the two weeks that followed the dovish March guidance, some lesser Fed officials, including those who aren’t even voting members of the Fed’s policy-setting Open Market Committee, made some seemingly hawkish comments that convinced the markets that the Fed had backed off from its decision to back off.

The campaign began on March 19 when St. Louis Fed President James Bullard said that the Fed had largely met its inflation and employment goals and that it would be “prudent to edge interest rates higher.” (H. Schneider, Reuters) Two days later Bloomberg reported that Atlanta Fed President Dennis Lockhart had said, “There is sufficient momentum…to justify a further step…possibly as early as April,” (J. Randow, S. Matthews, 3/21/16)

And it didn’t stop there. On March 22, Philadelphia Fed President Patrick Harker said,“there is a strong case that we need to continue to raise rates…I think we need to get on with it.” (J. Spicer, Reuters) On March 24, Bullard chimed in again, saying that rate hikes “may not be far off,” appearing to back Lockhart’s suggestion for a surprise April hike. Suddenly, chatter erupted on Wall Street that the April FOMC meeting should be considered a “live” one, where a rate hike was possible. With such caution spreading, the markets reacted predictably: the dollar rallied, gold and stocks declined.

At the time I said, as I have been saying all year, that the Fed never had an intention to tighten further, and that it would continue to talk up the economy just to create the impression of health. But many believed that Janet Yellen would use her speech this week at the New York Economic Club (her first public comments since her March press conference) to underscore the comments made by her colleagues in the past two weeks. Instead she delivered a double-barreled repudiation of any potential hawkish sentiment. In fact, her talk could be viewed as the most dovish she has ever delivered since taking the Chair.

The market reaction was swift. In fact, as the text of her address was released a few minutes before she hit the podium, gold jumped and the dollar dropped even before she started speaking. The only surprise was that there was any surprise at all.

If market watchers actually looked at economic data instead of trying to parse the sentence structure of Fed apparatchiks, they would know that the economy is rapidly decelerating, and most likely heading into recession (if it’s not already in one). These conditions would prohibit an overtly dovish Fed from any kind of tightening. Just this week February consumer spending increased at a tepid .1%, in line with very modest expectations (Bureau of Economic Analysis). But to get to that flaccid figure, the much more robust .5% growth rate originally reported for January had to be revised down to .1%. If that major markdown had not occurred, February would have come in as a contraction. The sleight of hand may have fooled the markets, but the Fed’s own bean counters had to take it seriously. The figures were the primary justification for the Atlanta Fed’s decision to slash its first quarter GDP estimate to just .6%. That estimate had been as high as 1.4% last Thursday and 2.7% back in February. Clearly something isn’t working. But whatever it is, Janet Yellen won’t speak its name.

In her speech in New York, Yellen was careful to mention that the Fed has not reduced its full year growth forecast of 2.5% to 3.0% that it had laid out in December. This despite the fact that their first quarter predictions, which must be a big part of their full year predictions, have already been hopelessly shattered by the Atlanta Fed’s updates.

If the Fed really believes that we are still on a solid growth track, then two major questions should immediately come to mind: 1) Given that she acknowledges greater than expected financial stresses and expected deceleration abroad, what could possibly be the catalyst that will suddenly reverse our economic trajectory, and 2) If it really does believe that this miracle will occur, why has the Fed abandoned the monetary policy trajectory that it announced in December?

The answer to the first question is a mystery. For much of the past year, Yellen stressed the improvements in the labor market, as evidenced by the low unemployment rate. But that figure has been thoroughly debunked by those who correctly point out that job creation in the U.S. has been dominated by low-paying part-time jobs that detract from economic health rather than add to it. But while Yellen clung to her rosy domestic outlook, she acknowledged the significant slowdown abroad. But if these global concerns are sowing caution at the Fed, why does she expect the U.S. to buck the trend?

She is correct that that many countries around the world have badly missed First Quarter forecasts. But she totally ignores the fact that the U.S. has been one of the bigger disappointments. For instance, since the end of last year, expectations for Q1 growth have declined 12.5% for Germany, 30% for Canada, 45% for Norway, and 57% for Japan (Bloomberg, 3/30/16). But based on the current estimates from the Atlanta Fed, the U.S. economy is growing at a rate that is 75% slower than the 2.4% projection Yellen and the Fed had forecast back in December. So why does the Fed acknowledge unexpected weakness abroad, yet ignore even greater unexpected weakness in the U.S.? Could it be that Yellen does not want to be seen as one of those “fiction peddlers” that President Obama criticized in his State of the Union address who have the audacity to suggest that the U.S. economy is not strong?

But the bigger question is not why the Fed is mindlessly cheer-leading, that is after all part of its job description, but how it can justify altering its monetary policy while holding fast to its economic forecasts. To square that circle,Yellen said that the Fed had erred in its assumptions as to what constitutes a “neutral” policy level whereby rates are neither stimulating nor restrictive. She said that based on her global concerns, neutral policy should now be considered close to 0% rather than the 2% that the Fed had hinted at earlier. She also said that the range of factors that the Fed considers in reaching its rate decisions had evolved beyond simply looking at the traditional inputs of GDP growth, inflation and unemployment to include global risk factors that could impact the U.S. In other words, the Fed is not simply “data dependent” but is now “globally data dependent,” a stance that could allow it to point to any potential crisis anywhere in the world as a rationale not to raise rates. Already many observers are suggesting that the June “Brexit” vote in the UK will be a justification to take a rate hike off the table for the June FOMC meeting.

Of course, this ever-expanding list of criteria should be viewed as what it really is: a continual shifting of goal posts that will prevent the Fed from EVER having to raise rates again (at least until a rapidly rising CPI forces its hand). It may have incorrectly believed it could get away with a series of increases when it first started raising in December, but those expectations may have wilted when the markets and the economy dropped so decisively in the immediate wake of December’s 25 basis point increase. Yet even though markets have recovered, I believe they have only done so because the Fed has backed off. In fact, if that initial rate hike was a trial balloon for future hikes, its flight was about as successful as the Hindenburg’s. As such, the Fed hardly wants to risk another sell-off that it may be unable to reverse.

So the handwriting is on the wall for anyone literate enough to read it. The Fed is stuck in a monetary Roach Motel from which it may never escape. Keynesian economists like to discuss a “liquidity trap” but their policies have created an undeniable “stimulus trap” that I believe will remain in place until the whole merry-go-round spins out of control.

The quarter that just ended yesterday saw the biggest quarterly declines in the U.S. dollar in five years (T. Hall, Bloomberg, 3/30/16), and the strongest quarter for gold in 30 years (R. Pakiam, Bloomberg, 3/30/16). These moves completely took the Wall Street establishment by surprise. But given the historic rally enjoyed by the dollar over the past five years, three months’ worth of declines may just be a small down payment on the declines the dollar may experience in the years ahead.

Despite having fallen for all of the Fed’s prior head fakes,  some economists are taking today’s March payroll report, which showed the creation of 215,000 jobs and a tick up in the labor participation rate to 63.0% (Bureau of Labor Statistics), as a sign that the Fed will now have to shift back into a hawkish stance. Putting aside the fact that the majority of the new jobs were part-time and went to people who already had at least one, and that the official unemployment rate actually ticked up, one wonders how much more of this will we have to witness before economists  finally realize that there will likely never be a real ball to kick.