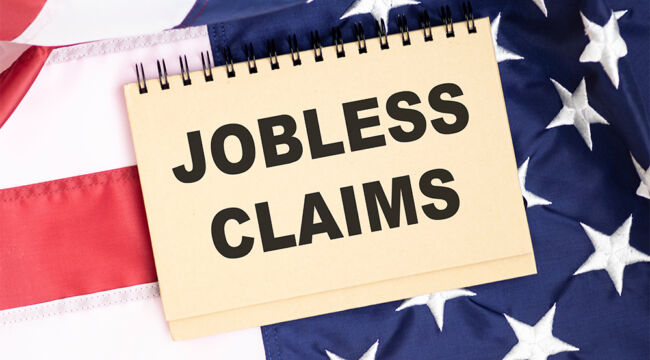 Our fathomless disfaith in experts is validated yet again…

A Dow Jones survey of economic wiseacres soothsaid that December would register 422,000 fresh jobs. How many fresh jobs did December register?

The new year is off to a rocky start. These less-than-stellar numbers were recorded before the Omicron variant started to spread significantly in the United States. Hopefully the current wave of the pandemic will lead to limited labor market damage. The labor market is still recovering, but a more sustainable comeback is only possible in a post-pandemic environment.

When can you expect a post-pandemic environment? Perhaps summer. The summer of which year… we do not pretend to know.

Perhaps the summer of 2031, when each American, all 330 million, has endured his 81st vaccination.

At the Mercy of the Pandemic

By way of understatement, here is Daniel Zhao, senior economist with Glassdoor:

“Today’s jobs report is a disappointing bookend to a historic year in the job market.” He continues:

The year ended on a sour note, with job gains slowing even more than in November. New and unpredictable waves of COVID-19 variants threaten to throw the recovery into reverse, showing that we’re still at the mercy of the pandemic.

Just so. But hadn’t the economists who had forecast 422,000 December jobs read the newspapers?

Authentic experts might have mixed them into their mathematics.

And so we wonder: Why have experts at all?

Would you trust the weatherman who had forecast a roasting 100 degrees… when the next day’s temperature came in at 48?

Would you trust the stockjobber who told you Stock X would scale $100 when Stock X plunged to $48?

Where is their amour propre, their self-respect as a professional body?

Decent men might scurry off, gushing apologies and pledging to flee the forecasting business forevermore.

But these same men will return next month with January’s number-plucking. Most likely, with an identical accuracy.

As they will in February, March, April, May, June, July, August, September, October, November, December, January — and February again.

Might these wrong-way Charlies occasionally strike bull’s-eye? They may, yes. But we would remind you:

Even the inert grandfather clock gives accurate time every 12 hours.

Yet we sympathize with these professional men.

They are experts, men of dignity, secular clergymen. The world hangs upon their guesswork. They are under considerable pressure to near the target.

And so they approach their prognostications with all the weight afforded somber men. When they botch the job — which is nearly always — they are in for a terrible razzing.

The Daily Reckoning carries no such burden upon its slender, rather hunched shoulders.

That is because we enjoy the luxury of… ignorance.

But your editor is rather more modest — he can give you neither. Nor does he try.

We do not claim to know next month’s unemployment rate. No one requests it of us. And who would listen if we did?

We pull noses and bite ankles. We pick nits. We point our finger and put out our tongue. We laugh.

Again: We enjoy the luxury of ignorance.

You have a nation divided equally between 11-foot giants and 3-foot dwarfs.

Does the average citizen stand 7 feet in height?

Half are male, half are female. Is the average citizen hermaphroditic?

A man, age 23, unknowingly hosts the coronavirus. He manifests no symptoms of sickness. One blue day, a steamroller drives over him.

Was it the virus that made a hotcake of him — or the roller? The Centers for Disease Control might claim it was the virus.

Here is our tort against statistics, as we have argued before: Statistics are the bureaucrat’s sharpest weapon…

It is the government statistician who collects, sorts, analyzes, worries, tortures and weaponizes economic data.

Without his statistics the government is a plodding doofus. It is a blinded, fumbling cyclops speared through its one and only eye.

But this graspless, senseless, sightless beast… in fact… presents a reduced menace than a sighted one.

Certainly, only by statistics can the federal government make even a fitful attempt to plan, regulate, control or reform various industries — or impose central planning… on the entire economic system. If the government received no railroad statistics, for example, how in the world could it even start to regulate railroad rates, finances and other affairs? How could the government impose price controls if it didn’t even know what goods have been sold on the market, and what prices were prevailing?

Government tracks statistics as the train robber tracks railroad schedules. And for much the same purpose.

We trust government statistics no further than we trust a dog with our dinner or a politician with our vote.

“Put it in his hand and it’s goodbye to the Bill of Rights.”

Statistics show him where to aim his gun.

Yet we conclude in high spirits. We are pleased to report that the bureaucrat threat is exaggerated vastly.

As we have argued before: The Bill of Rights faces no bureaucratic threat from the current or any other administration.

None, that is, with the mere exceptions of: