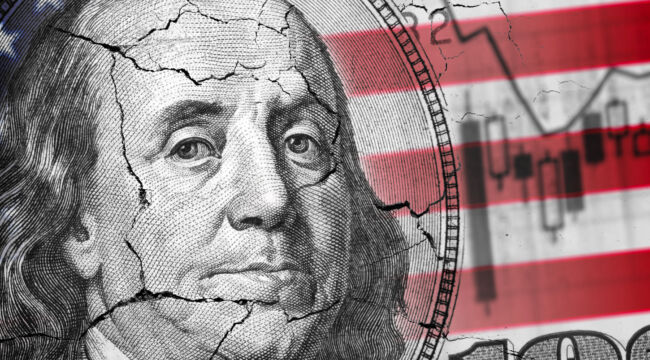 If you’re a longtime Daily Reckoning reader, you’ve heard of numerous plans to end the role of the U.S. dollar as the leading reserve currency.

These plans go by many names including the Great Reset, Bretton Woods II and other names suggesting some kind of deep dark conspiracy. The reality is less sinister but no less important.

The main thing to understand about the role of the dollar in the international monetary system is that there’s a big difference between a reserve currency and a payment currency.

A reserve currency refers to the unit of denomination of securities held in reserve by countries. It’s something like your savings account but it’s controlled by the treasury or finance ministry of each country.

These reserves are not actual currency deposits. They’re securities such as U.S. Treasury notes or German government notes (bunds). They’re denominated in dollars or euros but they’re securities, not cash. That’s the key.

If you don’t have a large, liquid government securities market with a good rule of law then you can’t qualify as a reserve currency. The U.S. Treasury market is the only market in the world large enough to absorb the savings of major trading powers such as China, Japan and Taiwan, so the dollar is the leading reserve currency.

That won’t change in the near future. When the dollar replaced sterling, it took 30 years from 1914 to 1944 to complete the process.

The Critical Difference Between a Reserve Currency and a Payment Currency

A payment currency is different. It’s the unit of account for paying for imports and exports, but it’s really just a way of keeping score. Periodically the trading partners settle the score with a transfer of assets that can include commodities, dollars, euros or gold.

It’s much easier to launch a new payment currency than a new reserve currency because you don’t need a large securities market. You just need a reliable ledger system and willing partners.

There are efforts underway to introduce new payment currencies and new payment channels, a process that was accelerated by the sanctions regime against Russia.

Following the Russian invasion of Ukraine, the U.S. ejected Russia from the SWIFT international banking payments system, froze dollar deposits around the world held by Russians, froze the dollar-denominated assets held by the Central Bank of Russia and prohibited U.S. investors from making new dollar investments in Russia.

Now, Russia and China are working on a new system to replace SWIFT (the leading international payments communication channel) that would allow payments of yuan and rubles between them. From there it’s a short step to creating a new digital token as a way to keep score.

If Russia receives yuan for oil it will be able to use the yuan to buy other goods from China including semiconductors and manufactured goods. If China earns rubles by selling goods to Russia it will be able to put those rubles to good use by buying Russian oil and natural gas with them.

This will lead to expanded trade ties between Russia and China and will begin a process of sidelining the U.S. dollar since it will no longer be the unit of account in Russian-Chinese trade.

In this regard, Russia is working quickly to build new payment channels to allow its commerce to proceed without reliance on the dollar. Meanwhile, Russia is still earning over $21 billion per month in hard currency payments for its oil and natural gas and Russia has found new customers in India and China to make up for lost customers in Western Europe.

Such trading relationships have a way of growing and including other trading partners to whom the ruble and yuan can prove useful. Other countries from the BRICS+ and elsewhere would be invited to join.

The dollar can be used for regime change by creating hyperinflation, bank runs and domestic dissent in countries targeted by the U.S. The U.S. can depose the governments of its adversaries, or at least blunt their policies, without firing a shot.

Nations around the world realize that as long as they are dependent on dollars for holding assets or purchasing global commodities, they will be under the thumb of those who control the dollar payments systems, which are basically the U.S. with some help from big European and Japanese banks.

Nations also know that while Russia is the current target of sanctions, others could easily be next. The only way to escape the sanctions is to escape the dollar.

I recently reported that a new effort has begun to form a natural gas cartel with participation by Russia and Iran and eventually other countries.

This new organization could function like OPEC except that the strategic asset would be natural gas rather than oil. Other countries that could join this new cartel include Qatar and Azerbaijan. Russia, Iran and Qatar alone control about 60% of the world’s natural gas reserves.

Such a cartel would be in a position to strike exclusive deals with favored buyers like China, and to freeze out the dollar. It could introduce a new digital currency backed by a basket of commodities including gold.

This has geopolitical implications as well.

Imagine a three-way trade in which North Korea sells weapons to Iran, Iran sells oil to China and China sells food to North Korea. All of these transactions can be recorded on a blockchain and netted out on a quarterly basis with the net settlement payment made in gold shipped to the party with the net balance due. That’s a glimpse of what a future nondollar payments system looks like.

By itself, this development is not the end of the U.S. dollar in global payments. But it could be the beginning of the end of dollar dominance in trade. The difficulty is that these small steps could accumulate and gather momentum and eventually challenge the dollar as a reserve currency.

Historically such processes begin slowly but end with a rapid collapse in the role of the former champion currency. Investors should not rule out a similar process with the dollar.

The way to prepare for this is not with dollars, rubles or yuan. The way for investors to prepare is with gold.