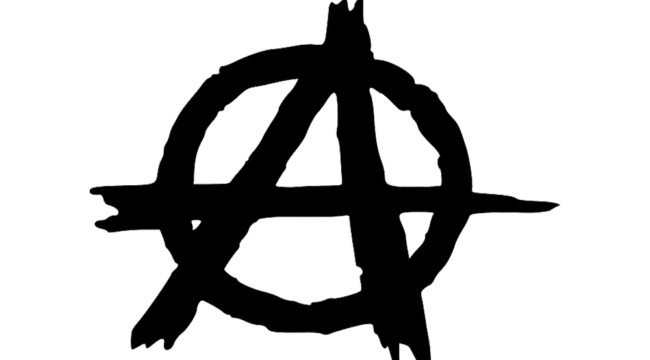 Here is reader Jason M., in response to yesterday’s Reckoning:

Today’s article really got my blood boiling. This Micheline Maynard is the epitome of what’s wrong with the elites and our federal government today. We are in this mess because the elites shut the economy down for a virus that has a 99.8% survival rate. Shelves are going bare because the government has pursued policies that destroyed our manufacturing capacity and then made it near impossible to conduct business or make a living. Now countless people are going to lose their jobs in critical fields over the vaccine mandate. I am one of them.

When is enough going to be enough? How long are we going to let the government and elites like Ms. Maynard lord it over us while we bend over and take it? I’m fed up with all of them. I’m ready to rebel against the system. There’s only so much one can take of being told what to do by one’s “betters” before you want to punch them in the face. I know I’m not alone in feeling this way.

Thank you for putting out the great content that you do!

Jason, to our knowledge, is a normal man. And as Mr. Henry Louis Mencken noted:

Every normal man must be tempted, at times, to spit upon his hands, hoist the black flag and begin slitting throats… Almost inevitably he comes to the conclusion that the government he lives under is dishonest, insane, intolerable.

We assume Jason has made that conclusion.

Your editor does not claim to be normal. Yet even he has arrived at the identical conclusion.

Take the Jab or Lose Your Job!

Our earnest sympathies are with Jason. We hope he is able to retain his employment.

He labors within a critical field. Who will take his place?

Your editor’s own brother — who incidentally hunts out drug risks for a behemoth pharmaceutical concern — confronts the identical dilemma.

He has obtained legal counsel in the hope of wriggling out of it. He has until Dec. 8 to plead his case to victory.

If counsel fails him… he must take aboard the alien genetic material… else take the consequences.

Mind you — these are trial vaccines whose enduring effects are not known.

Moreover, they do not prevent infection to any reliable degree. Nor do they prevent the vaccinated from radiating the virus outward.

Meantime: Migrants swarming illegally across the Mexican border with the United States can roam unvaccinated.

Leaked Border Patrol documents reveal a minimum 160,000 of these unlawful entrants have been turned loose within the United States — with little oversight.

Reduce the thing to its essentials. These are the facts confronting you:

A man visiting these shores for days must be inoculated, else he is turned 180 degrees around and ordered home.

Yet another man… whose very entrance to the United States ran contrary to its immigration laws… and who intends to stay for years… can roam around unvaccinated and unharassed.

Is this logic? Is this justice? Is this law?

A Bonfire of Law

We have no heat against the immigrant chasing his rainbow in these United States. We acknowledge his strivings. We do not fault him for seeking a higher level.

We fault the parallel standards presently being enforced — one for the one group and another for different groups.

The umbrella of law must cover all alike. Else it is not law. It is anti-law, a reverse polarity of law, a bonfire of law.

It is “anarchy from above”…

That is, you imagine anarchy from below. Yet as Chesterton noted:

Look behind you, to last year’s tribulations. As we have noted previously…

Governments ordered churches to scatter their flocks — and to bolt their doors.

Governments restricted funeral attendance to a handful of bereaved.

These were the grim but necessary costs of containing a demon virus, we were told.

Yet the same governments that barred you from graveside, that locked you out of Sunday service and the haircutter’s store… blessed the mightiest mass gatherings we have ever encountered.

We refer of course to the George Floyd protests…

Americans swarmed the streets in numbers truly prodigious… each one a potential plague-spreader… in hundreds of cities… in all 50 states of this union… plus the District of Columbia.

That is, certain Americans could assemble in their thousands, in their tens of thousands… yet others could not gather in their dozens to worship almighty God or to plant a relative.

“Only Gather in Groups if You Are Protesting Trump!”

The morality of the cause is beyond our care. Our stance is not pro. Nor is our stance con.

We are concerned merely with its logic. We therefore conclude:

“Only gather in groups if you are protesting Trump!”

More Anarchy From Above

Yet protesters who loafed around outside of the United States Capitol on Jan. 6 — without stepping inside it — are labeled domestic terrorists and clapped into jails for trespassing upon public property.

We do not bless the actual violence of that day. Felonious assaults upon police undisputedly took place… and their perpetrators must face the law’s wrath.

The judge has our permission to heave his law book at them.

Yet a fellow lolling harmlessly hundreds of feet from the chaotic scenes is not a menace. He should not be cooped.

Will We All Be Called Domestic Terrorists?

Here is who the United States Department of Justice (do not laugh!) likewise brands domestic terrorists:

Parents who object to certain school curricula they deem offensive.

At some point, perhaps not distant, we may all be branded domestic terrorists.

But will the point come when normal men feel they must spit upon their hands, hoist the black flag… and begin slitting throats?