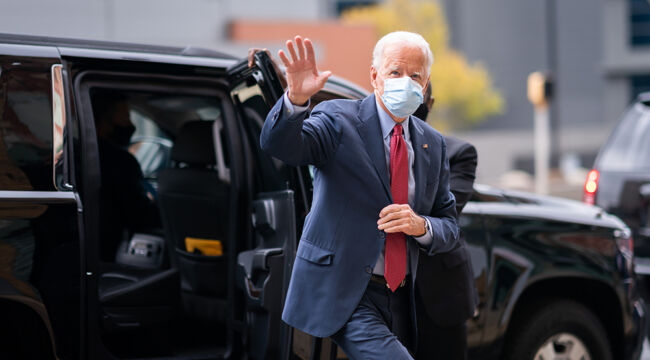 Mr. Biden is an old man in a hurry…

There he is… atop his galloping steed, whip in his hand, glory in his eyes — and history on his mind. Axios:

President Biden recently held an undisclosed East Room session with historians that included discussion of how big is too big — and how fast is too fast — to jam through once-in-a-lifetime historic changes to America.

All assembled agreed. Too big is inadequately big. Too fast is insufficiently fast:

The historians’ views were very much in sync with his own: It is time to go even bigger and faster than anyone expected.

Here is what he would jam through: Bigger, faster legislation on climate. On firearms. On elections… to name some.

The Next FDR or LBJ?

Presidential historian Michael Beschloss told Axios FDR and LBJ may turn out to be the past century’s closest analogues for the Biden era, “in terms of transforming the country in important ways in a short time.”

A vast literature contests the theory that the New Deal “saved the country from the Depression and chaos.”

The New Deal likely extended the Depression. It likely deepened the chaos.

The Great Society, meantime, unquestionably left the country “in a different place.” But a better place?

American society presently groans beneath a great pile of debt… in large part… because of it.

And the poverty it would eradicate remains — in many respects — uneradicated.

Have you looked in on Baltimore? Detroit? The Appalachian hills?

But let us return to Mr. Biden and his pursuit of history…

What “Getting Things Done” Really Means

A politician on the move sends us on the run. He menaces our happiness.

It was our sincere wish that the Republican Party would retain its Senate majority in November’s election.

Mr. Biden and his party are out to “get things done.” Yet, we do not want things getting done.

Getting things done generally involves fantastic raids upon our liberties… and our wallets.

If anything is to get done… we argue… it is the undoing of previous things.

That is, the undoing of previous raids upon our liberties and our wallets.

Democrats have a clear field to get things done — for now.

A Race Against the Calendar

But Mr. Biden’s race to get things done — to “jam through once-in-a-lifetime historic changes to America” — is a race against the calendar.

Republicans can drag Mr. Biden from his horse if they gain one Senate seat — or 10 House seats.

One or the other is likely. Both are possible.

He has full party control of Congress, and a short window to go big… If that means chucking the filibuster and bipartisanship, so be it… People close to Biden tell us he’s feeling bullish on what he can accomplish, and is fully prepared to support the dashing of the Senate’s filibuster rule to allow Democrats to pass voting rights and other trophy legislation for his party… He loves the growing narrative that he’s bolder and bigger-thinking than President Obama.

Mr. Biden must therefore apply a ruthless whip… and seize his spot in presidential history.

We might call to your attention: Mr. Biden had previously mounted thundering defenses of the filibuster.

But we will not call his fim-fambling to your attention. Our respect for the man and the high dignity of the office he holds is too vast.

We will, therefore, not remind you that:

In 2005 Senator Biden delivered — in his very words — “one of the most important speeches for historical purposes that I will have given in the 32 years since I have been in the Senate.”

But that was before Senator Biden was President Biden…

Before the historians wooed and flattered him…

In brief, before he seized the whip.

A question springs to mind:

Would a man of moderate politics — as the advertising has Mr. Biden — scheme to “jam through once-in-a-lifetime historic changes to America?”

We are far from convinced that he would.

Jamming through implies a resistance. A resistance — that is — to be routed, overcome and conquered.

A man jams a quarter-inch rivet through an eighth-inch hole, for example. He jams a bayonet through an enemy’s ribs. He jams spinach through his shrieking child’s gullet.

Are the American people hot for the rivet, for the bayonet, for the spinach?

Do they want the country left “in a different place?”

We must conclude they do not…

Else why the jamming through? Why the secret huddling of conspirators to plot it?

We should not be surprised that the history-writers tickled the president’s ear.

History smiles upon presidents of action — even of the wrong action.

It is not the Clevelands, the Pierces, the Buchanans or the Tafts that glitter in history.

It is rather the Lincolns. It is the Roosevelts — I and II. It is the Johnsons — Lyndon Baines, not Andrew. It is the Obamas.

That is, the presidents who seize the most power glitter brightest in history.

President Biden wishes to glitter alongside them. He is after history.

And he is in a hurry…