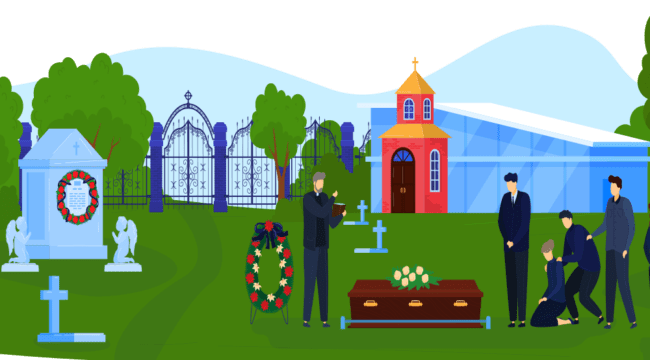 For we are sunk in bottomless grief. Time prints the obituary notice:

“The Free Market Is Dead.”

Alas, it is true — our agents confirm it. The free market is indeed dead, cold and stiff under six feet of earth.

Last night the president danced a merry jig upon the grave.

He would nose his way into every nook, every cranny of American life.

He has turned Ronald Reagan upon his head — ‘government is the solution, not the problem.’

Time is with him.

This Time Truly Is Different

[Free market] ideology began to crack after the Great Recession, and in the wake of the coronavirus pandemic, it has collapsed…

It’s not just the fringes questioning free market orthodoxy in a time of disease. Cross-partisan supermajorities of Americans want some of the biggest companies of America to be broken up, significantly higher minimum wages, a wealth tax on billionaires, and believe significantly more public investment is required to create economic growth.

This time, it truly is different:

We have had regulations, public investment, and macroeconomic management to varying degrees throughout American history. What makes this moment different is that Americans across parties, class, and educational background are using a new framework to think about how we create prosperity.

What is that new framework precisely?

The free market paradigm is out, a new “managed market” paradigm is in. And it intends to stay:

The new managed market paradigm is bigger than Bidenomics or any particular economic agenda — it is a story about how the economy works.

The economy only works, concludes the obituarists, with the government thumb heavy upon the scales:

Yet we have a question:

Did the United States economy expand 3.9% on average between 1950 and 1980 because of government business… or because large chunks of the industrialized world were buried under WWII’s rubble?

Thus America stole a lovely march on the overseas competition.

The Keynesians then in practice wailed that the hellacious dropping-off would plunge the United States back into depression — only deeper.

Yet by Time’s own admission… the United States economy was soon going under full steam. How?

Fast and Loose With History

Moreover, Time claims “Before the 1970s, most economists and lawyers believed that we needed robust government action.”

Was not laissez-faire king of these antique days — days — incidentally, of dizzying material progress?

“From the 1930s through the 1970s, most economists and lawyers believed that we needed robust government action.”

We have another question, a related question:

If the “Keynesian consensus” that reigned before the 1970s created “long-term prosperity”… what explains the economic miseries and stagflation of the 1970s?

The “free market apostles” preached their heresies only in response to abysmal failings of the Keynesian catechism.

The test of a good religion, argued G. K. Chesterton, “is whether you can joke about it.”

The free market may be dead in 2021. But Time has botched the autopsy.

The Free Market Was Murdered

The free market did not succumb to natural causes, as it claims.

It was murdered in blood that is cold… done to death by those who would claim to save it.

But “free market capitalism” has long been going under a false banner.

Government spending — federal, state and local — represents some 40% of the gross domestic product.

And as we explained yesterday, government regulation chokes commerce without mercy.

The United States has, by all accurate accounts, a “mixed economy.”

It does not have a free market economy. Nor has it for a long, long time.

Yet Time would have you believe the opposite:

Reagan and George H.W. Bush used the… rhetoric of the free market to demolish programs that reined in private corporations and supported the middle class and poor. Their successors, Democrats and Republicans alike, continued to cut spending, pursue deregulation, and privatize swaths of the government.

By our accounting, government ballooned noticeably under both presidents here mentioned.

What programs to support the poor and middle class did they “demolish?” It is a strange demolishing indeed, for we cannot detect the demolition.

What many label “cuts” are mere reductions in the rate of growth. Imagine the scene:

You have in fact increased spending $30,000 — a nice point to put somewhere.

And what “swaths of the government” went private?

Perhaps you have noticed that housing, medical care and education costs have risen to heights very nearly obscene.

Have you also noticed that these are the “markets” that government bosses most?

Have you further noticed that computers, televisions and other consumer items have fallen in place — markets that government bosses least?

The crisis was largely the result of reforms that the free market orthodoxy had favored. A decade prior, the Clinton administration had repealed historic bank regulation laws like Glass-Steagall, making it easier for bankers to use the deposits of Americans to pursue risky investment decisions. They chose to put some of that risk into the predatory subprime lending market which steered borrowers — disproportionately people of color — to buy or refinance their loans, often at higher rates than they qualified for.

Why Would Banks Lend to Those Who Would Likely Default?

Mr. Bob Hope once defined a bank this way: “A place that will lend you money if you can prove that you don’t need it.”

Have you ever encountered a banker who would lend you money… if he did not believe you would make it good… with interest?

Your editor has not.

Would banks extend risky loans to those with poor credit… if they lacked incentive… if Fannie Mae and Freddie Mac were not in back of the loans?

The Fed’s War Against the Free Market

The Federal Reserve — to be blunt — is not an institution of “the free market.”

It is rather the free market turned 180 degrees the other way.

It is extremely unlikely. And the Federal Reserve has blackened capitalism’s good name.

These are the gusts that push material progress along, that push society along.

They blow away the inept and inefficient… and sweep in the new and improved.

It has merely inflated bubble after bubble. It has sent the stock market rocketing while the real economy gets dust in the face.

Wall Street’s favored corporations — in fact — lobby hard against free market capitalism. They fear the competition from below… and enlist government’s assistance to remain up top.

Blame Where It Belongs

The mechanic puts a wrench in the transmission. The auto subsequently grinds to a screeching stop.

The mechanic and his botchwork were defective.

And so it is with the Federal Reserve. The bungler placed the wrench in the transmission.

But the free market takes the blame for the ensuing discombobulation.

It is high time to finger the responsible party. It is not the free market.

And so today we mourn. An innocent man has been murdered…

And its killer runs at large.