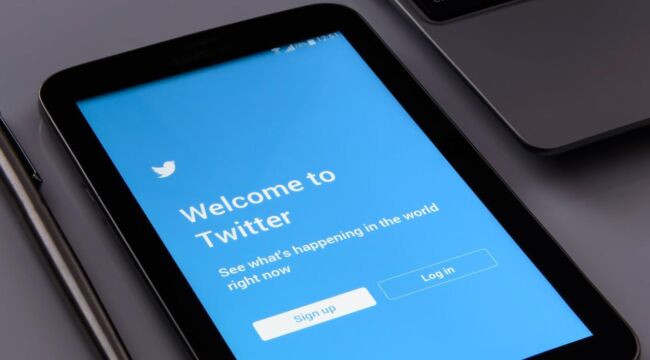 Did you catch the absolute frenzy about Elon Musk’s proposed takeover of Twitter? Employees at Twitter were falling on their fainting couches repeatedly.

The Washington Post warned of the grave danger to democracy.

Now think about this. This is a highly censored platform. They ban you for raising questions about vaccines. You are dinged for wondering a bit about Zelenskyy’s war drums. They body-bag you if you say that the virus is not what they claim it is.

Not so democratic, is it? It’s certainly not in the democratic spirit.

Imagine dialing back the censorship just a bit. Imagine a hole the size of a nail in a major dam. This is precisely what “they” do not want. It would expose the strangest fact about our world today, namely that the oppressions and wreckages all around us are the products of just a few hundred people around the world.

Forget the 1%. It’s more like the 0.0001%. It’s a small group with wildly outsized influence. It feels wrong. It is undemocratic. Plus they have proven their incompetence on every subject from economics to monetary finance to virus control. They are effectively discredited.

Now there is one goal: Keep the masses from rising up.

Social science and psychology have produced a large and very interesting literature about what the human mind can forgive and get over, versus that which people can remember for a lifetime or many generations.

Some things are bad but one moves on. The death of a parent is painful but we recover. Stock market losses are bad luck but we wait it out. Even job loss, as bad as it is, eventually recedes in our memory once we have a new job that makes us happy. Relationships can go wrong but the next good relationship heals the pain.

What is the most salient, pressing, burning and possibly permanent form of hurt? Things that harm our children. Actions that steal our patrimony (as Machiavelli said) and external forms of intervention that rob us of our social status. Those things we do not forgive. Instead, we seethe. In any case, this is what the literature has explained and it seems right.

Now consider the last two years. Perhaps half the country thinks that the president found his way to power through illicit means of some sort. Forget the ballot-counting issues. It’s all about the manipulation of democratic process via mail-in ballots and so on. I tend to be rather moderate on such questions but I’m an outlier here: Multitudes believe the election to have been outright stolen.

So much for credibility at the top. Now consider what has happened to children over two years. Many in the middle class have faced the grim reality that their kids learned next to nothing online. They are massively behind.

Meanwhile, the rich kids in private schools are far ahead of them. Keep in mind: These are schools for which people pay with VERY high property taxes. The unions and the germophobes shut them down for two years! Did people get refunds? Nope. They were robbed.

Also millions of people over two years were denied access to funerals and even hospital visits for loved ones like parents and grandparents. We can deal with death. We cannot deal with politicians and bureaucrats who barred us from providing comfort to the dying and then grieving ourselves.

This is utterly unforgivable.

Now consider vaccine mandates. Most people never wanted their skin to be stuck with a needle and have their bodies pumped full of some untested substance, generated by tax-funded medical labs, operating without liability. Those who went along are still furious to this day. This anger will last a lifetime.

And to top it off, none of these goofy and truly evil strategies achieved anything in terms of disease mitigation, much less in cushioning the economic blow of the lockdowns.

And let’s talk about inflation and public fury. Some people in some countries get used to it. Americans are not that way. We’ve been through 40 years of relatively tolerable levels. The Fed assured us that it had it all under control. For a year now, all of the top experts said that prices would settle back and everything would be fine. Of course, it wasn’t true.

Now people feel it very intensely: Their standard of living is falling. Fast. There is nowhere where money makes money. Nothing feels safe. We are being secretly robbed at every turn. We seek explanations. They blame Putin. They blame business. They blame you and me. They blame everyone but themselves. This is unbearably obvious.

The pace of increase has cooled a bit for now, down from 13.5% to 12%, according to real-time measurements. That’s still very high. Plus, there is plenty of room for these numbers to get out of control very quickly as we approach the end of the summer months and into fall.

In 2016, I gave a speech in which I said that people who hate Trump should feel gratitude for him. Compared with the real mood in the country, Trump really did represent a moderating force. That was six years ago, and long before lockdowns, inflation, a sketchy election and vast social and economic wreckage.

The administrative state is right now as angry at us as we are at them. There is a peaceful solution here but it doesn’t seem to be on the table.

Will governments have learned their lessons? Look around! We live in a world burdened by extremely stupid public agencies that have lost public trust.

If I’ve learned anything new over the last two years, it’s about the strange way in which the ruling class is impervious to the will of the people, even when it shows up in devastating polls. They seem not to regard this as a corrective but a challenge.

Are the elites right to fear a world of free speech? They certainly are. In a digital age with the potential for mass communication and action, a genuine platform that allows people to actually share information and say what they really think could be truly revolutionary.

This sounds exciting and like something we should welcome. Maybe. My actual worry is deeper, namely that we have traveled too far down the path for this to end in peace and tranquility. The powder keg is growing more combustible by the day.

Now consider the present situation and add recession/depression on top of it all. There is no precedent in our lifetimes for what this could mean. Hang in there, my friends! An explosion is coming.