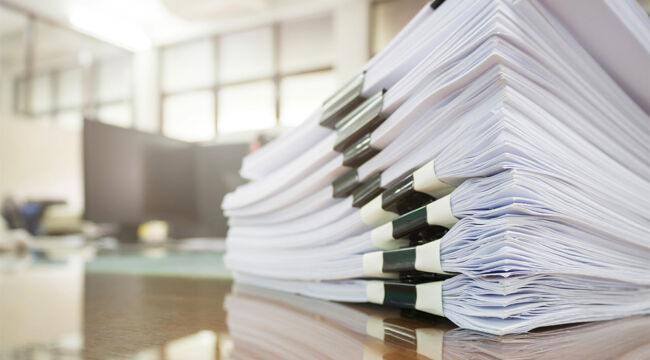 "An Act of Legislative Barbarism"

Have you the time to scour 4,155 pages — finely printed and single-spaced — within the span of three days?

If so we would dispatch you at once to Washington.

There you can announce the full contents of the $1.7 trillion omnibus bill, so-called, under present consideration by the United States Senate.

Released Tuesday morning, it must face a vote by midnight Friday — else the federal government “shuts down.”

What precisely do we know about this omnibus? That it is loaded to the gunwales and packed to suffocation with pig products — “pork.”

The bill authorizes for example:

$477,000 for the Equity Institute in Rhode Island to indoctrinate teachers with “antiracism virtual labs”…

$1 million for Zora’s House in Ohio, a “coworking and community space” for “women and gender-expansive people of color”…

$3 million for the American LGBTQ+ Museum in New York City…

$3.6 million for a Michelle Obama Trail in Georgia…

$2 million for the Great Blacks in Wax Museum in Baltimore…

$750,000 for the TransLatin@ Coalition to provide “workforce development programs and supportive services for transgender and gender nonconforming and intersex immigrant women in Los Angeles.

This we learn from the conservative Heritage Foundation.

We have no heat against the LGBTQIA+ among us — though we concede that we do not know which group each individual letter represents. Nor are we certain which group “+” represents.

We merely harbor grave reservations that this museum here… or that center there… constitutes a worthwhile expenditure of federal tax monies.

The money adds up, and plentily.

Politics is of course the art of the possible. To get, one must give.

Horses must be traded, backs must be scratched, palms must be greased, arms must be twisted and skulls must be cracked.

And so Senate Republicans emerged from the business with their own pretty little plums.

You Get Your Butter and We Get Our Guns

It’s interesting to note on the Republican side, we actually have a conference resolution that we don’t support earmarks. Well, we’re supporting over $4 billion worth. Democrats are getting $5.4 billion worth of earmarks.

Republicans will get their $858 billion for “defense” — a nearly 10% increase over last year’s spending.

Providing assistance for the Ukrainians to defeat the Russians, that’s the No. 1 priority for the United States right now, according to most Republicans.

Is it? We are in regular contact with several Republicans. Not one among them — to our knowledge at least — has labeled Ukrainian assistance their No. 1 priority.

To a man they wish Ukraine the best in the world. Yet they rank other priorities higher.

Dissension in the Ranks

We are bitterly and ruthlessly bipartisan. That is, we denounce each party for its multiple atrocities.

Yet in fairness, there are several dissenting Republican senators raising a royal rumpus over the bill.

Huge spending bills like this one are how we got into trillion-dollar deficits, $31 trillion in debt and an inflation crisis hurting every American family.

Sen. Rand Paul of the majority leader’s same state of Kentucky has taken to the warpath:

When was [the 4,155-page omnibus spending bill] produced? In the dead of the night. One-thirty in the morning when it was released… Well, whose job is it to produce this? The people in charge of spending. The people in charge of both of the parties. When did they know that this would be necessary? Well, it’s in the law. Sept. 30. You got nine months, almost 10 months to produce a plan, to have a spending plan.

Republican leadership likes to say, ‘Oh, but it’s a win, it’s a big win. We’re getting $45 billion for the military.’ So which is more important? Which threatens the country more? Are we at risk for being invaded by a foreign power if we don’t put $45 billion into the military? Or are we more at risk by adding to a $31 trillion debt?

Utah’s Republican Sen. Mike Lee has ventured so far as to label the bill “an act of legislative barbarism.”

“Every Nation Gets the Government It Deserves”

The entire business can wear the soul out of the stoutest fellow. He rages against it. Yet he is powerless to stop it — and well does he know it.

Yet we must consider an unflattering possibility. As we are fond to note…

If true — we suspect it is — the United States is a nation of scoundrels, cads, wastrels and spongers.

For it is we who elect the politicians under discussion.

There are simply too many interests angling to get a bucket in the stream, to get a snout in the trough, to catch a penny… to pick a pocket or two.

Is the glad-handing, vote-seeking politician solely to blame for the nation’s desperate finances?

No, argues Paul Van de Water, senior fellow at the Center on Budget and Policy Priorities. Look thyself in the mirror, citizen, says he:

That is, the average voter sniffs the free lunch… and orders up a plateful.

We must agree with this analysis.

Everyone Wants a Free Lunch

The cost-free lunch has eternal appeal. It is a painless gain… and what a gain it can be.

Once it goes upon the menu it never comes off. But ultimately the waiter lays the check upon the table… as warned Mr. Benjamin Franklin:

When the people find that they can vote themselves money that will herald the end of the republic.

Do we condemn the voter for biting the bait? No, we do not pass judgment — we have yet to decline an expenseless meal.

We merely observe… and reflect… as a man may reflect upon his own shortcomings and failures.

What is the only surprise about this pending budget deal? Here is the answer:

That anyone could be surprised by this pending budget deal.

Republican and Democrat leadership might stage a splendid combat for the crowd. They may batten upon each other with seemingly savage and vicious blows.

The combatants rarely strike at the vitals. And the blood is fake.

When it comes to borrowing and spending… most Republicans and Democrats are twins.

If you threatened to cut them off the artificial warfare would halt immediately… and the hands of peace come extending from both sides.

This we are presently witnessing.

Sold Down a River, Bipartisan Style

And so today we drop another mournful tear on the ashes of fiscal responsibility.

But they have since sold the pass. And as we have further noted before:

Both parties have sold us all down a river…