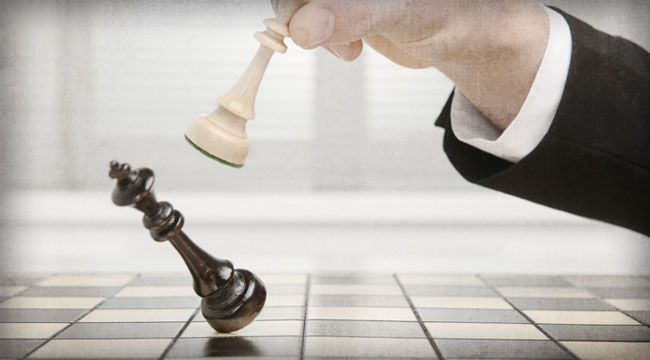 Over the past 80 years or so governments have been expected to provide more and more social services. That means bigger and bigger bills for the taxpayers of this generation and generations unborn. Since governments almost constantly run in the red, they often resemble cocaine addicts desperately looking for the next fix. The fix, in the case of governments, is the perpetual need for more money, no matter how much wealth the engine of a strong economy may be generating.

One of the delusions of any democratic government is the “other guy will pay” syndrome. Usually, in mature welfare state democracies lawmakers look toward election cycles and understand that there is never enough money to back their promises. So they pass the bill problems to the future by money printing and issuing bonds that won’t come due until after their elections have been won.

However, in most democracies, to quote former pro football coach George Allen, “the future is now.” Tens of millions of people in the United States, Europe, and Japan are retiring now after a lifetime of paying taxes into flawed government retirement funds. Democracies are facing problems keeping all the promises of former pols, most of whom now enjoy fat government pensions while the taxpayers struggle to pay the bills they left behind. So paying the bills is a perpetual problem for pols facing the next election.

For example, in the United States Social Security and Medicare “trust” funds surpluses have been arrogated over the years by both right- and left-wing governments. They used them to pay off political debts and make deficits seem smaller. However, President Bill Clinton implicitly conceded the scam. At the end of his presidency he was urging lawmakers “to save” Social Security. Why did it have to be saved? Where had years of high payroll taxes gone?

Luckily, for pols most voters don’t seem to understand that the overspending of the past now threatens their lifestyles and the value of their currencies. The scam goes on as governments look for new taxes to make good the promises of past governments. So today the latest fiscal gimmick is a rehash of an old scheme: “The rich will pay.”

The implication of this game is that the rest of us will enjoy a free, or low cost, ride, while a vast fortune of wealth goes into government coffers. Government services — everything from supposedly free medical services to free quality education to superb transportation services and on and on — will be provided at little or no cost because the rich — whoever they are — will pay.

Here in New York City, a new mayor with strong teacher union connections wants to extend pre-school public school programs by assessing a higher tax on those making $500,000 or more a year. At the national level, President Obama has stressed that those making $250,000 or more a year should pay higher taxes. The argument is also based on the idea that the government should step in and cure the problem of “income equality.”

Using this kind of thinking, one might bar certain teams from winning more championships (the New York Yankees, Real Madrid, the Green Bay Packers, the Boston Celtics) because they’ve won many more championships than most other teams so that’s unfair. The logic of the rich must pay pols is that league or the government must correct inequalities.

But inequalities among humans are many and are impossible to define since every individual is unique. Yet these kinds of policies not only don’t work, they hurt our economy. They have been discussed and in some cases tried. In effect, they tell the successful: “You’re doing too well. We must do something about you.”

It reminds me of post-World-War-II tax policy. That’s when progressive tax policy dominated the system before the Kennedy administration tax cuts of the early 1960s. In the United States in the 1940s and 1950s, we actually had marginal tax rates of 94%. Think of that. If you reached a certain point and you were only able to keep six cents of every additional dollar you made. Why would you make that extra dollar? This is what happened in the 1940s and 1950s. High-income people would stop working late in the year when they were coming close to the 94%.

How did that help anyone?

Obviously, it hurt our economy as talented people, in a modified Atlas Shrugged scenario, withdrew for part of the year. What about the rich? I want the same of them that I want of everyone else. I want them to continue to spend and invest as much as they want without worrying about what J.S. Mill called “a success tax.” Whether they consume or help build production by starting businesses that generates the “jobs” that our pols are perpetually baying for during these days of high unemployment and weak job growth.

But what about the rest of us — those making $250,000 or less? I doubt that raising taxes on the rich, who make up a small percentage of society, will make much of a difference. Consider many Western governments are running deficits in the hundreds of billions of dollars each year. The whole concept of soak the rich is silly and counterproductive. First, let us consider the people who already have wealth. If governments keep raising taxes when they reach a certain level these people can stop working just before the penalty rate is triggered. Unlike the rest of us, the rich don’t have to work for taxable wages. They already have substantial wealth.

And for the rest of us, middle and low income, does anyone actually think that, once the government collects still more higher taxes on the big earners that the new money will go to our central governments and they will give all the rest of us a break on taxes?

You can stop laughing now.

The counterargument to the rich-will-pay syndrome is thus: First, even the highest marginal tax rates on the rich will never generate the amount of money the government expects. As taxes go up people don’t work as hard, or in the case of people with modest incomes, they will work under the table. That’s a tremendous problem in a high tax nation such as Spain. Second, the history of so many central government programs is that, even when they generate a lot in taxes, tremendous amounts of the proceeds are eaten up in administrative costs.

Bureaucracies at the highest levels of governments are damn expensive to maintain. That is true whether one is speaking of aircraft carriers or Social Security. Indeed, in the case of the latter, I once heard an economist, Jeffrey Burnham, say at a conference that whenever Social Security has had a big surplus, governments have helped themselves to it. Here’s another example of the you-send-it-and-we’ll-spend-it-and-then-some philosophy that dominates democratic governments. In the 1980s in the United States there was a demand that toxic waste dumps be cleaned. The government, through its taxing power, raised hundreds of billions of dollars. What happened to the dump sites? Few of them were cleaned up.

Most of the money was spent in administrative costs. The government shouldn’t raise taxes on the rich, or the rest of us. It should cut taxes by closing down whole departments of government and selling government assets. Let people, all people, take home more of their hard-earned money. With Social Security and other government welfare programs facing incredible funding gaps, it is more important than ever that people have private savings and investments. I mean assets under their control, not dependent on a government program that can change the payment levels with the stroke of a pol’s pen.

Let people not depend on the other guy, or of vote-hungry pols, to pay their bills. Let people build their own assets and take control of their lives through a remarkable system — more private property.

Ed. Note: The government favorite unofficial holiday is just around the corner. April 15. It’s when you have to send in your share of what you owe for this wonderful government. But right now, readers of the FREE Laissez Faire Today email edition are discovering great ways to minimize how much they have to deal with the government. And sometimes that means legally lowering how much you send to Uncle Sam. Click here to sign up for Laissez Faire Today, for free, and ensure that you never miss out on any of these opportunities.

Stockman: Inequality Led to the Rise of Donald Trump

David Stockman is interview by RT where he notes that inequality and a morphing of crony capitalism has guided America to the rise of Donald Trump. Watch the full interview here…