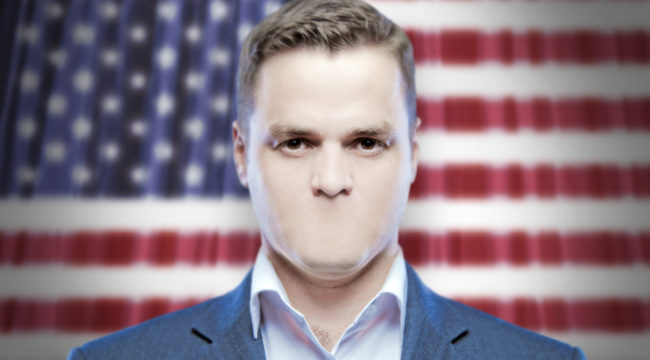 The plan would let funds borrow taxpayer money on extremely easy terms to meet their requirements.

Or as Zero Hedge’s pseudonymous Tyler Durden has it:

The bill would also hatch a new bureaucracy within the Treasury Department called the Pension Rehabilitation Administration.

America would therefore be condemned to a pension crisis for the remainder of its days — the nature of bureaucracy is not to solve but to expand any problem it was created to solve.

That is how it justifies its existence… and keeps itself in funds.

At all events, the agency would have its work cut out…

“This is not a distant concern,” he adds, “but a system already in crisis.”

By some estimates, America’s public pensions alone are sunk in a $6 trillion abyss.

According to data supplied by the Federal Reserve, pensions — public and private combined — were roughly 27% underfunded at the end of last year.

The dilemma, approached from any direction, is a labyrinth.

How has the American pension come to such a troubled estate?

Most public pension systems were built upon the rosy-dawn assumption that their investments would yield a handsome 7.5% annual return.

And once upon a time, that may have been realistic.

But that was before the 2008 financial crisis… before the Federal Reserve opened its war on savers… and bonds still paid a handsome yield.

The average public pension plan worked an average gain of 2–4% by 2015.

It returned just 0.6% last year, according to Bloomberg.

The Center for Retirement Research says that even if these plans attain their Pollyannaish 7.5% returns over the next few years, they’ll still only be 73% funded by 2021.

Meanwhile, a great number of pensioners are entering or approaching retirement.

A highly technical term describes the foregoing… and we apologize if it sends you off to the dictionary:

Briefly turn your attention to the Golden State, for example…

California pins its hopes on that pie-in-sky 7.5% annual return.

But recall the average public pension plan only returns 0.6%.

The math is the math.

Currently, California pension plans only meet 65% of their promised benefits.

And California is by no means alone.

The great state of Illinois, for example, risks sinking into a $130 billion “death spiral” from its unfunded pension liabilities, as Ted Dabrowski of the Illinois Policy Institute describes it.

But the problems aren’t limited to California or Illinois.

They run from Portland to Portland, Lake Superior to the Mexican gulf.

From a Moody’s report:

“But I don’t have a pension,” comes your response. “This doesn’t concern me.”

Ah, but have another guess — at least if you swear off your taxes in these United States.

Is it your belief that governments will let their prized public pension plans fail?

Jilted pensioners can generate a good deal of hullabaloo… and they vote.

And do you think generous Uncle Samuel will turn the politically strategic states of California and Illinois out on their ears?

Your tax bill could explode as governments around the country seek to bail out insolvent pension plans. And you know how much politicians like to use your tax money to bail out some constituent. They like to prove their “compassion” with your money!

Illinois Gov. Bruce Rauner has warned that the state’s pension crisis is driving his beloved Land of Lincoln into “banana republic” territory.

Can you imagine, comparing the venerable, eminently worthy banana republic… to Illinois?