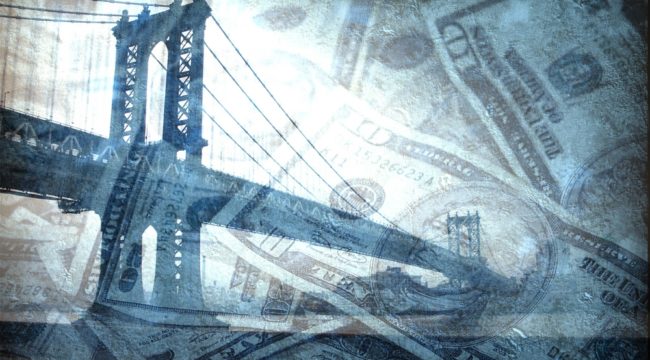 America’s Bridges Are Not Falling Down

There is a good reason why Donald Trump’s team has been light on policy details. It seems that every time he gets specific he manages to serve up a steaming pile of hogwash.

So when he told Fox News that he would double-down on Hillary’s $275 billion infrastructure boondoggle, The Donald was right on cue. And in pulling his new $500 billion infrastructure program straight out from under his comb-over, he also demonstrated he has no idea what he is talking about on this topic, among many.

No, Donald, the bridges of America are not falling down, and the nation’s infrastructure — to the extent that it is any business of Imperial Washington at all — is not “crumbling.”

Actually, Washington’s primary job is maintenance of the Interstate Highway System, and that’s in pretty good shape, including its heavily trafficked bridges.

More importantly, if additional investment is needed in the interstate highway grid, then the users should pay for it with a modest increase in the gasoline tax. Or better still, Washington merely needs to rescind the earmarks that divert upwards of 67% of the existing $45 billion per year of gas tax revenues to state and local roads, mass transit, bike trails, walking paths, weed removal, transportation museums and countless other diversions.

In short order the system would be in tip-top shape. But that’s not the half of Trump’s wild pitch on this one. Having swallowed the infrastructure myth hook, line and sinker, the GOP candidate went a horrid step further and talked up an “infrastructure bank”— the Democrats’ favorite backdoor route to further ballooning the nation’s already-crushing public debt.

Despite insisting that “I’m doing the biggest tax decrease,” Trump saw no sweat at all in coming up with the half trillion dollar price tag for his latest brainstorm:

Upward of 95% of what passes for infrastructure investment — highways, roads, streets, bridges, airports, seaports, mass transit, water and sewer, the power grid, parks and recreation etc. — are the responsibility of the private sector and should be paid for by users or, arguably, constitute local public goods and amenities.

The latter should be managed by state and local governments and be funded by local users and taxpayers. But give the Beltway lobbies and racketeers an inch and they will take a mile. After decades of federal mission creep, there is virtually no aspect of “infrastructure” spending that has not wormed its way into the federal budget.

That’s why the nation has $19.4 trillion of public debt already. But there is also a larger issue. Namely, what’s the point of federalism and some 89,000 units of state, county and local government if these taxpayer funded agencies can’t even provide for fare box revenues on local bus routes, maintenance of secondary highways and streets or water and sewer services to local residents?

When all of this gets federalized on an ad hoc basis, of course, you end up with the worst of all possible worlds. That is, random redistribution of resources among localities; waste and inefficient pork barrel allocation of funding and a centralization of politics where the permanent governing class always wins and working taxpayers are left out in the cold.

Even in the case of just highways, the extent of mission creep and pork barrel politics is stunning. The 47,000 miles of interstate highways constitute only 1.1% of the 4 million miles of streets, roads and highways in the entire nation.

Indeed, the reason we have state, county, municipal and township government in the United States is precisely to take care of the 99% of road surfaces that the great Dwight D. Eisenhower said should remain a nonfederal responsibility — even as he pioneered the Interstate highway system and trust fund.

Yet less than $15 billion, or one-third of the trust fund’s receipts, goes to the Interstate Highway System Ike fathered. The rest gets auctioned off by the congressional politicians to state, county and local roads and to the far-flung array of non-highway purposes mentioned above. Worst still, at the center of this abuse and corruption-ridden Washington infrastructure spending complex is a tissue of myths, exaggerations and lies which provide a veneer of justification for its inherent plunder, waste and unfairness.

That is to say, when the Beltway bandits run low on excuses to runup the national debt they trot out florid tales of crumbling infrastructure, including dilapidated roads, collapsing bridges, failing water and sewer systems, inadequate rail and public transit and the rest.

This is variously alleged to represent a national disgrace, an impediment to economic growth and a sensible opportunity for fiscal “stimulus.” But most especially it presents a swell opportunity for Washington to create millions of “jobs.” Moreover, according to the Obama Administration’s latest budgetary gimmick — and one now apparently embraced by The Donald — this can all be done in a fiscally responsible manner.

Yes, that would be via the issuance of  “green ink” bonds by a national infrastructure bank, as opposed to the conventional “red ink” bonds by the U.S. Treasury. The implication, of course, is that borrowings incurred to repair the nation’s allegedly “collapsing” infrastructure would be a form of “self-liquidating” debt.

That is, these “infrastructure” projects would eventually pay for themselves in the form of enhanced national economic growth and efficiency. Needless to say, that’s what the government of Japan has been saying for the last 25 years. With debt at 235% of GDP, in fact, what is being liquidated is the nation’s taxpayers, not its “construction” bonds.

Besides that, the evidence for dilapidated infrastructure is just bogus Beltway propaganda. It is cynically peddled by the construction and builder lobbies and by state and local officials looking to fob the bill onto any taxpayers except their own.

A recent piece about the phony infrastructure crisis by one Philip K. Howard is par for the course. Howard is a lawyer and founder of a lobby group sporting a name — “Common Good” — which is reason in itself to be wary:

But almost every category of U.S. infrastructure is in a dangerous or obsolete state — roads and bridges, power generation and transmission, water treatment and delivery, ports and air traffic control. There is no partisan divide on what is needed: a national initiative to modernize our 50- to 100-year-old infrastructure. The upside is as rosy as the status quo is dire. The United States can enhance its competitiveness, achieve a greener footprint and create upward of 2 million jobs.

That entire paragraph is pure hogwash. The overwhelming share of the nation’s infrastructure is not obsolete or dangerous, is not being starved for dollars; and has virtually nothing to do with the dramatic trend-line of decline in Main Street growth, investment, good jobs and real living standards.

Moreover, the infrastructure that actually does qualify for self-liquidating investment is overwhelmingly local in nature — urban highways, metropolitan water and sewer systems and airports. These should be funded by users fees and levies on local taxpayers — not financed by Washington issued bonds and pork-barreled through its wasteful labyrinth of earmarks and plunder.

In the above quoted passage, Howard attempts to throw in everything but the kitchen sink in his list of purportedly crumbling infrastructure. But as we have seen, the Interstate Highway System is at the center of the federal- government role, but it’s not crumbling at all. Indeed, since it could be maintained in high style for 0.17% of GDP, where’s the beef?

The key to restoring Main Street prosperity is not launching an infrastructure financing bank as the Beltway bandits keep insisting and even Donald Trump has now advocated. That will result in waste of capital, malinvestments, reduced economic efficiency and an even more bloated public sector than we already have.

The bank that needs addressing, in fact, is the nation’s central bank. Until the Fed’s massive intrusion in financial markets is eliminated via abolishing the Federal Open Market Committee and government-debt purchases, there is virtually no prospect of reigniting capitalist vigor and growth in the United States.