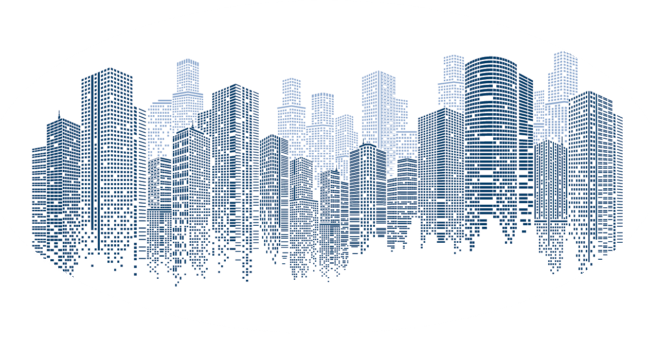 Americans Are Getting Out of Dodge

I want to discuss some of the permanent changes that the national economy is going through. It has to do with what you might call the Great American Exodus. There’s a massive migration out of the big cities. Millions of Americans are fleeing the cities for the suburbs or the country from coast to coast.

It’ll cost you much, much more than if you were going the other way. If you went from Sedona to LA, or the Catskills to New York, the price is only about one quarter as much. In other words, you have to pay a 400% premium to get the trailer going out of town, but U-Haul will practically pay you to bring it back in.

And there are shortages. If you’re moving out of your apartment to a house or another apartment outside of the city, try getting movers. I’ve done this recently myself, and know others who have. It was very hard to book moving companies or something as simple as a U-Haul trailer.

So the mass exodus out of cities is a real phenomenon, backed by solid evidence.

This is a shift we probably haven’t seen since the 1930s, when people left the Dust Bowl and moved out to California, looking for jobs in the agricultural industry. That was a mass migration. We’re seeing another one now, except this one’s going in the opposite direction.

And that’s a big problem for the economy because cities are centers of economic activity that contribute a lot to GDP. There are three primary reasons for the exodus.

The first is simple demographics. People talk about millennials as if they’re kids just out of college. But, the oldest millennial is turning 40 in two years. So they’re not kids anymore.  They’re often adults with jobs and families, and a lot of obligations.

Many of them have been living in cities since cities are generally interesting places to live and offer the greatest opportunity. But there’s a natural tendency for people in that demographic, who might have enjoyed the city in their twenties and thirties, to say it’s time to move out to the suburbs when they reach a certain age.

And that’s happening now. So that’s the first factor contributing to the mass migration from cities. The others are far more serious…

The most obvious is the pandemic. Look at New York City. Clearly it was ground zero for the pandemic in the United States. Something like one-third of all U.S. coronavirus fatalities took place in New York City or its immediate surroundings. That’s a highly compressed area.

And people realize that the density of the population, living on top of each other in crowded apartment buildings and offices, taking crowded public transportation, going to concerts and Broadway shows, etc., is like living in a Petri dish.

It’s obviously a lot easier to catch a virus in a crowded subway car than on a country road. So people are saying, “Give me space, and I think my health prospects are a lot better,” and that’s actually correct.

The third factor driving Americans out of cities is the riots.

Do not understate the damage of these riots. I don’t want to veer off into the social aspects or politics of the riots. Everyone’s got their own opinions. And peaceful protest is our constitutional right, which should be supported. If you’re peaceful, you have every right to protest against injustice.

But no one has a right to loot stores and start fires. We shouldn’t have to debate that.

And with many calls to defund the police, people who might enjoy city life can see the writing on the wall. Crime rates are already spiking in New York, for example, which will probably get worse. And the NYPD has seen a 400% increase in retirement applications since the riots.

Cities have always been a trade-off. You had high taxes, lots of city noise, crowded conditions and certain levels of crime. But many put up with all those costs and annoyances in exchange for a very lively cultural and intellectual environment, more interesting jobs, interesting people, museums, great restaurants, movies, live shows, Broadway in the case of New York, etc.

But now the trade-offs don’t seem worth it for many. The cultural aspects are gone. Museums are closed. Restaurants are closed. Movie theaters are closed, etc. And crime is going up. So you’ve got all the costs and then some, but none of the benefits. And that’s why people are leaving.

So when you combine demographics, a pandemic that makes city living unattractive and riots, you get a major generational shift that we haven’t seen since the 1930s.

Now, you cannot underestimate the economic impact of this. The cities are where most 80% or more of the population, economic output, job creation, and R&D are centered. And who’s leaving the cities?

And of course, now we have this whole work from home model. So a lot of corporations are saying, we don’t need 10 floors on 53rd and Park Avenue. We can do two floors of shared conference facilities, with a shared receptionist. So the commercial real estate market faces some strong headwinds.

The bottom line is, we’re looking at a substantial drag on economic recovery based on this migration out of the cities. It’s a big story that’s not getting nearly enough coverage.

And this is going to continue. This is something that only happens every two or three generations. You probably have to go back to the baby boom in the late 1940s and early 1950s for something comparable.

But there’s one sector of the economy that is doing well. That’s residential housing because it’s getting hard to find a house in many places. People are even bidding on houses without ever having seen the property.

If you’re looking to invest, you might want to look at suburban real estate and housing.